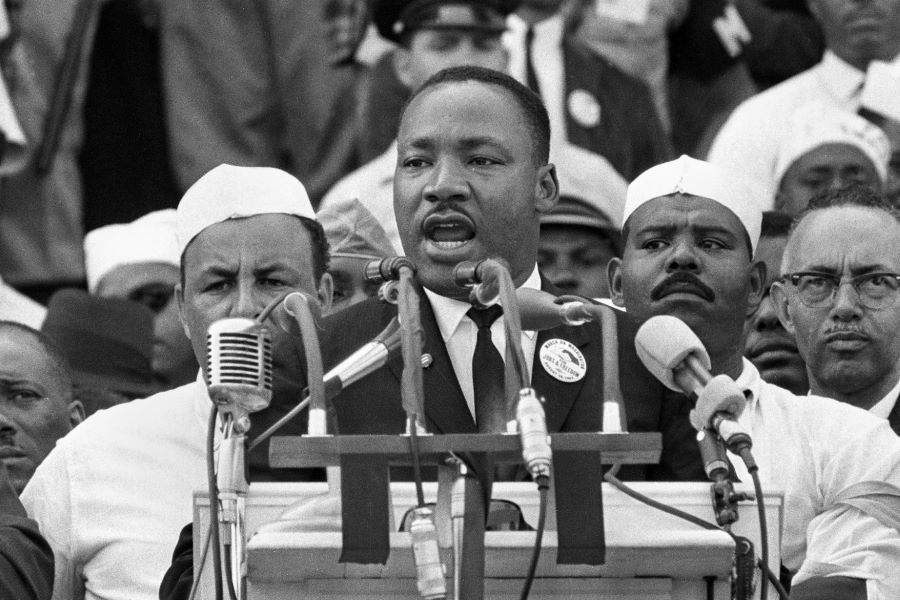 Reading the newspaper or scanning the headlines on TV and social media is enough to drive a person to despair these days.

Apocalyptic wildfires in the western United States and devastating floods in Europe, Africa and Asia reflect the rapaciousness of global warming. COVID-19 continues to cast a vast shadow of death across the planet. The Middle East is still in disarray.

If that were not enough to worry about, the braying cruelty of authoritarianism seems on the march almost everywhere we look.

A few days from now, I’ll celebrate my 79th birthday. As I enter the octogenarian phase of my life, I’m mindful of the truth of what Dr. Martin Luther King Jr. once said: “The arc of the moral universe is long, but it bends toward justice.”

There are reasons to be upbeat despite much dire news.

In the eight decades I’ve been alive, I’ve seen incredible change, much of it for the better. A nuclear Armageddon no longer poses the threat of instantly annihilating civilization in the blink of an eye, the way it did in my youth. The shackles of colonialism that burdened most of humankind for centuries are now but a distant memory.

The work of agronomists such as American Norman Borlaug, father of the “Green Revolution” in global food production, has reduced hunger, famine and misery that even in my lifetime was the lot of most of humanity.

Dr. King’s dream of a world free of bigotry and discrimination has yet to be realized. But the treatment of people of color in most societies arguably is not as intolerable as it was in the world I was born into.

While the struggle for racial equality has far to go, the revulsion that people of all colors around the world felt when George Floyd was murdered is but one sign of the progress we’ve made.

Equal rights for males and females are more than a slogan.

The most revolutionary impact of the change I’ve witnessed on folks like myself — a healthy, fairly well-educated white male — is that the man’s world I grew up in is no more, at least in the United States. Andrew Cuomo’s resignation as New York governor is the latest proof of that.

Cuomo’s swift political downfall in the wake of allegations that he subjected women in his official orbit to unwanted advances is evidence that what once was dismissed as “boys will be boys” behavior just doesn’t cut it anymore.

Further evidence of such change: A woman is now a heartbeat away from the U.S. presidency. Equal rights for males and females have become more than an empty slogan for millions.

I behold all this with amazement and gratitude.

Set high standards and uphold them.

However, I’m still struggling to understand the technological change I’ve seen in the latest eight decades.

Airplanes that can whisk passengers from one location to any other on Earth in a matter of hours? Unheard of when I was born. Space travel becoming almost routine? Ditto. Self-driving cars? You gotta be kidding. Apple watches? Only in science fiction stories.

Topping the list of technological wonders is the reality that we enjoy incredible connectivity via computer and mobile phones that allow us to communicate instantly from almost anywhere and access the knowledge found in the world’s greatest libraries and museums.

The downside is that it also makes it easy to spread vicious misinformation and the vilest forms of invective, turning politics into almost a blood sport and making good government nearly impossible.

This is the poison apple that makes me condition my optimism with the modifier “somewhat.”

I won’t be around to see the end of the movie. Since you’ve been with me this far, you’re probably asking what can be done to bring about a happy ending.

You’ve undoubtedly heard this oldster’s advice before: Get engaged. Stay engaged. Do everything you can to make this ever-changing world better than it was when you arrived. If you get discouraged along the way, remember Dr. King’s aphorism: “The arc of the moral universe is long, but it bends toward justice.”

Remember, also, that “evil triumphs when good men (and women) do nothing.”

That well-known quote has been attributed variously to Irish statesman Edmund Burke and British philosopher John Stuart Mill. Both expressed the same general sentiment, but neither said those exact words. You get the idea. Set high standards for yourself and those around you, and uphold them. Unceasingly.