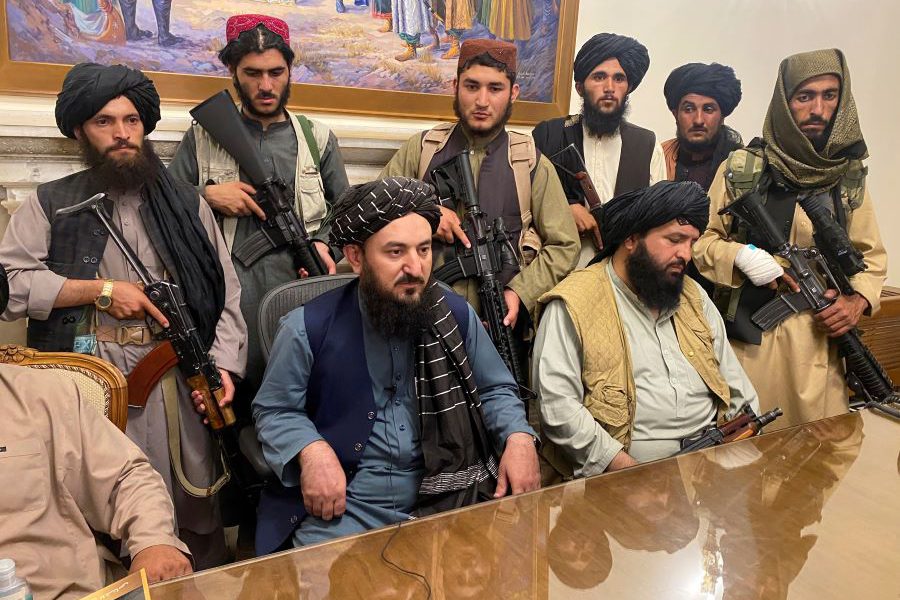 The Taliban arrived at the gates of Kabul after a lightning sweep across Afghanistan, intent on driving out their demoralised opponents and imposing strict Islamic rule.

Sound familiar? Yes, but this was a quarter of a century ago when the puritanical Afghan movement was only two years old.

The 9/11 attacks on the United States, which precipitated two decades of  American military intervention in Afghanistan, were still five years away.

Their Saudi-born mastermind, Osama bin Laden, had only recently returned to Afghanistan, where he forged links with former Taliban leader Mullah Omar.

“Black-bearded Taliban warriors swarmed into Kabul,” I wrote excitedly in a Reuters despatch in late September 1996, the day after I flew into the Afghan capital on the last Red Cross flight before the city changed hands.

Back then, their foes were fractious Islamic militias, who had fought the Soviet occupation of Afghanistan for a decade until the Red Army departed in 1989, leaving a tough, Moscow-backed president named Najibullah in charge.

Pursuing Cold War logic, the United States, in cahoots with Saudi Arabia and Pakistan, had armed and funded the anti-Soviet fighters.

Many militants took jihad home with them.

Washington disregarded the Islamic radicalism of at least some of the Afghan factions  – and of the many Arabs and other Muslims, such as bin Laden, who joined the struggle and, when it ended, took violent jihad home with them.

“Wild-eyed and battle-grimed, the Islamic rebels took over the city with little bloodshed,” I reported from the Afghan capital 25 years ago.

Nevertheless, in the morning after the overnight Taliban takeover, some colleagues and I found Najibullah’s body “battered and bloody, hanging with a steel noose around his neck” from a concrete traffic post near the presidential palace.

Najibullah, ousted in 1992, had spent four years as a virtual prisoner in a United Nations compound in Kabul after a deal to evacuate him collapsed.

A senior Taliban leader, newly installed in the presidential palace, told us later in the day that Najibullah, killed along with his brother, had deserved his fate because of his “communist” past and the blood of Muslims on his hands.

“The message is very clear. Anyone who works against Islam will meet the same fate,” Mullah Mohammad Rabbani declared.

Many in Afghanistan looked to the Taliban to provide order.

Government leaders and their forces had fled Kabul the previous day, despite promises to defend the capital to the death.

“We are not short of ammunition, fuel, morale or motive,” a defence ministry spokesman had told us over small glasses of sweet tea in the incongruously lush setting of the long-departed Austrian ambassador’s garden.

“We will remain in Kabul whether we are on the earth or beneath it.”

Yeah, right, we thought. Our scepticism grew when we saw panicky government fighters on the city outskirts with sounds of battle alarmingly close.

At dusk that night, we passed the Security Ministry, empty and abandoned. Weary fighters trudged through the streets, the rearguard in full retreat. Residents ventured out only to burn portraits of the president before their new rulers arrived.

For a brief moment, Kabul seemed a ghost city. The old order had gone, the new had yet to appear.

Kabulis had taken the brunt of four years of civil war that rival factions had waged after Najibullah’s overthrow, and much of their city lay in ruins.

Resentment of militia exactions, abuses and corruption was magnified in the religiously conservative countryside and in provincial cities such as Kandahar, the birthplace of the Taliban.

Even Afghans who did not share their hard-line ideology looked to the Taliban to end militia predations and provide order and security, however harsh their rule.

How many Afghans have seen improvements in the last 20 years?

Many Iraqis showed a similar reflex after the U.S.-led invasion of 2003 led to civil war and the capture of state institutions and resources by militias. They expressed their yearning for order in nostalgia for their former oppressor Saddam Hussein.

The United States, enraged by al-Qaeda’s September 11 attacks in 2001, overthrew the Taliban, forced bin Laden to flee and engineered the return to power of many of the same factions and warlords that the Islamic militants had replaced five years earlier.

But just as in Iraq later, U.S.-led efforts at nation-building in Afghanistan ran aground on the rocks of corruption and colossal waste, not to mention resentment at foreign forces responsible for the deaths of many civilians, as well as militants.

But how many Afghans have seen real improvements in state services, living standards or the judicial system in the last 20 years? Not so many, mainly those with access to power and their cronies.

Open question whether the Taliban will moderate their strictures

The Afghan army and security forces, supposedly 300,000 strong and armed and trained by the United States and its allies at vast expense, have folded almost without a fight as the Taliban swept them aside in the past month, their morale sapped by poor leadership, supply failures and apparent absence of any clear strategy.

Again, this suggests a parallel with Iraq, where U.S.-trained forces tamely gave up the city of Mosul and large tracts of the north to Islamic State insurgents in 2014.

The Taliban have won, outwitting and out-waiting their foreign foes until U.S. President Joe Biden decided to cut his country’s losses, presumably believing that no amount of manpower, dollars, diplomacy or investment was going to produce a credible and effective Afghan government able to tackle the country’s crying needs.

Whether the Taliban will make a better fist of it may depend on whether they are ready to moderate the fierce strictures they previously imposed in the name of Islam, adopt an inclusive approach to Afghan communities outside their own mostly Pashtun base and allay regional and international worries about their return to power.