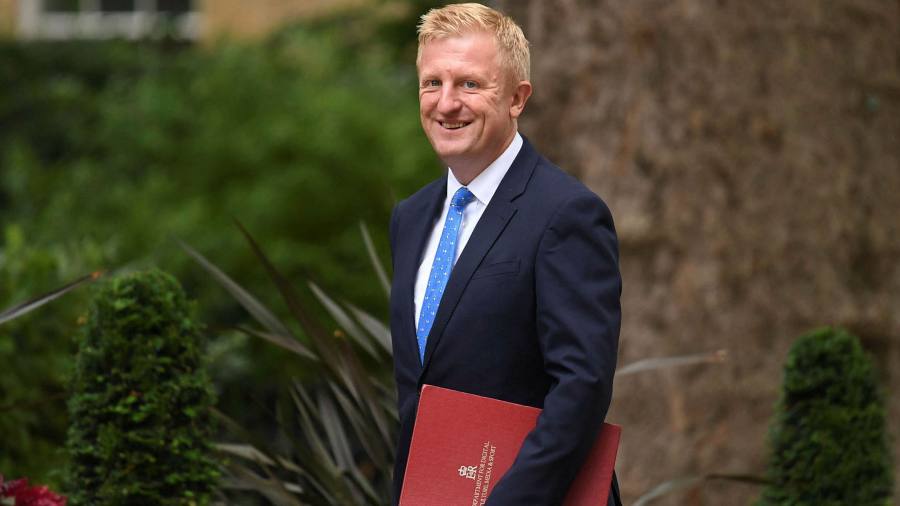 Sign up to myFT Daily Digest to be the first to know about Brexit news.

Just because you can, does not mean you should: a warning that Conservative ministers would do well to heed as they look to sever European Union rules in the wake of Brexit. Government plans to scrap an EU rule guaranteeing human checks on decisions made by computer algorithms would not only remove a vital safeguard against inbuilt machine bias; it also risks adding, rather than cutting, burdens on business.

The government wants to create a “data dividend” to boost innovation, with artificial intelligence among the sectors to be nurtured. It is understandable that the government feels pressure to show Brexit’s benefits — and there are areas where the UK could jettison Brussels rules in its favour — but cutting key protections of the EU’s general data protection regulation, as mooted in a consultation unveiled on Friday, is not the right way forward.

GDPR’s Article 22 guarantees a human review of algorithms’ decisions, in areas as sensitive as loan provision or recruitment. Abandoning it would be foolhardy. Coming after lamentable — and now shelved — plans to harvest patient information from GP surgeries, the proposals are another assault on individuals’ data rights by a government emboldened by the pandemic’s necessary trade-offs around information sharing. It would also make the UK an outlier when even countries such as China — and indeed technology companies themselves — are moving towards greater human oversight of algorithmic decision-making.

The UK is also looking at scrapping cookies; pop-ups that inform internet users they are being tracked by advertisers. Cookies may be annoying but they are not, as the culture secretary, Oliver Dowden, claimed, “pointless”, as they allow users to decline tracking. Far neater is the suggestion by Elizabeth Denham, the information commissioner, that users set preferences once on their browser. That, however, would require global co-operation.

In all, the proposals risk creating more, not less, hassle: if rules on personal data diverge too wildly from the EU’s, the bloc could revoke a February agreement to allow continued information flows across the Channel, which would be disastrous for businesses. In any case, for UK companies doing any kind of business in the EU, having a separate domestic regime to comply with seems onerous, not innovative.

Similar issues are playing out in financial services, where a lack of an access agreement means that politicians, regulators and the City of London are divided as to how far the UK should diverge from EU rules. So far, tinkering is at the edges, focusing on insurance rules called Solvency II. A bloc-wide insurance regime was always too blunt for the idiosyncrasies of domestic markets but even the EU is reviewing it. Part of the rules, known as the risk margin, which insurers complain makes them hold too much capital when interest-rates are low, look like they will be recalibrated but the Bank of England is wary of letting insurers free up a big chunk of capital.

Both industry and regulators agree on scrapping the EU banker bonus cap. Bankers obviously hate it and UK watchdogs are dubious because they feel it drives up fixed pay and removes discretion to withhold most remuneration in the event of wrongdoing.

But conversely, this is one area the government will not touch. Arguing for abandoning limits on banker bonuses would be politically toxic, particularly in “blue wall” constituencies. It seems with bonuses, ministers seem content to do nothing, even though they could do something: an EU rule worth jettisoning that even Brexit cannot banish.