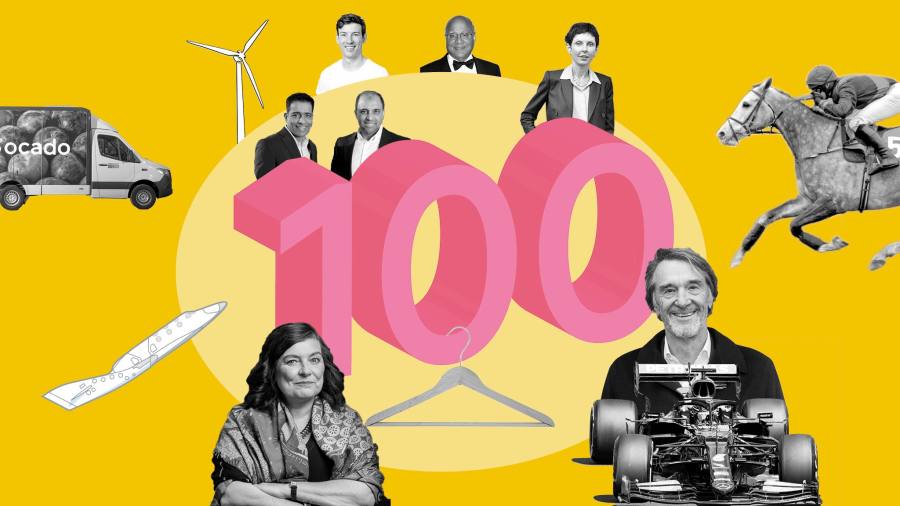 Sign up to myFT Daily Digest to be the first to know about UK companies news.

This list was partly inspired by a cri de coeur from outgoing Baillie Gifford fund manager James Anderson: “Why have we not grown any giant companies?”

It does not undermine that sentiment. There are no modern UK entrepreneurs who can measure up to Elon Musk or Jeff Bezos, whose success at Tesla and Amazon powered Anderson’s performance at Baillie Gifford.

In a companion article, we examine why that is and whether the climate is changing in the UK. But here we look at those entrepreneurs who have built, if not giant, then often extremely large businesses, together with others that have achieved a lofty valuation on the promise of future success.

The list is not exhaustive. Our rule of thumb was revenues or a valuation of at least £500m. Entrepreneurs did not have to be British to qualify but have close ties or a base in the UK. They do need to remain involved with the company, though not necessarily leading it. They do not need to be founders but do need to be responsible for most of the growth.

A comparable list in the US would be dominated by the tech sector. That is not the case in the UK, where a lot of the top businesses are in older industries. The people who built them are often older too – and overwhelmingly male.

If you know of an entrepreneur that we neglected rather than deliberately ruled out — please get in touch or shout in the comments below and we will award an appropriate prize in atonement.