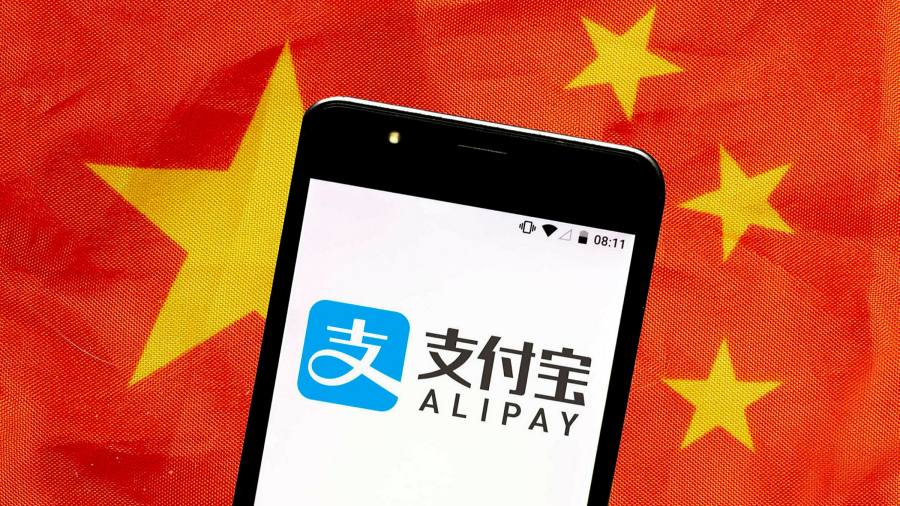 China is knocking down the walls and breaking up the powers of its Big Tech companies at a pace that regulators and politicians in the US can only dream of.

The two biggest Chinese tech companies, Alibaba and Tencent, promised to open up their online empires on Monday and end the lack of interoperability between their platforms.

But our China team reports that after being summoned to a meeting with the Ministry of Industry and Information Technology (MIIT) last week, both companies say they will now allow competitors to access their “walled gardens”. The meeting was also attended by ByteDance, Baidu, NetEase, Huawei and Xiaomi.

“We resolutely support the decision of the Ministry of Industry and Information Technology and [will] implement it in phases,” said Tencent. Alibaba said it “will fully comply” with the ministry’s demands.

At the same time, we’ve learnt that Beijing wants to break up Alipay, the superapp owned by Jack Ma’s Ant Group that has more than 1bn users, and create a separate app for the company’s highly profitable loans business, in the most visible restructuring yet of the fintech giant.

Regulators have already ordered Ant to separate from its main business the company’s two lending units — Huabei, which is similar to a traditional credit card, and Jiebei, which makes small unsecured loans. Now officials want these lending businesses to have their own independent app as well.

The plan would also require Ant to turn over the user data that underpins its lending decisions to a new and separate credit scoring joint-venture that would be partly state-owned, according to two people familiar with the process. “The government believes big tech’s monopoly power comes from their control of data,” said one person close to financial regulators in Beijing. “It wants to end that.”

In case you missed it, The Big Read last week looked at the Chinese leader Xi Jinping’s vision for how data should be protected and used to boost the economy and order people’s lives.

1. Kape buys ExpressVPN
A UK-listed digital privacy company controlled by billionaire Teddy Sagi is acquiring one of the best known global virtual private network providers. Kape’s deal to buy rival ExpressVPN from its founders for $936m in cash and shares is one of the biggest struck by a UK tech company in recent years. Sagi features in our new list of the 100 top UK entrepreneurs and check out our analysis of why the UK has failed to produce any dominant tech companies. Arm may be the closest to that in terms of global influence and Ken Costa argues a London IPO would be the best outcome for the chip designer.

2. South Korea crypto crackdown on ‘kimchi coins’
South Korean cryptocurrency traders are bracing for losses of more than Won3tn ($2.6bn) as two-thirds of the country’s crypto exchanges are set to be wiped out in a regulatory overhaul. In other crypto news, Coinbase, the largest cryptocurrency exchange in the US, is poised to borrow $1.5bn from bond investors this week. European hedge fund Brevan Howard will “significantly expand” its foray into digital assets with the launch of a new unit focused on the industry. Alphaville says news of a Walmart link-up with cryptocurrency Litecoin is definitely not true.

3. Ireland fails to enforce EU law against Big Tech
Ireland is failing to apply the EU’s privacy laws to US Big Tech companies, according to privacy campaigners. Google, Facebook, Apple, Microsoft and Twitter all have their European headquarters in Dublin, making Ireland’s Data Protection Commissioner the lead EU regulator responsible for holding them to account on privacy issues. The FT View, on the UK cutting key protections of the EU’s general data protection regulation, as mooted in a consultation unveiled on Friday, is that this is not the right way forward.

4. Japan is belatedly recognising the risks of cyber war
Japan has finally got around to launching its Digital Agency — a new cybernetic arm of government cranked into existence by analogue panic over the sheer volume of paper involved in day-to-day government. But coming so embarrassingly late, Japan will pay a reputational price for its decades of foot dragging, writes Leo Lewis.

5. Apple’s prospects in cars and in court
Ahead of the iPhone 13’s unveiling tomorrow, read our analysis of its chances of launching an Apple car anytime soon. Patrick McGee also assesses Friday’s court verdict, where the US judge presiding over Epic Games’ high-profile antitrust case against Apple declined to give either side a full victory.

Monday: Oracle, the business software provider whose shares are up 40 per cent this year, reports its first-quarter results after the market close.

Tuesday: The iPhone 13 and an Apple Watch Series 7 are expected to be unveiled at an event at its headquarters starting at 10am Pacific time. SEC chair Gary Gensler will testify before the Senate banking committee and can expect questions on crypto exchanges after his recent warnings. SpaceX is due to launch the first all-civilian crew into space with the Inspiration 4 mission being billed as a philanthropic endeavour, with the goal of raising $200m for St Jude’s Children’s Hospital in Memphis, Tennessee.

Friday: Shareholders of Alibaba will gather in Hangzhou for its annual meeting. The dual-listed group has faced negative headlines including from a sexual assault case involving employees, which prosecutors dropped last week. It is also grappling with Beijing’s clampdown on allegedly monopolistic practices by tech companies.

It looks like something out of a movie and the first images of Maverick Aviation’s jetpack released today feature its chief technology officer Matt Denton, who worked on animatronics and control systems for the Star Wars series. The jetpack is aimed at more serious challenges such as maintenance work, inspections and rescues and is designed to be operated hands-free, allowing people to make safer flights, and precision landings on structures that are difficult to access — from wind turbines to military hardware and construction projects. British start-up Maverick says the jetpack can be reconfigured as a heavy-lift drone capable of being operated remotely and carrying ten times the payload of current similarly sized systems on the market — easily enough to lift a casualty like a stricken climber to safety. The first manned test flight is set for next summer and the company is looking for further investment to take the jetpack to market.