Yet another HTC phone is coming and despite what it’s naming may lead you to believe it’s a decidedly entry-level affair. The HTC Wildfire E Ultra was just listed on Google Play Console, which confirmed a few key specs.

The chipset is a Unisoc SC9863A with 8 Cortex-A55 cores coupled with 2GB of RAM. Up front is a 480p screen, which is a proper rarity these days. 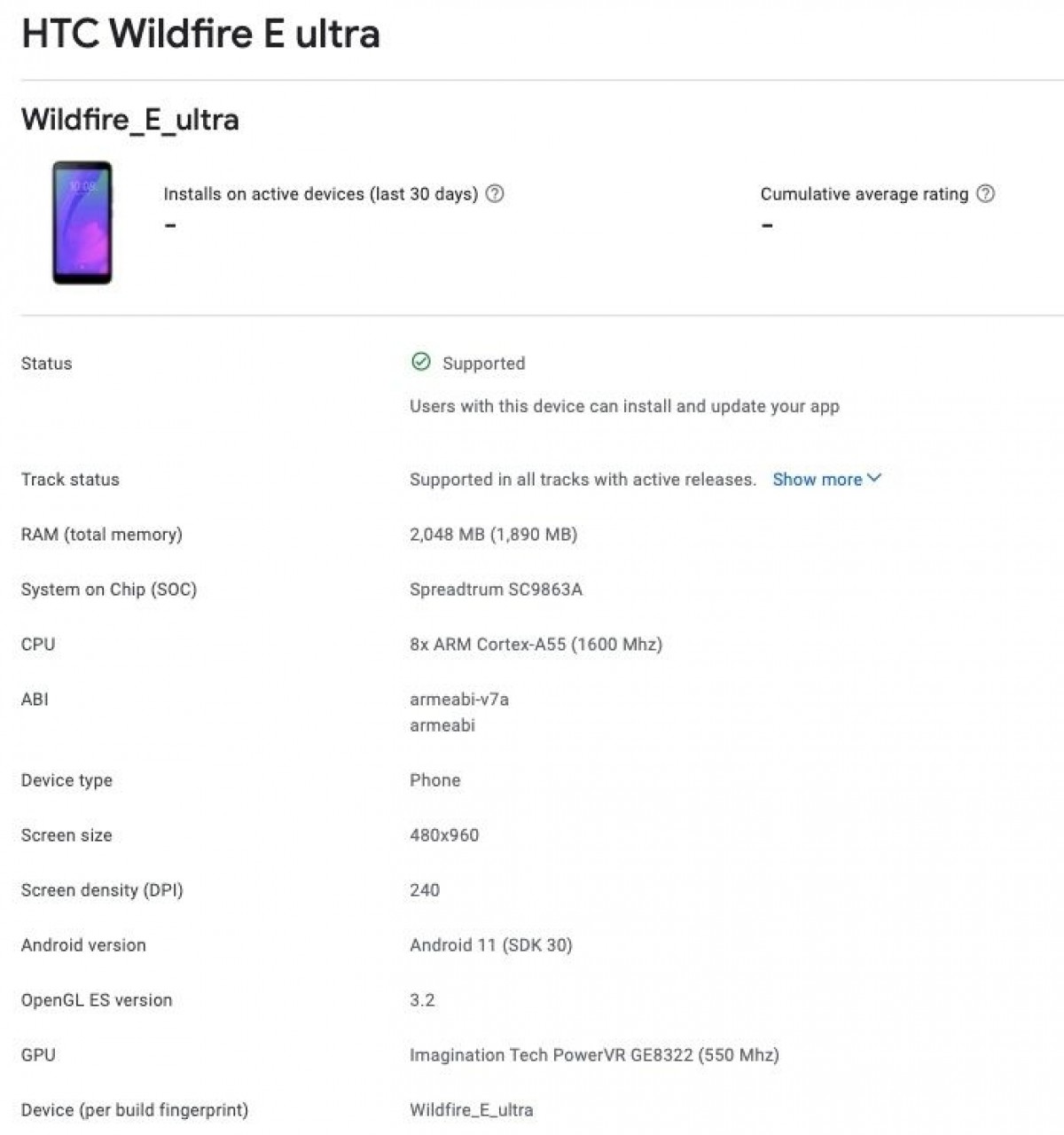 The image shows a phone with loads of bezels all around and physical keys on the side. On the upside the phone runs Android 11, which will likely no longer be the latest one by the time the phone launches, but is still recent enough for what will inneviatebly be a very cheap phone.

We have no idea what makes the Wildfire E Ultra so ultra, but we suspect it could be the battery. With such a modest chipset and screen a particualrly capable camera setup seems unlikely, so we might be looking at an ample power pack.