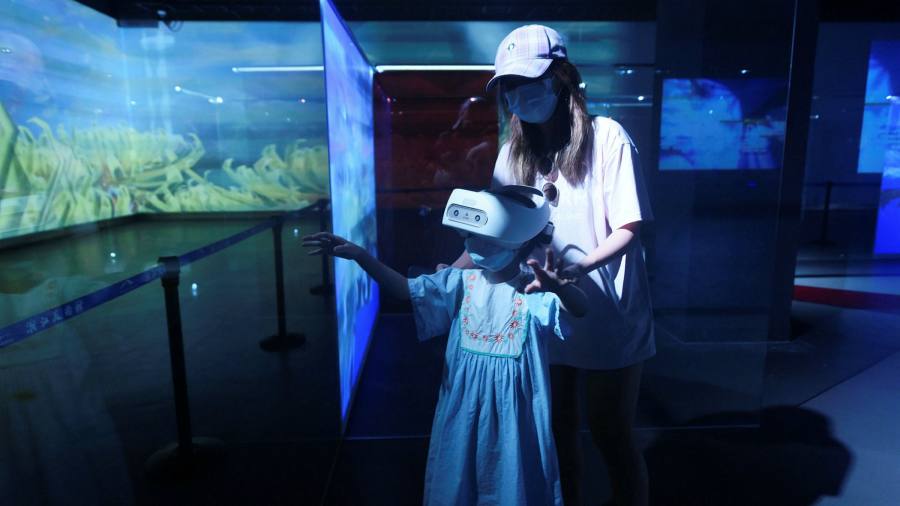 The Luddites claimed a place in history when they smashed up textile looms displacing their labour. But there was a quieter constituency unrecognised for the profound impact they had on the industrial revolution: the masses of people who sat back and let technology transform the world.

Now, on the brink of another revolution, wrought by artificial intelligence, AI guru and former head of Google in China, Kai-Fu Lee, warns that this time, societies need to be prepared for the destructive potential of machines that are capable of reasoning, learning and problem-solving like humans.

AI 2041 presents a “road map of the coming decades” demonstrating how AI will develop through a combination of essays written by Lee and short stories penned by the rising star of Chinese science fiction, Chen Qiufan. Chen transforms Lee’s vision into 10 tales set across the world, from an Indian teenager’s fight against a discriminatory algorithm in her quest for love to an evil German scientist on the brink of unleashing quantum genocide.

The book brims with intriguing insights into the ways industries could harness intelligent machines. Medical examinations will no longer require human contact, with smart toilets analysing patients’ excrement without any need for handling test tubes. Waiters will give dish recommendations based on records of a customer’s favourite meals and penchant for adventure.

The thesis is simple: AI has the capacity for good and evil, but humans — not machines — are responsible for determining its end use. The book warns readers to guard against apathy that could easily take root if we presume to have lost the capacity to shape the world by giving intelligence to machines. “We are the masters of our fate, and no technological revolution will ever change that,” writes Lee.

The authors hold up a mirror to the state of AI today for clues about what the future holds and presents a laundry list of measures governments and companies should take to defend against the technology’s negative externalities.

But the book fails to reflect on the most glaring example of its harmful application. No mention is made of the role leading Chinese AI companies play in enacting China’s sprawling surveillance state — unsurprising given Lee’s financial stake in the issue.

His venture capital firm Sinovation was an early investor in Megvii, whose facial recognition technology is used by Chinese security services to enforce strict population control measures. The New York Times reported in 2019 that Megvii’s AI had been trained to identify Uyghur Muslims, enabling police to track their movement in Xinjiang. The company denies that their tech is used to violate human rights.

Chen’s short stories in AI 2041 also lack the dark and witty introspection that makes his earlier work so convincing. The writer gained notoriety with his 2011 short story, The Fish of Lijiang, a brilliantly crafted tale of a burnt-out office worker who goes to a holiday resort frequented in his youth to escape the drudgery of his digitalised existence. The protagonist falls deeper into despair upon discovering that everything in the resort is fake, including the holographic fish he presumed to be the only remaining sign of real life.

But the stories in AI 2041 are made subservient to the book’s aim of educating the reader. Clunky explanations about AI are shoehorned into dialogue, with too few words spared for the fast-paced narrative.

For all the book’s flaws, it does succeed in demystifying AI and provides a useful cautionary guide. Some of the warnings about the dangerous externalities of AI are familiar. In 2041 Nigeria, deepfake videos of popular figures seemingly spouting vitriolic propaganda exacerbate tensions between the Igbo and Yorubas. Jordan Peele, director of Get Out, in 2018, released a video of a machine-generated Barack Obama calling Donald Trump “a total and complete dipshit” to demonstrate that the human eye could no longer discern fact from fiction.

But where technology has created a problem, it also has a solution. Lee predicts regulation will mandate social media sites to host anti-deepfake software to alert users to fabricated content.

“In the story of AI and humans, if we get the dance between artificial intelligence and human society right, it would unquestionably be the single greatest achievement in human history,” Lee proclaims.

AI will also be a force for good. Lives will be saved with quicker medical diagnoses. Repetitive tasks from stacking shelves to crunching data will be done by machines, freeing workers for more creative tasks. AI 2041 is a manifesto for us to seek out the best in this technology. It falls to everyone — including the authors of this book — to put that lesson into practice.