Apple kicked off its hardware announcements today with iPads. Both the entry-level iPad 10.2 and iPad mini got new versions.

The new 10.2-inch iPad is powered by the A13 Bionic promising 20% performance boost over the A12 Bionic in last year’s model. The display size and bezels remain the same, but on the upside that means retained compatibility with accessories for the previous iPad 10.2, including the first gen Apple Pencil. And Apple did add the TrueTone feature to its entry-level tablet. 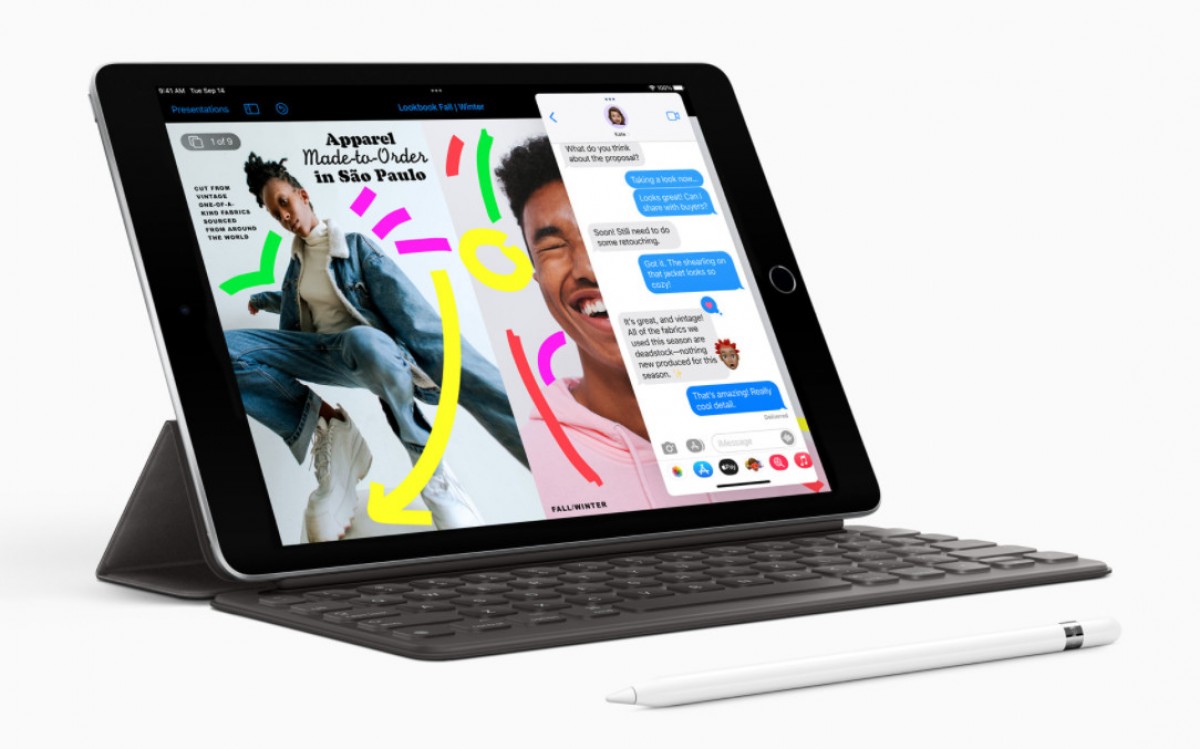 Arguably the most important upgrade is the bump in the base storage, now the iPad starts at 64GB

The rear camera is the same, but Apple promises the new ISP in the upgraded chipset will somewhat enhance image quality. The front camera gets a proper upgrade and it’s now got a 120-degree ultrawide lens and a 12MP sensor. 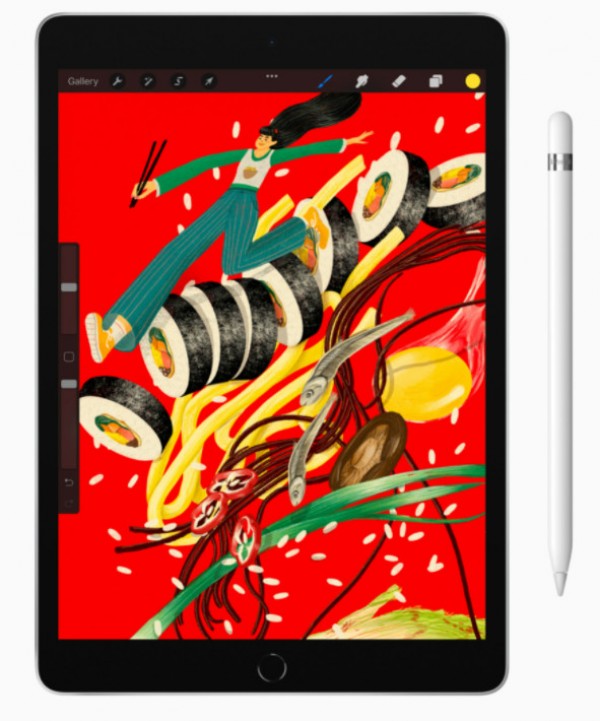 The Gold option is no longer available but the Space Gray and Silver colors are still around starting at $329 for the Wi-Fi only model while the cellular variant starts at $459. You can order it right away with actual availability starting on September 24. The iPad mini 6 got a lot more upgrades, starting with a totally overhauled design with flat edges and curved corners of the screen to bring it in line with the rest of the recently released iPads and iPhones. 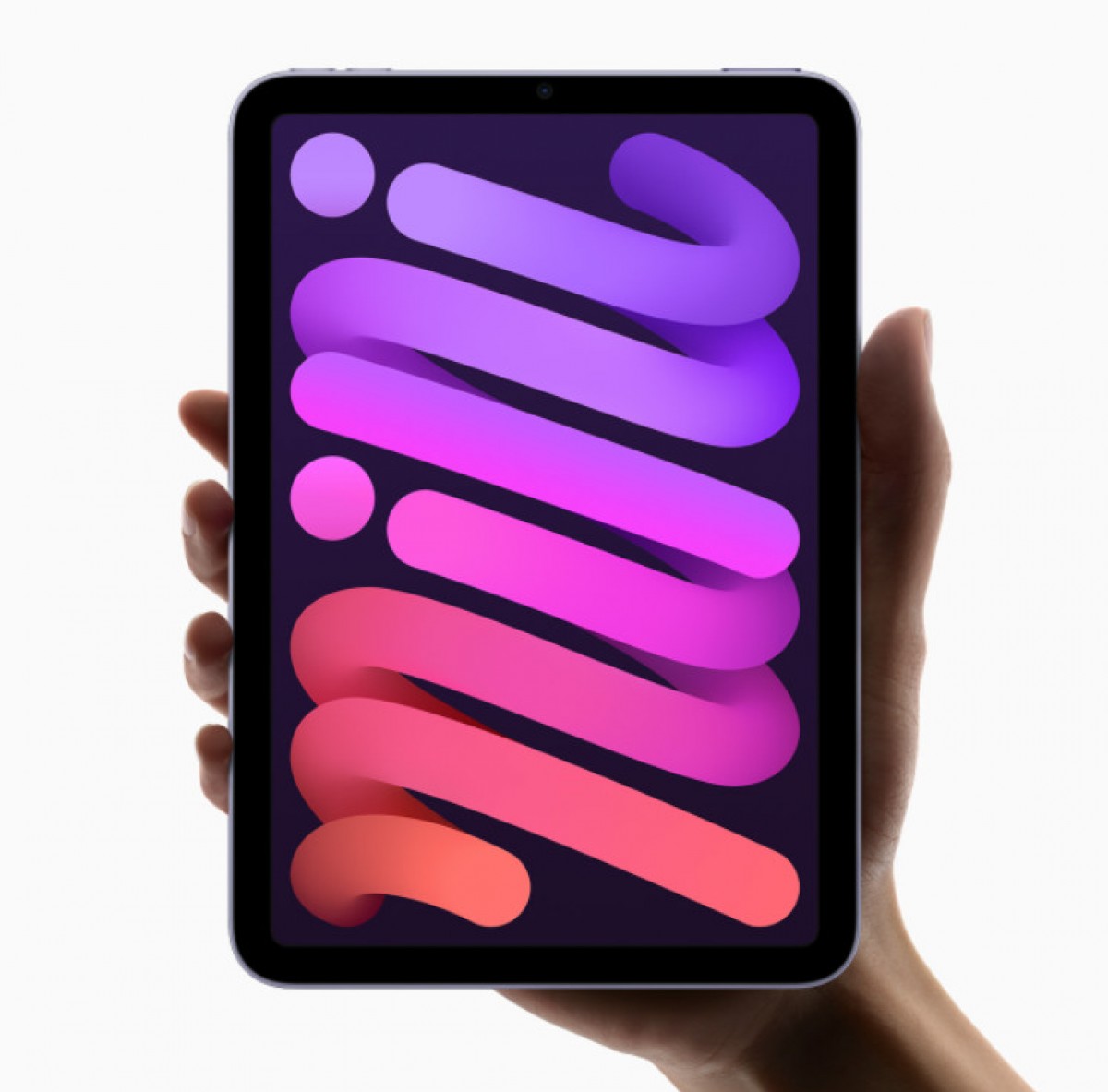 Retaining the same footprint as before, the new mini now offers a 8.3-inch display as opposed to 7.9 inches on the outgoing model. The home button with embedded Touch ID is gone with the fingerprint sensor moving over the power button. 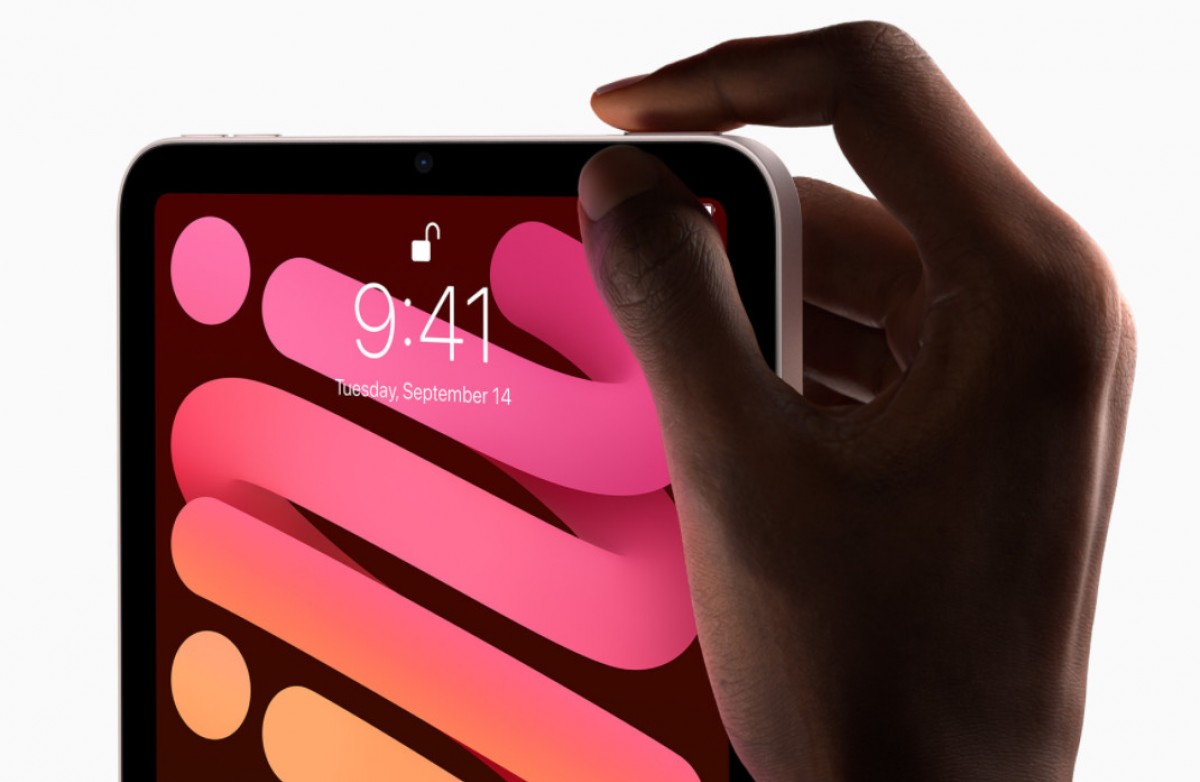 The TrueTone feature made it to the iPad mini 6, and its panel can reach a brightness of up to 500 nits.

For a more complete multimedia experience, Apple has included stereo speakers in landscape orientation as well.

The newer blocky design allows snapping the Apple Pencil (2nd gen) on the side using magnets. The new iPad mini employs the latest generation Apple A15 Bionic chipset with a whopping 40% jump in computational performance compared to the older iPad mini as well as 80% leap in GPU performance.

The diminutive table also received an upgraded 12MP main camera on the back with True Tone flash and wider f/1.8 aperture. The front front-facing got another 12MP sensor, this time behind ultrawide lens. The cullular version of the iPad mini was upgraded to 5G, while the Lightning port has finally been swapped for the far more universal USB-C port. 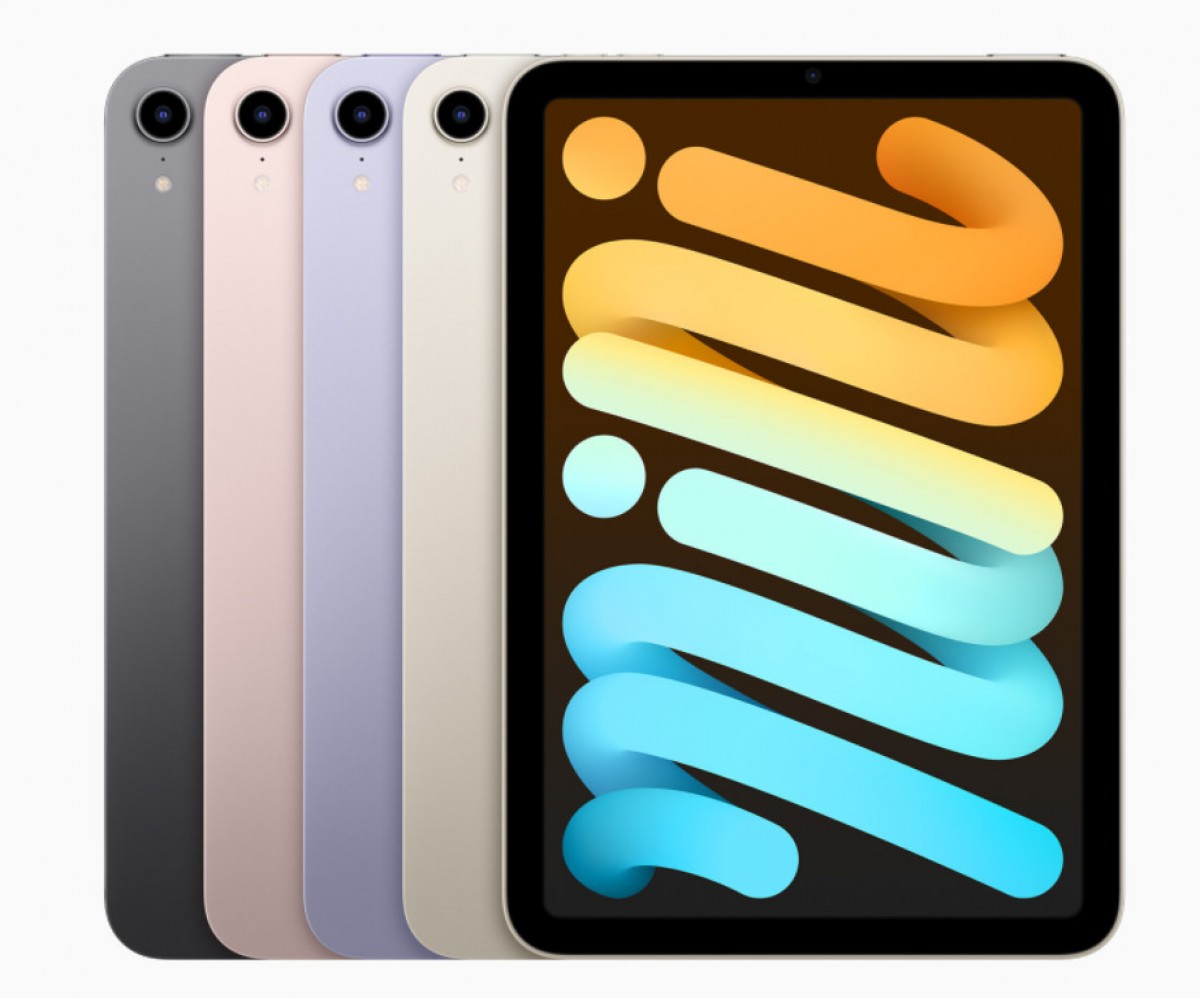 The Wi-Fi only configuration starts at $499 while the cellular one is $649 for the base 64GB version. You can upgrade the storage up to 256GB 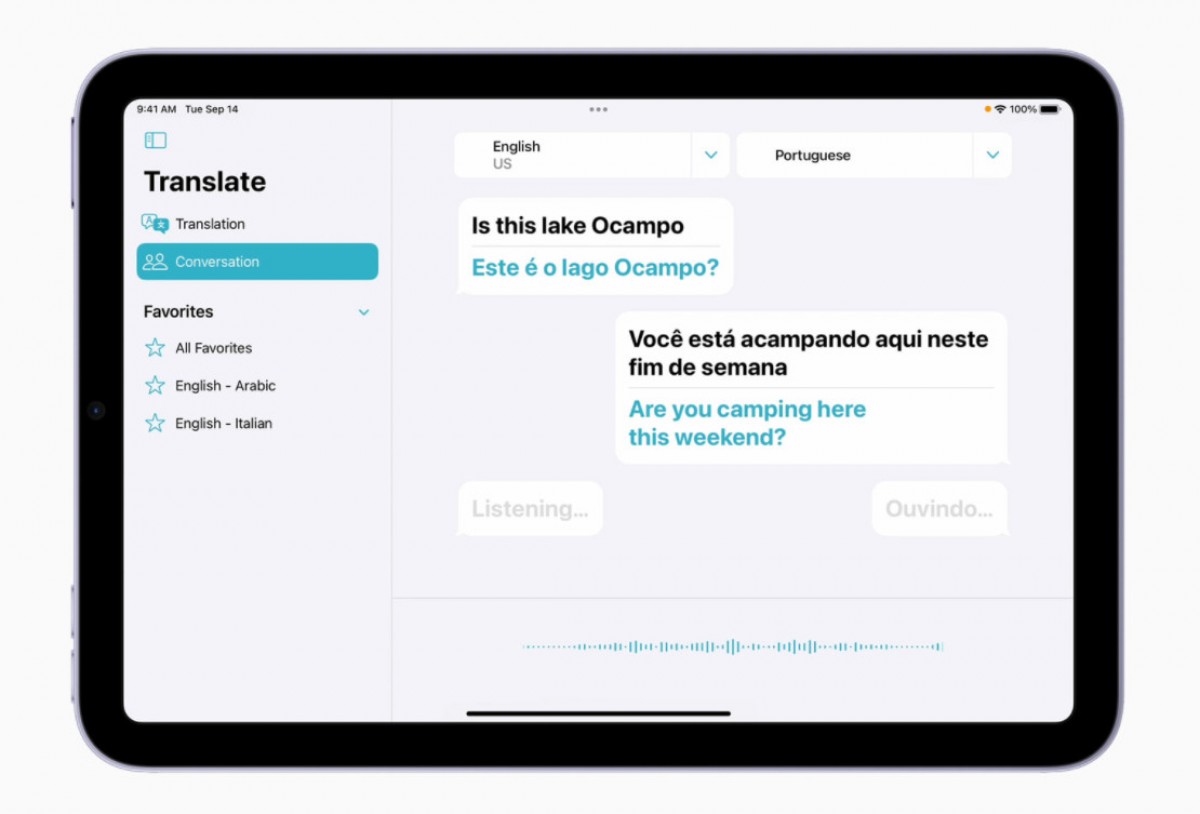 Naturally both new iPads will ship with the updated iPadOS 15 that now offers widgets on the home screen, the system-wide with Quick Notes, real-time translation with the Translate app, improved multi-tasking capabilities and notification filter called Focus.