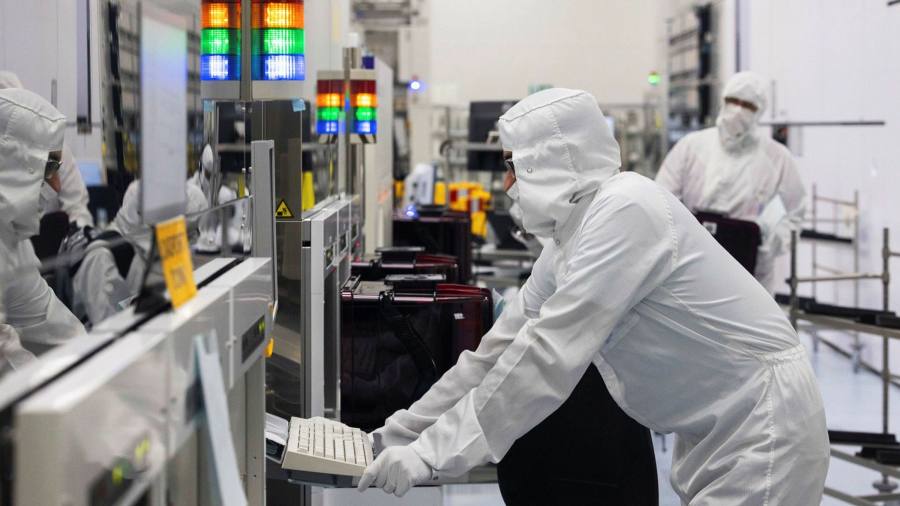 The EU must offer at least €20bn in subsidies if it wants to “move the needle” on computer chipmaking in the bloc, according to the head of one of France’s leading suppliers of semiconductor materials.

Paul Boudre, chief executive of Soitec, a €7bn supplier of the silicon wafers that are used to make chips, told the Financial Times that Europe was capable of building a significant sovereign supply of chips. “But is it going to play? That’s the answer we are waiting for,” he said.

In recent months, as chip shortages have squeezed industries from carmaking to consumer electronics, the EU has said it is interested in doubling domestic production to 20 per cent of the global market by 2030.

Limited financial support has been offered to date. The US, meanwhile, is close to finalising a $52bn subsidy package for its chipmakers.

Boudre said that for EU chipmakers such as Infineon, Bosch and STMicroelectronics to win a bigger share of the global market, they needed to receive the “equivalent capabilities and support they would get in other regions of the world”.

A €20bn package should be directed strategically to the manufacture of products where the continent already has expertise, he added. These include the market for chips that are 22-nanometer or bigger instead of the smaller chips that are currently at the cutting edge, as well as expanding into the market of products between 22nm and 10nm over the next three years.

“Going down to 10nm, we have skills, we have capacity,” Boudre said, adding that the even smaller chips, up to 2nm in size, which are more powerful, fast and costly to produce, are largely the domain of big producers in China, Taiwan, Japan and the US.

Soitec has seen its share price rise by a third this year, as the pandemic has throttled chip supplies, turbocharged demand from tech companies and driven up prices. The vast majority of its chip materials — known as silicon on insulator (SOI) — are supplied to telecoms companies for chips in smartphones, tablets, computers and data centres.

Boudre dismissed the idea that the industry was poised for another downturn after the pandemic, saying that semiconductors have replaced oil and gas as the “gold of modern industry” and will be needed in every aspect of the world’s rapidly accelerating technological development.

But Chad Brown, a trade specialist at the Peterson Institute for International Economics, disagreed that a $20bn subsidy package from EU nations would do much to relieve severe chip shortages in Europe and cautioned that the growing tendency towards government subsidies could deteriorate into an “arms race”.

Soitec, whose two biggest investors are funds owned by the French and Chinese state, exports 90 per cent of its products outside of France and 65 per cent outside Europe.