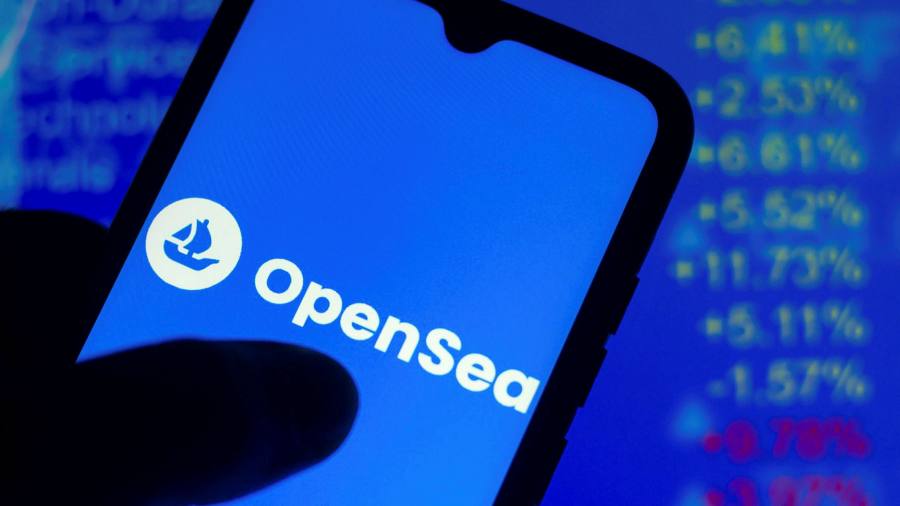 Sign up to myFT Daily Digest to be the first to know about Opensea news.

OpenSea, the most popular platform for buying and selling digital collectibles, has launched an internal investigation after admitting that one of its top executives had been using inside knowledge to buy items ahead of their promotion on the marketplace.

The site, which sells NFTs, or digital tokens that represent artworks, confirmed on Wednesday that an employee “purchased items that they knew were set to display on our front page before they appeared there publicly”.

The price of the collectibles typically jumped when they were listed on the platform’s homepage because of high interest from users.

The disclosure came after a user on Twitter wrote that Nate Chastain, OpenSea’s head of product, appeared to sell the NFTs “shortly after the front-page-hype spike for profits” before sending the funds back to his main digital wallet.

The user, ZuwuTV, cited publicly available transaction data on the ethereum blockchain, the immutable ledger that supports the creation of most NFTs, sharing screenshots of their findings.

Some Twitter users compared the activity to front running or insider trading in regulated financial markets, the practice — which is illegal in most markets — of using non-public knowledge to gain a trading advantage.

Such rules do not apply to the loosely-regulated market for trading digital tokens, although regulators around the globe are looking closely at their existing legal powers for enforcement.

The news comes as OpenSea has become one of the major platforms catering to the growing NFT frenzy, with artists, fashion houses and even sports groups racing to join the market as issuers. Over the past month, the marketplace has facilitated more than $3.8bn in NFT transactions on its platform, according to data from DappRadar, with some digital artworks selling for millions of dollars.

But the craze could also be facilitating nefarious activity in a freewheeling sector that has few investor protections, some experts have warned.

OpenSea said on Wednesday that the incident was “incredibly disappointing”. It added that it was conducting an immediate review into the incident in order to have a “full understanding of the facts and additional steps” to be taken.

OpenSea also said that, as a result of the incident, it had drawn up formal policies for the first time banning its staffers from buying or selling digital collectibles before they are featured or promoted on the platform and from using confidential information to buy or sell any NFTs “whether available on the OpenSea platform or not”.

The incident has highlighted how the immutable nature of blockchains such as ethereum means that it can be possible for anyone with the technical knowhow to spot apparently unscrupulous behaviour.

In July, OpenSea raised $100m in a funding round led by prominent venture capital firm Andreessen Horowitz, giving it a valuation of $1.5bn.