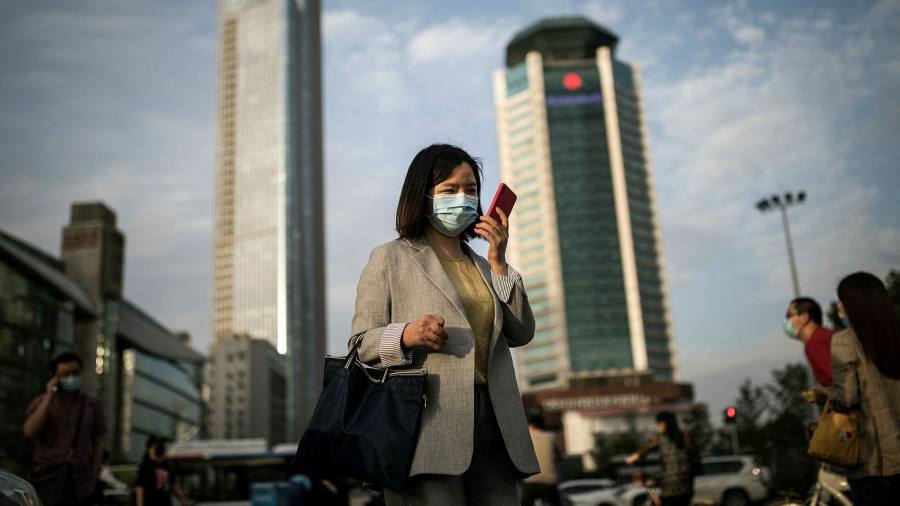 China has launched a crackdown on financial blogs and social media, a move that risks exacerbating the difficulty of obtaining reliable data about the world’s second-biggest economy.

The restrictions were implemented as fissures widened in the top echelons of Wall Street over whether investing in China was a smart bet.

A snowballing policy overhaul has caught seasoned China investors off guard, spooked markets and sparked questions over which sector would be targeted by Beijing next.

Last month the Cyberspace Administration of China embarked on a “special rectification” campaign. The internet regulator is clamping down on market sceptics and those who voice pessimistic opinions about the Chinese economy — as well as misinformation and malfeasance radiating from financial news services and social media accounts.

China-focused economists, analysts and academics acknowledged the problems caused by uninformed online commentary and rampant fraudulent activity. But they warned that over-reach from the campaign would also silence valuable voices that diverged from the official narratives promulgated by Beijing.

One veteran analyst of China’s markets, who asked not to be named, said a lack of information about the country was “absolutely” creating an environment in which miscalculation and misjudgement would become more prevalent.

“I think it’s a huge risk . . . It’s just going to make people more nervous about saying anything,” he said. “It does make me worry: are we really going to know what’s going on? Because there’s already problems with the data. And now we will have less of that on-the-ground colour.”

A Hong Kong-based investor in China bonds said the moves would further limit insights of which debt issuers are “trustworthy” because blogs and social media are at times the only places with information on company personnel changes and regulatory investigations or arrests.

The response to the watchdog’s investigation has been swift. Local authorities have made a series of arrests in what they said were the most egregious cases of stock manipulation, including cases where the alleged perpetrators used live broadcasts and WeChat groups to “pump and dump” stocks.

In Shanghai, the first volley fired by regulators resulted in securities and internet officials deleting more than 17,000 pieces of “harmful information” and shutting down more than 8,000 illegal online accounts. In Shenzhen, 14 suspects were arrested after authorities cracked a stock manipulation case.

Huang Sheng, a prominent financial commentator in Guangdong with more than 5m followers across his platforms, was arrested and his WeChat and Weibo accounts appear to be inactive.

The Weibo account of Xu Xiaofeng, who has 4m followers, has not been updated since early July. Posts from Yi Wei, another financial blogger followed by hundreds of thousands of people, appear to have been scrubbed.

There are also signs that Chinese police are tracking and questioning people using overseas financial news sites via a new app designed to tackle fraud, the Financial Times reported this week.

One China-based professional said that while “there is an enormous amount of fraudulent activity that takes place”, the crackdown would probably extend to “anyone who ‘misinterprets’ economic data”.

“Which means basically disagreeing with Beijing’s interpretation of the data . . . Those of us who try to be a bit more objective or a bit more cynical, I think we’re all worried about what the implications are. It’s just too early to say,” he said, requesting anonymity.

The veteran China analyst added: “There was always headline risk with China but there is a different degree of headline risk now. Any kind of op-ed or some small piece in a newspaper about a certain sector can move the market the next day, in a way that just would not have happened in the past.”

A western economist focused on China, who also did not want to be named, noted that a “number” of data series had been discontinued, including statistics on social disturbances. There were also frequent and unexplained revisions of other data sets, while “micro data” for households and companies, critical for economic research, were also unavailable.

The risks stemming from a muddied Chinese economic landscape coincide with a desperate search by investors for scraps of information on the direction of Beijing’s economic plans and regulations.

Over recent months this has wiped hundreds of billions of dollars off the market values of groups across ecommerce, ride-sharing, gaming, education and entertainment, and sparked a flurry of philanthropy by company founders in a bid to appease Beijing.

The CCP this week also pledged to consolidate the “guiding status of Marxism in the ideological cyber space sphere” as it issued guidelines for a more “civilised and well-regulated” internet, according to state media.

The veteran analyst believed there might only be “10 people in the world” who know the direction China is heading with its sweeping reforms.

“You’re probably talking about [President] Xi Jinping, the politburo standing committee and some key regulators, that is it.”

Charlene Chu, a China expert with Autonomous Research, said foreign investors were struggling to understand what the changes ultimately meant for the returns of the average Chinese company.

“There used to be a time when the average return from a Chinese company might be multiples above that in other economies, and it obviously made total sense that you needed to be in China,” Chu said.

“All of that just leads to the fundamental question of what happens to that excess return that you used to be able to get as an investor in China, and how much is that disappearing or eroding in this new environment,” Chu said.