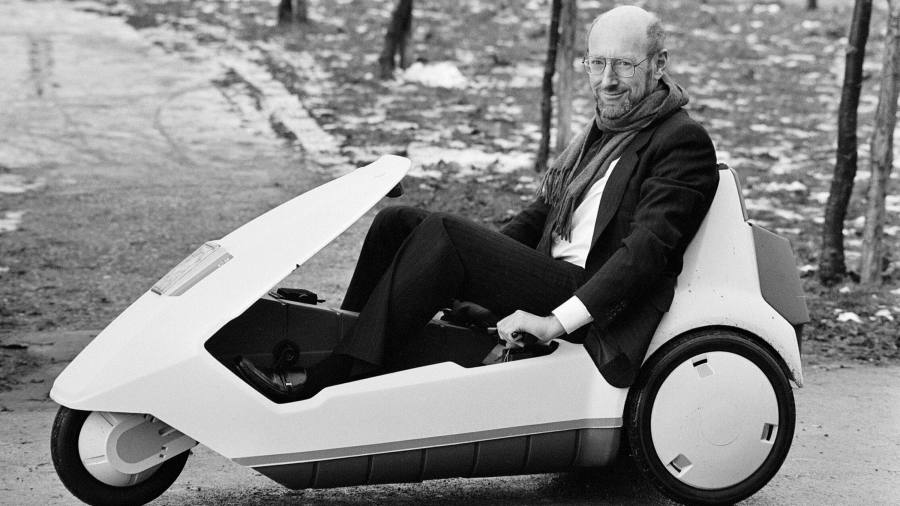 Sign up to myFT Daily Digest to be the first to know about Entrepreneurship news.

Elon Musk was among many who paid tribute to Sir Clive Sinclair this week. “RIP, Sir Sinclair [sic],” he tweeted. “I loved that computer,” a reference to the ZX Spectrum, the best-selling, low-priced home computer designed by the late British inventor.

Sinclair’s inventiveness, his penchant for self-promotion, his keen eye for a gap in the market, and his irrepressible desire to keep trying appealed to can-do US entrepreneurs such as Musk. In 1982, the year the Spectrum was launched, the Financial Times profiled Sinclair, quoting an anonymous US businessman who described the Briton’s career to date as “a classic US business story. He did not complete his schooling, he succeeded in business, failed and bounced back.”

That article also contained a hint of the weaknesses in Sinclair’s approach, from which entrepreneurs everywhere, but perhaps particularly in the UK, could learn. “We’re very deep in technology and very thin on management,” Sinclair said.

The FT’s recent analysis of why the UK has yet to cultivate any trillion-dollar companies found plenty of Sinclair-style optimism among entrepreneurs. But suspicion of success, short-termism, and gaps in support from investors still hamper the growth of promising start-ups. The old charge still lingers: the British know how to invent things, but not how to exploit them commercially.

In fact, Sinclair’s successes and failures demonstrated a strong appreciation of the commercial opportunities in consumer electronics in the 1970s and 1980s. The pocket calculator that was one of his first breakthrough inventions, the ZX80 personal computer, which was priced below £100 to the astonishment of experts, and the Spectrum, were hugely popular.

Even his most notorious failure, the C5 tricycle, was ahead of its time. After that flop, he stuck to his conviction that electrically-assisted personal travel was the future and continued to develop motors for early e-bikes, a sector that has taken off in recent years.

While Sinclair knew how to inspire demand, however, he often seemed not to be able to manage it. It is a business truism that leaders should under-promise and over-deliver. Sinclair sometimes found it hard to ride the wave of publicity he was so good at generating. The Spectrum took months to reach some customers, contrary to guarantees of rapid dispatch. A personal computer for business, the QL, which stood for “quantum leap”, fell flat, despite a much-hyped launch in 1984. The C5 might even have received the unlikely celebrity endorsement of Laurie Lee, who wanted one to ride around the village immortalised in his bucolic memoir Cider with Rosie, but his order was never fulfilled, the FT once reported.

Critically, a number of Sinclair’s products suffered quality problems, a side-effect of his attempt to compete aggressively on price. If Musk’s SpaceX had a similarly patchy reputation, no amateur astronaut would dare to blast into orbit in one of his rockets, as four did this week.

Sinclair’s colourful career inspired many to experiment with computing in the 1980s. He fully deserves all the plaudits for that alone. Yet he was often depicted, and sometimes mocked, as the archetypal “boffin”, underlining an important problem. Innovative new ideas only take off if many different elements come together: investors, manufacturers, managers, even government (a UK agency had to bail out an early Sinclair venture). If there is a moral, it is that while invention can be a one-person game, achieving wider entrepreneurial success is a team sport.