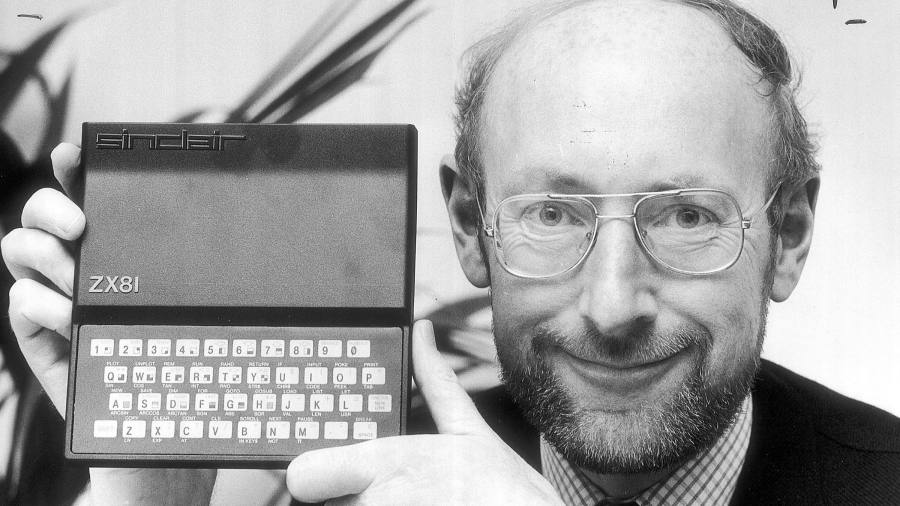 Sign up to myFT Daily Digest to be the first to know about Clive Sinclair news.

If Sir Clive Sinclair failed to create an enduring British success story from his pioneering computers, his death this week at 81 brought forth a host of engineers, entrepreneurs and even tech billionaires who said their careers had been built on his inventions.

Tributes poured in from alumni users of his cheap home computers from the 1980s, led by Elon Musk and the Microsoft chief executive Satya Nadella, who said Sinclair’s innovations had democratised computing and “inspired so many, including myself”.

“I vividly remember my first computer, a ZX80, and the sense of wonder and empowerment I felt. It was your device that sparked my passion for engineering,” he said.

The ZX’s natural successor today is the UK’s Raspberry Pi, the sub-£50 computer designed to make PCs more affordable and help children learn to program. It was Sinclair’s ZX80 that originally drove the price of a home computer below £100 in 1980 and triggered the creation of an army of coders and a new era of innovation.

“We wouldn’t have anything like the number of engineers that we have in the UK today of my generation if you had to spend £300 to £400 on a computer and that was really an enormous part of his contribution,” Raspberry Pi co-founder Eben Upton told the Financial Times.

Many were lured to the ZX80s and Spectrum by the chance to play games on a TV screen, but it was the flashing cursor on the command line that tempted enthusiasts into their first coding ventures, long before it became obscured by the graphical user interface.

Sinclair, the son of a London machine tools business owner, embarked on his entrepreneurial career soon after he left school at 17. He wrote technical articles and sold transistor radio kits by mail order, before setting up his own company, Sinclair Radionics, at the age of 21, to market a radio the size of a matchbox.

Things took off in 1972 as his transistors found their way into the Executive pocket calculator, a world first for its size, followed by a black-plastic digital wristwatch in 1975 that failed to keep time or to catch on. In 1977, he launched the world’s first pocket television before setting up Sinclair Research in Cambridge in 1979, where the ZX computers were developed.

They became the world’s best selling computers, making Sinclair a fortune that was subsequently squandered on less successful inventions.

As an inventor, his lack of interest in the nitty gritty of growing a company did not help. “I’m not, at heart, a businessman,” he told the FT in 2003. “I don’t like running a company — I’m not averse to making money, but I just don’t like managing people. It’s a distraction.”

The ZXs were feeble computers by today’s standards. They had barely any memory, data had to be saved to cassette machines and the membrane keyboards were horrible for typing. There were often long delays to orders and quality control issues as Sinclair tried to keep the price down.

“I heard Clive Sinclair’s attitude to design was that you take things off the [circuit] board after you’ve finished it until it stops working. And then you put the last thing back on and if it’s working, then you sell that,” said Robert Dowell, an educator at the UK’s National Museum of Computing, which counts a range of Sinclair products as exhibits.

“So that’s why things may not have worked as well as they should.”

Sinclair also soon faced competition in Cambridge from a former employee Chris Curry at Acorn, which developed the BBC Micro computer and went on to found Arm, the chip designer. IBM and Apple were not far behind in the rapidly developing market.

His knighthood in 1983 came at the peak of his career as his low-cost business computer, the QL, launched the following year, suffered technical and delivery problems, and 1985 saw the launch of his much-ridiculed C5 electric vehicle. In 1986, he was forced to sell the computer business to his rival Alan Sugar’s Amstrad and close his Cambridge offices.

The three-wheeler, 15mph, C5 was viewed as unstable, unable to mount a serious hill or travel any significant distance at all before its battery packed up. And yet it was ahead of its time, given today’s ubiquitous electric bikes and scooters. When he launched the C5, he spoke of self-driving cars that would reach 200mph and eliminate crashes.

In his later years, Sinclair devoted himself to personal transport, coming up with the Zike electric bike in 1992 and the Zeta electric engine for an ordinary bicycle in 1994.

He went back to his roots with a radio the size of a 10p piece in 1997 and came up with an electric motor to power wheelchairs and a folding bike in the following decade.

If none of these were notable successes, he continued to be revered as a visionary inventor and enjoyed a colourful public and private life, including chairing Mensa and marrying, in 2010, a former Miss England and Stringfellows club lapdancer Angie Bowness, in a seven-year second marriage.