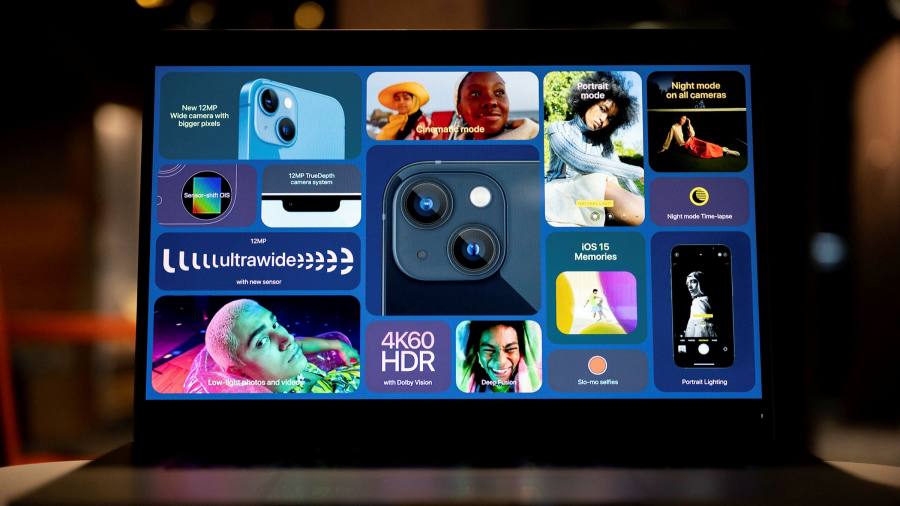 Sign up to myFT Daily Digest to be the first to know about Mobile devices news.

Apple product launches may have lost some of their razzmatazz over the years but smartphones are in demand once again.

Wind back two years and their era was thought to be coming to a close. Samsung reported lower than expected sales and Apple stopped reporting quarterly iPhone shipment figures altogether. The pool of people without a smartphone had grown vanishingly small. In the US, for example, 88 per cent of teens and adults already owned a smartphone according to eMarketer. Improvements in new phones did not persuade existing owners to upgrade.

Apple and Samsung reacted by making phones more expensive, which allowed them to maintain revenue growth even as shipments stalled. This, however, left users even less willing to pay for frequent upgrades. In the US, the replacement cycle rose to almost three years. Like PCs before them, smartphones appeared to have reached saturation point.

Yet the pandemic has proved forecasters wrong, spurring a rise in consumer spending on electronics. After years of contraction, IDC expects smartphone shipments to grow by more than 7 per cent this year. Next year they should increase by a further 3 per cent.

Timing partly explains this. Smartphone users who hung on to their phones for three or four years have grown tired of cracked screens and waning battery life. They will pay up for a new version. But faster connection speeds offered by 5G have also proved alluring. Apple’s 5G enabled iPhone 13 phones are expected to be popular, in spite of relatively modest updates. Only 5 per cent of iPhone owners have 5G phones, according to Morgan Stanley. That leaves plenty of room for growth.

The smartphone market overcame supply chain problems this year too, while Chinese consumer demand has picked up. Meanwhile wireless carriers such as AT&T have bumped up sales by offering trade-in discounts.

But the biggest draw may be the lack of an alternative. In spite of promises, virtual reality headsets have failed to become the next big thing. For now, the most convenient way to access the internet remains the smartphone.