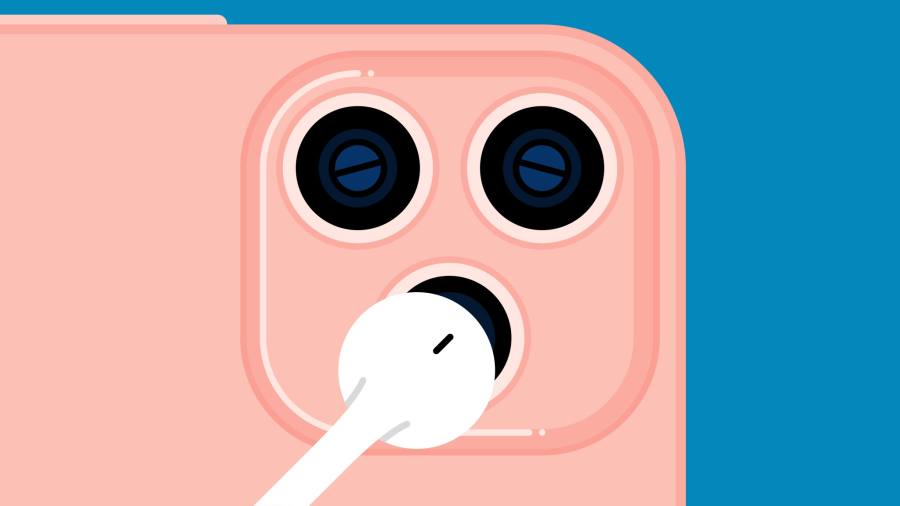 An ambitious young entrepreneur recently told me that there are only two “super categories” of product big enough to deserve his attention: phones and cars. At first, it surprised me that this successful founder, who was preparing to launch a new consumer electronics start-up, was still so excited about either of these in 2021.

The automobile is well over a century old and proving stubbornly slow to change. Despite the long-promised revolutions of autonomy and electrification, the vast majority of vehicles on the road today still run on technology that is decades old.

The conventional thinking around smartphones, meanwhile, is that innovation has stalled. Most of the excitement in Silicon Valley is now focused on new kinds of hardware, such as smart glasses.

This month’s launch of the iPhone 13 seemed to confirm the prevailing narrative. The biggest leaps forward Apple seemed able to muster were a smaller camera housing, or “notch”, on the front of the screen and a “cinematic” video mode that, while slick, does not feel like a daily necessity.

It did not help that Apple’s infomercial-style launch video was peppered with meaningless phrases such as “our most pro iPhone ever”. The memes were merciless in their mockery.

People typically hold on to their phones for about three years. That ‘upgrade cycle’ has elongated recently but consumers have only benefited as phones have become more durable

But the more I think about the way cars and phones are evolving, the more I can see parallels. There are few items with which we spend more time and they are also among the most personal things we own. We share our homes, furniture, appliances and TV, but we all want our own phone. And many of us feel the same way about our cars. Though car ownership may be waning, once we have our own vehicle, it is a wrench to give it up.

So as the iPhone settles into middle age, it is interesting to consider how the history of the car points the way ahead for mobile devices.

One lesson is the gradual shift in focus from performance to safety, reliability and comfort. After a racy first half-century, American car safety standards were only introduced in the 1960s. Anti-lock brakes and airbags first appeared in the 1970s.

Today, outside of EVs and batteries, most auto innovations are in assisted-driving technology, which is becoming more affordable and widespread. I recently traded in a 10-year-old car for a newish hatchback with adaptive cruise control, so it automatically slows down when the car in front does. Quite aside from the safety benefits, ACC is transformational to the effort of driving, akin to how power steering must have felt decades ago.

One hundred years in, automakers are still finding lots of little upgrades that, together, can really add up. I doubt that smartphones will still be the centre of our digital lives in a century, but there is no reason to assume Apple, Samsung and Google are any less capable than car companies of innovating over the longer term.

This is what critics are missing when they focus only on the iPhone’s year-on-year improvements. The biggest determinant of whether you will buy a new iPhone is the fact that you already own an iPhone and how old it is. Eventually, you will upgrade, because your smartphone is one of your most essential possessions and you want it to work properly.

People typically hold on to their phones for around three years. That “upgrade cycle” has elongated recently, to the consternation of Apple shareholders, but consumers have only benefited as phones have become more durable.

Many who, like me, bought Apple’s last really big leap forward, the iPhone X, will have felt little urge to trade it in over the past four years. But now that the battery is starting to fizzle and the processor beginning to wheeze, an iPhone 13 with 5G will feel like a meaningful step up. I’m OK with boring if the battery lasts all day.

Each year’s metronomic improvements to batteries, chips and cameras, while incremental, support the growing demands we place on our smartphones. Just as safety is now paramount in cars, for most of the 1.5 billion people who will buy a new smartphone this year, reliability is more important than the latest gimmick.

That reliability even extends to the manufacturing prowess that creates the iPhone. Unlike automotive companies, Apple has shown it is able to overcome the global chip shortage and maintain its annual launch schedule. Car production has sputtered but Apple is sure to sell another 200 million iPhones this year. There may be two kinds of super product in the world, but only one of them has proven invincible to the pandemic.