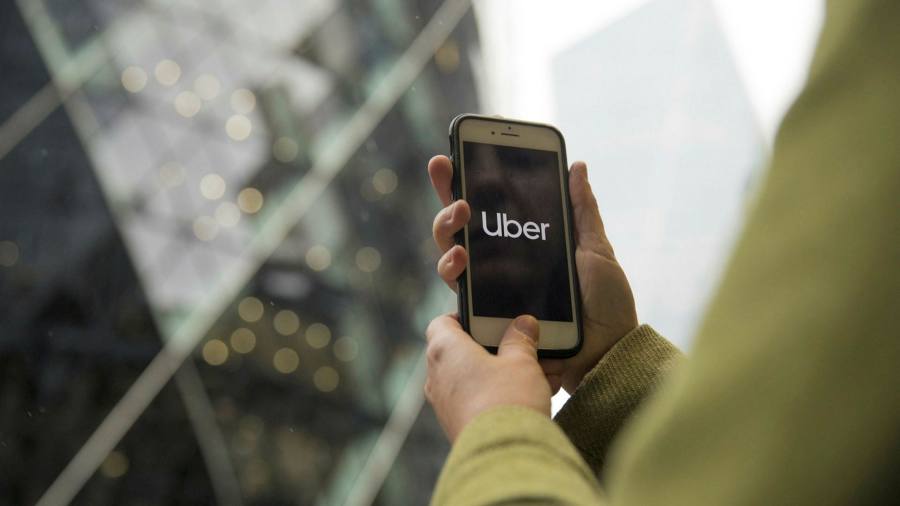 Uber employees were reportedly worried when it was overtaken in value by food delivery rival DoorDash last week, so today’s 12 per cent boost to the share price ought to ease fears and tempt them to order a celebratory pizza through Uber Eats.

As Dave Lee in San Francisco reports, the reason for the rise is Uber announcing it is on course to report its first-ever profitable quarter, on an adjusted basis, after more than a decade of burning through billions of dollars in cash.

The ride-hailing group, whose stock had slumped 37 per cent since hitting a high in February, said it projected gross bookings for July to September this year would come in between $22.8bn and $23.2bn, with adjusted earnings of between minus $25m and $25m. Uber’s chief financial officer Nelson Chai said coming in below break-even would require a significant downturn in business during the remainder of September.

The milestone comes after Uber recorded an accumulated deficit — a measure of its total losses since its founding in 2009 — of $22.1bn at the end of June. Chai said Uber expected a stronger fourth quarter, and the filing projected that adjusted ebitda would be between $0 and $100m. Uber had previously told investors it was hoping for a loss “better” than $100m for the third quarter.

The company’s main rival in the US, Lyft, has already achieved an adjusted ebitda positive quarter, reaching the milestone in the April-June period this year.

Analysts at CFRA Research said they expected to see margins continuing to grow, partly thanks to the supply of drivers improving, which would allow Uber to taper incentives “We view the quicker-than-expected ability to reach adjusted profitability as a notable positive but still think investors may question the sustainability of these efforts as regulatory uncertainty remains a major risk,” they added.

1. SoftBank and DraftKings in fantasy football trades
SoftBank is seeking to score real-world gains from fantasy football and the rise of virtual sports collectibles, as it leads a $680m investment into French start-up Sorare. Founded just three years ago, Sorare is now valued at $4.3bn. In other real news, DraftKings, the US fantasy sports and sports betting company, has made a roughly £16.6bn offer for the UK gambling company Entain.

2. Sky televises streaming wars
Sky is preparing to launch its own smart televisions in one of the broadcaster’s boldest moves yet to win viewers in an intensifying battle with streaming services. Meanwhile, DAZN, the sports streaming service owned by billionaire Sir Leonard Blavatnik, is in advanced talks to buy BT’s sports business. Universal Music Group, which has benefited from the growth of music streaming, saw its shares leap as much as 40 per cent on debut in Amsterdam.

3. US penalises Czech crypto exchange
The US Treasury has imposed sanctions on a cryptocurrency exchange that it says allowed ransomware hackers to launder extortion payments from victims. The move against Prague-based SUEX marks a new frontier in the government’s fight against ransomware.

4. Garage scientists’ DNA gamble
The growing accessibility of gene-editing tools has led to an explosion of unchecked experimentation in biological self-improvement in recent years. Once a quirky subculture, garage scientists’ rogue mindsets are starting to generate consternation among specialists and international bodies, reports Izabella Kaminska in today’s Big Read.

5. Toshiba heads for another showdown
Japan’s oldest conglomerate is under pressure from its largest investors to pull off a radical restructuring or a private equity deal and deliver the 50 per cent share price boost that activists believe will correctly value the company, reports our Tokyo team. Here’s a current sum of Toshiba’s parts:

Tim Bradshaw’s latest column looks at what might drive iPhone owners to upgrade to the new 13 unveiled last week. One thing unlikely to clinch it is the latest operating system released on Monday, as iOS 15 can be used to freshen up old phones as well. 9to5Mac has a rundown of the best new features in iOS 15 and iPadOS 15. They include spatial audio for FaceTime, a better grid view, a Portrait mode and different microphone settings. There is an improved Weather app, influenced by its Dark Sky acquisition, and Live Text makes text in photos interactive. Text is recognised in images so that it can be copied and pasted, used to look up information, and translate. You can even tap the image of a phone number to make a call, or the image of a web address to open a page in Safari.