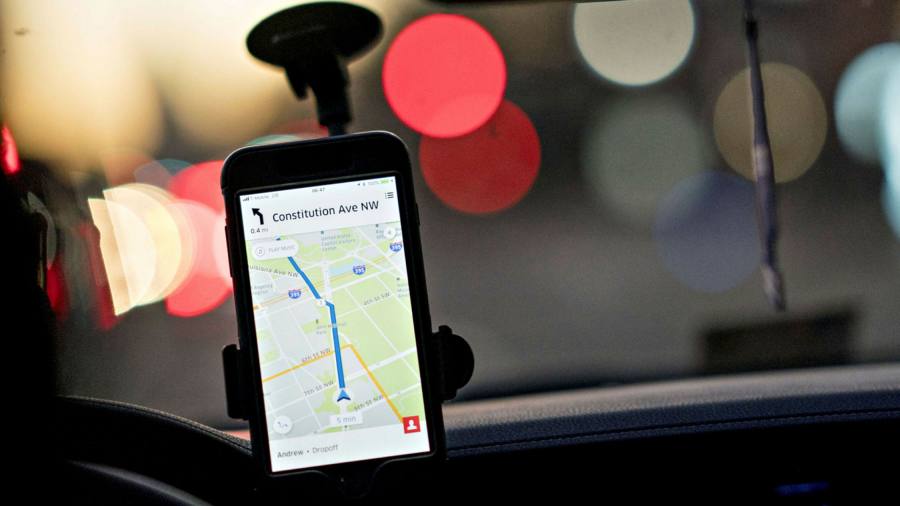 Sign up to myFT Daily Digest to be the first to know about Uber Technologies Inc news.

Uber has said it is on course to report its first-ever profitable quarter, on an adjusted basis, after more than a decade of burning through billions of dollars in cash.

The ride-hailing group, whose stock has slumped 37 per cent since hitting a high in February, said on Tuesday it projected gross bookings for July to September this year would come in between $22.8bn and $23.2bn, with adjusted earnings before interest, tax, depreciation and amortisation of between minus $25m and $25m.

Despite the broad range of adjusted ebitda, Uber’s chief financial officer Nelson Chai said coming in below break-even would require a significant downturn in business during the remainder of September.

“With positive adjusted ebitda in July and August, we believe Uber is now tracking towards adjusted ebitda break-even in Q3, well ahead of our prior guidance,” said Chai, in a filing released before markets’ opening on Tuesday.

The milestone comes after Uber recorded an accumulated deficit — a measure of its total losses since its founding in 2009 — of $22.1bn at the end of June.

Chai said Uber expected a stronger fourth quarter, and the filing projected that adjusted ebitda would be between $0 and $100m.

Uber had previously told investors it was hoping for a loss “better” than $100m for the third quarter. The company’s main rival in the US, Lyft, has already achieved an adjusted ebitda positive quarter, reaching the milestone in the April-June period this year.

Adjusted ebitda has been Uber’s preferred metric for the health of its underlying business since going public in May 2019, after heavy scrutiny over its ability to ever turn a profit.

As well as discounting interest, taxes, depreciation and amortisation, it also does not include costs related to discontinued operations, non-controlling interests, investments, stock-based compensation, certain legal and regulatory charges, and a number of other factors.

The company’s most recently disclosed net income, for this year’s second quarter, was $1.1bn — a figure boosted by previously unrealised gains in its investments, including China’s Didi. Without them, Uber would have lost approximately $771m. Tuesday’s filing did not include any guidance on expected net income for the current quarter or the remainder of the year.

Reaching the goal of adjusted ebitda profitability will be regarded as a feather in the cap for chief executive Dara Khosrowshahi, who was brought in 2017 not just to mop up an ethical mess left behind by co-founder Travis Kalanick, but to also cut out the bloated parts of Uber’s business. The company is no longer working on its own self-driving car, for instance.

Uber has also abandoned food delivery markets where it was failing to compete, such as in South Korea, and saved money by shifting a large share of its engineering workforce to India.

In early 2020, the company laid off almost 7,000 people and closed offices around the world, with Khosrowshahi putting blame on the “damn virus”.

Despite the pandemic throwing the company’s ride-hailing business into disarray — first with lockdown, and now driver shortages — Uber had continuously repeated its goal, first stated to investors in late 2019, to post an adjusted ebitda profitable quarter by the end of this year.

The company had correctly banked on its ride-hailing business coming back while demand for its Uber Eats food delivery business remained high following a surge during lockdowns.

“They say that crisis breeds opportunity and that’s certainly been true of Uber during the past 18 months,” Khosrowshahi said in Tuesday’s filing. “Uber is reaching an important milestone. We also know we have much left to prove and need to execute flawlessly.” 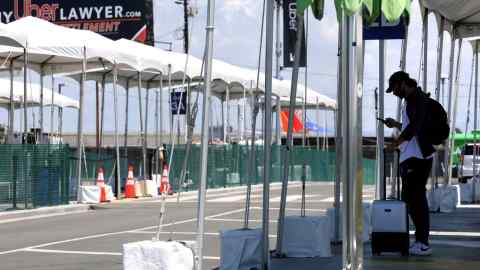 Uber Eats continues to trail rival DoorDash, which briefly surpassed Uber’s market capitalisation for the first time last week, despite the delivery company having a minimal global presence and no ride-hailing business.

According to data from Second Measure, DoorDash controls 57 per cent of the US meal delivery market, versus 26 per cent for the combined Uber Eats and Postmates businesses. Uber acquired Postmates in July 2020 in a deal worth $2.65bn.

Grubhub, the meal delivery business acquired by Europe’s Just Eat Takeaway in June 2020, now accounts for just 16 per cent of the US market, having previously been the market leader.