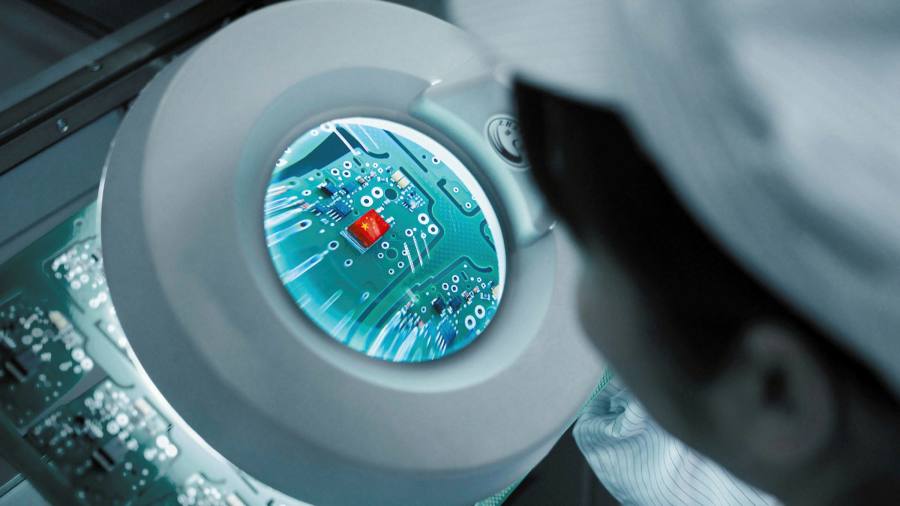 Hello, Mercedes here in Singapore. What is worse than a global shortage of semiconductors? A glut of bogus chips, perhaps. Our Big Story this week details how counterfeit and substandard chips are penetrating the supply chain as businesses in need of the technology take some risks they may not normally have to meet demand. Check out how Sea and Tencent show the divergent fortunes of Asia’s tech boom and meet the woman behind Viu, which recently overtook Netflix in south-east Asia. See you next week!

Fake chips are bedevilling Asia’s electronics industry. So much so that Oki Engineering, a Japanese company, is offering a chip verification service to help manufacturers weed out counterfeit semiconductors before they put them into devices, according to this exclusive in Nikkei Asia.

Horror stories abound. One Japanese manufacturer — unable to source semiconductors through normal channels because of the global chip shortage — turned to ecommerce giant Alibaba. But when the chips arrived, they failed to turn on.

Key developments: The scenes at Oki Engineering hint at the scope of the problem. A steady stream of questionable components flows into the company’s Tokyo offices, where nearly 20 engineers put them through a battery of tests using lasers, microscopes, X-rays and other instruments.

The inspection includes melting down the chip packages, or outer casings, to examine manufacturers’ logos, as well as looking at trace patterns on silicon chips and other physical properties.

Oki began offering its inspection service in June and had received some 150 inquiries as of August, with many coming from manufacturers of industrial machinery and medical equipment. After examining about 70 cases, inspectors found problematic chips in 30 per cent of them.

Upshot: Taiwan Semiconductor Manufacturing Co., the world’s leading semiconductor maker, forecasts that the chip shortage will continue until around 2023. With that scenario looking increasingly likely, chip-hungry electronics makers have little choice but to remain vigilant.

Two companies sum up the diverging fortunes in Asia’s technology boom. One is Singapore-headquartered gaming and ecommerce company Sea, whose stock is up about 70 per cent this year. The other is China’s Tencent, Sea’s biggest shareholder, whose Hong Kong-listed shares have dropped 20 per cent over the same period.

Tencent’s performance speaks to the uncertainty pervading China’s internet sector. China tech was the darling of big global investors who wanted exposure to Asia but Beijing’s regulatory crackdown on technology companies has spooked those same investors.

But the investment thirst for Asian tech remains — and Sea is a way to slake it. The Nasdaq-listed company, whose Shopee app is the most popular shopping platform in south-east Asia, raised more than $6bn this month to fund its international expansion. It was the biggest US secondary offering of 2021. The fact this was done by a south-east Asian company would have been unthinkable just a year ago.

But it would be a mistake to assume that uncertainty in China alone is creating the increased interest in south-east Asia and India. The tech boom in these regions has been a long time in the making. Recent IPOs by unicorns, including India’s Zomato and Indonesia’s Bukalapak, are two examples of that. Our take is that China’s woes have simply made such countries’ appeal more obvious.

Investment by Chinese companies into the US has fallen off a cliff, especially in the tech sector. Political tensions between the world’s two largest economies, twinned with an explicit US policy to “decouple”, are behind the shift.

“People [in Asia] need to consume content every day,” said Lee. “Apart from the [US-made] big blockbusters, they want to see familiar faces and stories that resonate,” she said.

“We have . . . Korean, Japanese, and Chinese content from both [the] mainland and Hong Kong,” Lee said. The company is also investing in original local content in markets such as Indonesia and Thailand.

Viu is owned by PCCW, a Hong Kong telecoms company headed by tycoon Li Ka-shing’s son, Richard Li. Its total subscribers in south-east Asia reached 29.6m at the end of June, after adding more than 10m new subscribers in the first half of 2021, according to Media Partners Asia.

Disney, however, still leads the way in the region.

The global shortage in chips is playing matchmaker. It is inducing SoftBank’s Vision Fund to join hands with Tencent, the Chinese tech giant, to invest $450m in Indian online used-vehicle seller Cars24.

The semiconductor shortage is forcing manufacturers to cut production of new vehicles in India — thus boosting the demand for second-hand ones.

Yuri Milner’s DST Global and the US’s Falcon Edge are also investing in a round that values the six-year-old company at almost $2bn, doubling its valuation in less than a year.

Cars24 is India’s largest website for used vehicles. Maruti Suzuki, India’s largest carmaker, reported an almost 20 per cent drop in car sales in August after it cut output because of a parts shortage, while other companies are reporting lengthy delays for new vehicles.

“The world over we’re seeing the same thing happening with pre-owned cars,” Vikram Chopra, chief executive and co-founder of Cars24, told the Financial Times. “We have seen a significant rise in the consumer readiness to buy and sell cars online.”