As expected, iQOO held a launch event in China today where we saw the announcement of the iQOO Z5. The successor to iQOO Z3 brings a larger 6.67-inch FHD+ IPS LCD with the same 120Hz refresh rate but now sports a punch hole cutout for its 16MP selfie cam. There’s also a new chipset at the helm with Qualcomm’s Snapdragon 778G paired with 8/12GB RAM and 128/256GB storage. 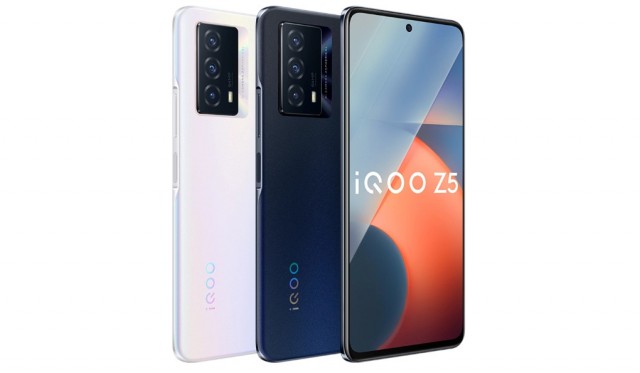 The back of the Z5 sports the same triple camera setup as the Z3 with a 64MP main Samsung GW3 sensor alongside an 8MP ultrawide shooter and a 2MP macro module. The battery has grown to 5,000 mAh from the Z3’s 4400 mAh cell but charging speeds top out at 44W instead of 55W. The Chinese iQOO Z5 boots vivo’s Origin OS based on Android 11 but international units are expected to come with Funtouch OS 12 instead. Other notable features include stereo speakers, a headphone jack and a side-mounted fingerprint scanner. 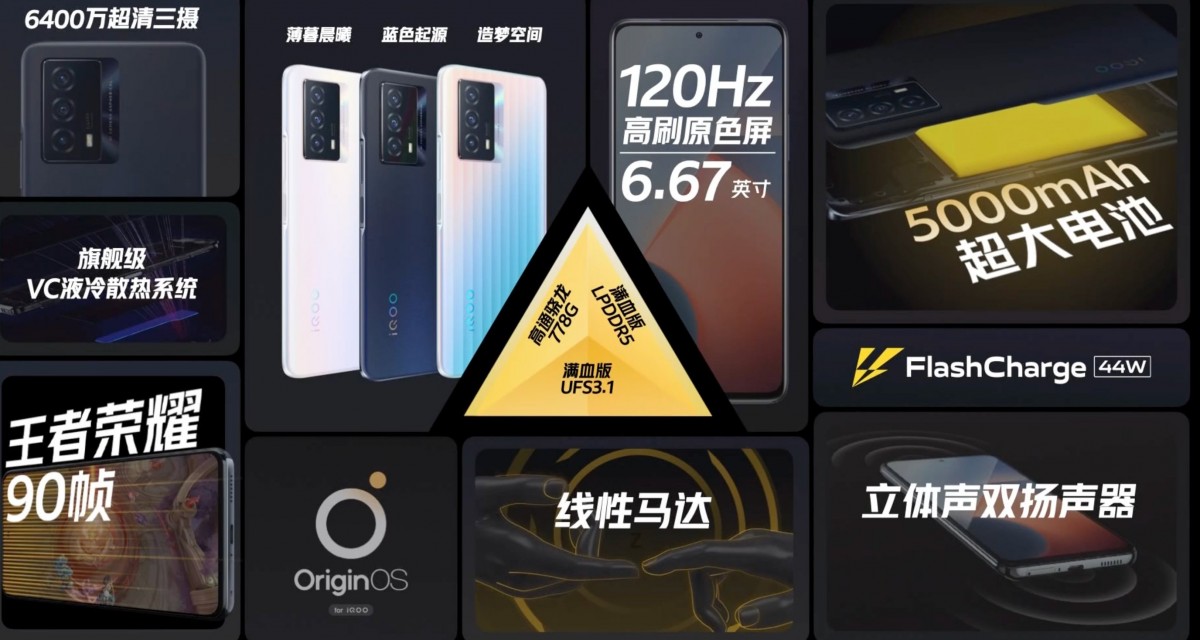 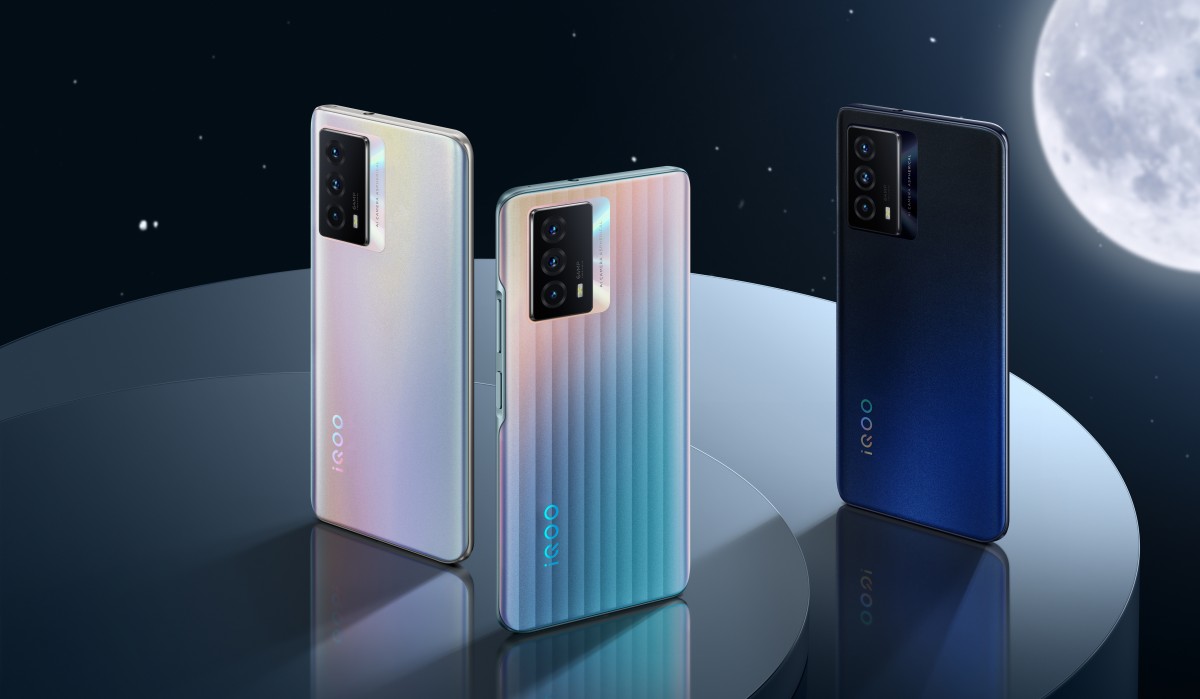 Pre-orders in China are already open while official sales start on September 28. International availability will be detailed at a later date. iQOO plans to introduce the Z5 in India on September 27.