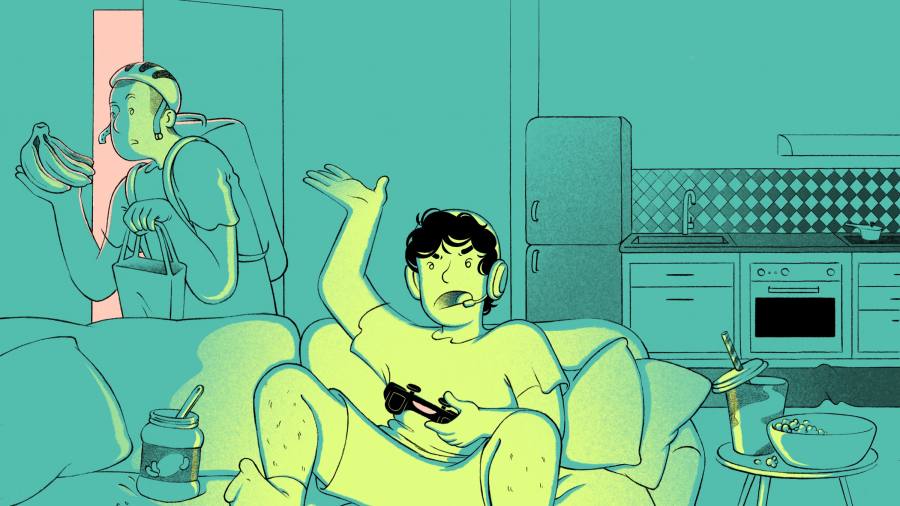 Before using Getir for the first time, I wrestle with some nagging doubts. The app is one of a growing number of rapid-delivery services that delivers groceries and other household products in as little as 10 minutes. Others include Zapp, Weezy, Jiffy, Flink and Gorillas. According to grocery-research body IGD, the sector – which took off during the pandemic – is currently worth about £1.4bn in the UK. Getir, founded in 2015, was the first and now operates in Turkey, the UK, Germany, France and the Netherlands, with plans to launch in the US by the end of the year. The company’s recent valuation of $7.5bn makes it worth more than M&S and about as valuable as Deliveroo.

But is this convenience culture gone too far? Should we really be able to tap a phone for a tub of ice cream to materialise without our leaving the sofa? Teenagers on Xboxes (among other listless demographics) may have expected snacks to materialise since the beginning of time. But exasperated nags like me have always heeded the lesson that if we want a tube of Pringles, we better get off our backsides and get it ourselves. It’s called a work ethic. Civilisation is built on it. Now a round of apps is threatening to disrupt that. As Getir founders snappily point out, they are “democratising the right to laziness”.

I buy Magnums and lager. Then out of guilt I add some fruit

Admittedly, some of these apps cater to legitimate needs, such as personal emergencies. Who wouldn’t appreciate having antihistamines, condoms or a bottle of Whispering Angel on speed-dial for when the situation demands it? Getir’s top-selling products in London are energy drinks and bananas, which paints a fairly accurate picture of a population in urgent need of adrenaline and potassium. Getir’s UK general manager Turancan Salur talks about the “peace of mind” that comes from being able to top up on necessities such as nappies. He argues that the app also “gives you back your time” to stay home with loved ones rather than trudging out to buy dishwasher tablets. (Some family members may welcome the escape.)

The near-instant gratification these apps offer still makes me queasy, though. And then, of course, I try Getir and instantly lose track of my objections. The service is addictive. The first time I use it, I have an excuse: I am quarantining after a trip abroad. I can’t leave the house. Overcome with cravings one Sunday, I order Magnum bars and Brixton Brewery lager. Out of shame, I add some fruit. The package arrives within five minutes. Ordinarily I would resist these cravings. With Getir, I need never deny them again. “We create a purchase that otherwise wouldn’t happen,” Salur says. “Very rarely [does] somebody bring you something [you want] almost immediately.”

I become concerned about the welfare of the riders and consult the employee-review website Glassdoor. It confirms that these start-ups have, by and large, learned the lessons of Uber and Deliveroo. They hire riders as staff rather than gig-economy workers and make efforts to foster a happy workforce.

I become insatiable. After Getir, I am lured to Gorillas, which boasts a slightly more prestige offering. This includes vegan noodle pots from Bol (surprisingly good with a dash of hot sauce) and a “London local” collection featuring London Fields beer, Howdah Indian snacks and Hackney Gelato. The service really comes into its own, though, one morning, when I dream up an English breakfast of Bury black pudding, Clarence Court eggs, HG Walter sausages and unsmoked back bacon while still in bed and take delivery of the ingredients in my dressing gown 10 minutes later. Now if only they would cook it for me, too.