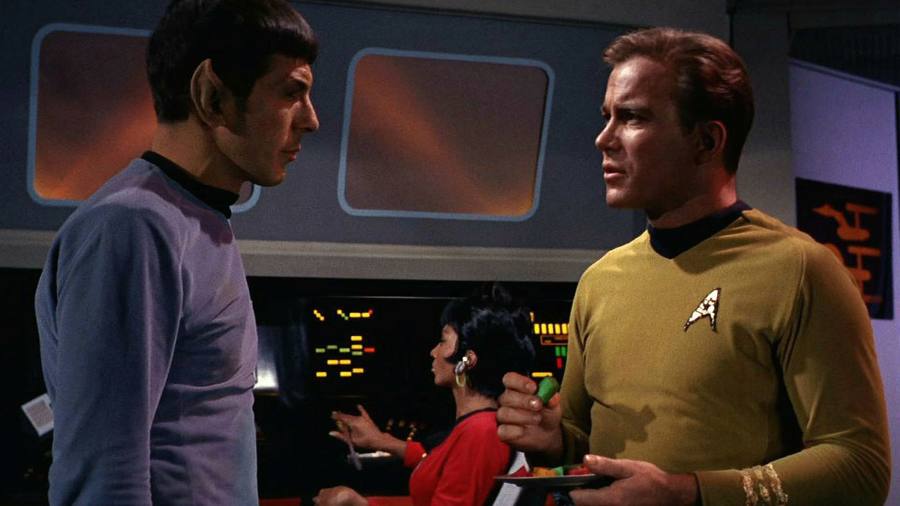 Captain Kirk boldly going where no man had gone before, back in the 60s, must have inspired a generation of rocket scientists. So it seems fitting that William Shatner, who played the USS Enterprise’s chief in the Star Trek series, should become the latest person to be offered a seat into space.

At 90, he would be the oldest person and Starfleet captain to be shot into orbit — aboard Jeff Bezos’s Blue Origin spacecraft next month, according to TMZ.

Space tourism may no longer be the preserve of the super-rich. SpaceX put four private citizens into orbit this month, with the billionaire on board outnumbered by three ordinary people.

Similarly, space is no longer a superpowers race as the technology becomes cheaper and more commercialised. A leading space role for the UK is seemingly not out of reach, with the government publishing its first ever National Space Strategy today.

“We have for too long failed to properly embrace the opportunities that the space industry offers,” says Prime Minister Boris Johnson in the foreword, echoing Star Trek’s “to boldly go” split infinitive.

That’s certainly true, and today’s report was expected to be released in 2018, but was delayed for undisclosed reasons.

The new strategy is about “putting the UK firmly in the front rank of the global space industry”, says Boris, “Global Britain becoming Galactic Britain”.

Away from the hyperbole, there will be modest launches of satellites from spaceports in Cornwall and Scotland from next year and the government has identified strengths in the manufacturing of “satellites, spacecraft, highly complex payloads, end-to-end satellite service delivery, satellite communications, and high-end navigation systems”.

It aims to achieve leadership in areas such as Earth Observation, navigation applications and services, and satellite broadband “and we will work to establish early leadership in potential and emerging markets such as in-orbit servicing, space travel and habitation, and active debris removal”.

It sounds ambitious but Boris says the government has “The Right Stuff”. He would be better off using British mottos for this far from easy mission. The RAF’s “Per Ardua Ad Astra” is more appropriate — “Through struggle to the stars”.

1. IPhone designer Ive teams up with Ferrari
Sir Jony Ive is teaming up with Ferrari to help the supercar maker develop its first electric vehicle, as part of a broad alliance between the former Apple designer and the Agnelli dynasty’s holding company Exor. Exor said on Monday it had formed a “long-term, multiyear collaboration” with LoveFrom, the firm that Ive founded in 2019.

2. Polestar takes Spac route at $20bn valuation
Polestar, a premium Swedish electric vehicle company spun off from Volvo Cars and backed by actor Leonardo DiCaprio, has agreed to go public through a special purpose acquisition company at a $20bn valuation. However, Spacs, which were the hottest product on Wall Street earlier this year, have fallen out of favour with investors with a number of the blank-cheque vehicles having their trust accounts almost wiped out. Also, Indonesian start-ups are abandoning their US Spac plans in favour of going local.

3. Facebook suspends Instagram for kids
Facebook has suspended plans to launch Instagram Kids, a version of its photo-sharing app for children under the age of 13, as a backlash against the project gathered momentum in Washington. Adam Mosseri, who runs the Facebook-owned app, said in a statement: “I hear the concerns with this project, and we’re announcing these steps today so we can get it right.”

4. Crypto exchanges cut off Chinese customers
Cryptocurrency exchanges have begun cutting links with customers in China after Beijing declared more activities related to digital coins “illegal” last week, in its latest broadside against the virtual currency industry. Huobi, one of the world’s biggest crypto exchanges, announced it would remove Chinese users by the end of the year, while Binance, another large platform, was no longer accepting user sign-ups with Chinese phone numbers.

5. SoftBank rolls the dice on ticket sales
SoftBank and Tony Fadell, the former Apple and Nest executive, are among those investing $122m in ticketing app Dice, betting on the live music industry recovering. London-based Dice was launched in 2014 by music industry veteran Phil Hutcheon, who had become frustrated by the high fees charged by Ticketmaster, the dominant ticketing site, and resellers.

Tuesday: Amazon is expected to unveil a bevy of new products at its annual devices event, which is usually focused on its voice-enabled product line.

Wednesday: Although it was almost scuppered by Aukus, says Rana Foroohar, the inaugural meeting of the US-EU Trade and Technology Council takes place in Pittsburgh, with supply chains, semiconductors, online platform regulation and a new transatlantic data flows agreement expected to be on the agenda.

Thursday: Chinese ecommerce giant JD.com debuts its first bricks-and-mortar mall in the central city of Xian, expanding its online shopping experience as competition with Alibaba and Pinduoduo heats up. The
Tokyo Game Show opens and will this year incorporate virtual reality, allowing online attendees to see their favourite characters and visit exhibition booths through VR headsets. In the US, Facebook’s head of privacy Antigone Davis will be grilled by a Senate committee, with the focus likely to be on concerns over kid safety and mental health.

Over 30 years, telecoms analyst Ben Wood has amassed a collection of 3,255 handsets covering the “golden era” of the mobile phone. He has now joined forces with other collectors to launch the world’s first significant mobile phone museum, funded through a five-year sponsorship agreement with Vodafone. The museum will begin as a vast online archive in November, telling the story of what is now the world’s most prolific consumer device, with 1.5bn smartphones sold last year alone.

It will feature phones such as the Nokia 3310 “Beetle”, which shipped a staggering 126m devices and brought the game Snake to the world; the fashionable pink Motorola Razr — the best-selling phone in the history of Carphone Warehouse — and full-keyboard BlackBerry models. Nic Fildes has more and Janan Ganesh has been rueing not keeping the BlackBerry Pearl he was issued with back in 2007.