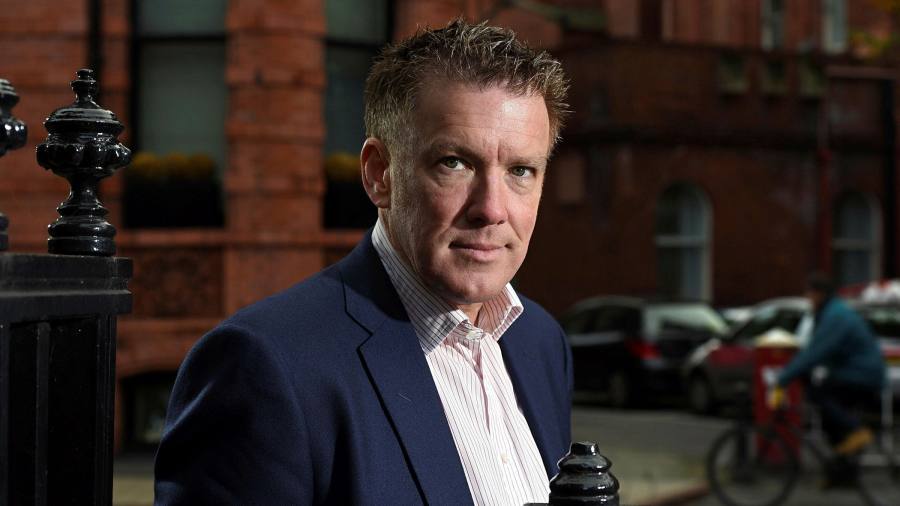 Following the acquisition, Vista intends to integrate Blue Prism with Tibco, the Silicon Valley-based data analytics company it took private for $4.3bn in 2014.

Alongside the Blue Prism deal, Texas-based Vista said that it “intends to explore the potential sale of all or a portion of its equity interest” in the enlarged Tibco, which “may happen within the next 12 months”.

As it prepares for a sale, Vista said it was considering “potentially material headcount reductions” of 8 to 10 per cent of the approximately 4,750 employees of the merged companies. Today, Blue Prism has about 1,000 staff worldwide.

Vista will pay 1,125p per share in cash for the Warrington-based provider of process automation technology, whose customers include Fidelity, Daimler, eBay and the NHS.

The price is a 35 per cent premium to Blue Prism’s closing price before sale talks were first disclosed a month ago but less than half its all-time high in September 2018 of 2,575p, when it was valued at almost £2bn. Blue Prism said the deal promised “certain value” to shareholders at a time of “strategic and operational headwinds” and “execution risks”.

It is the latest overseas takeover of a London-quoted tech company this year, after cyber security company Avast agreed an $8bn deal with NortonLifeLock. Games developers have also been targets: Tencent is buying Sumo Group for £919m and Codemasters was bought by Electronic Arts for $1.2bn.

“Vista and Tibco recognise the strength of what we have built and the exceptional products and services we provide our customers,” said Jason Kingdon, Blue Prism’s chair and chief executive.

Founded in 2001, Blue Prism began trading on Aim at a £48.5m market capitalisation in March 2016, after posting annual revenues for 2015 of £6m. The stock has see-sawed in the intervening years, as initial hype around the potential to automate routine back-office tasks with software “robots” gave way to execution challenges and slowing growth.

Even as its sales have grown to a projected £160m this year, Blue Prism has experienced continuing losses, shareholder protests over its leadership and strengthening competition from UiPath, which is valued at $28bn following its debut on the New York Stock Exchange in April, as well as business software giants Microsoft, Salesforce and SAP.

In April 2020, Blue Prism’s co-founder Alastair Bathgate stepped down after 18 years as chief executive. At the same time the company raised £100m to help it through the pandemic’s sales challenges.

He was replaced by then-chair Kingdon but at its annual shareholder meeting in March this year, only 65 per cent of investors voted in favour of his re-election as chief executive. That prompted Blue Prism’s board to begin consulting with shareholders about a potential sale, the company said on Tuesday, pointing to the need for “considerable continued investment” in product development and sales to keep pace with rivals.

Alongside the deal, the company will also appoint a new chief executive.

Blue Prism had said late last year that it was exploring a secondary listing in the US, after persistent grumbling that British investors undervalued growing tech companies. But the stock took its biggest hit to date in January, falling by a quarter in a single day as it warned that revenue would fall short of market expectations for the year to October 2021 and restating revenues for 2019.