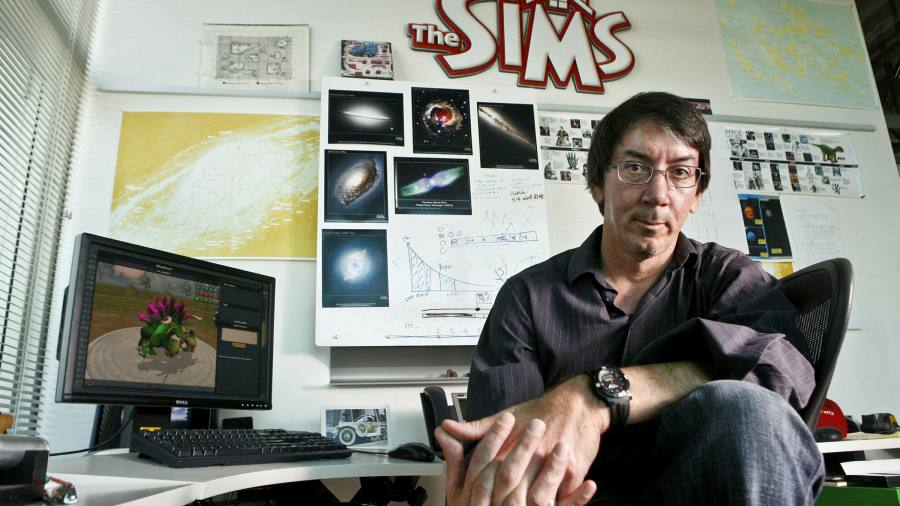 What do you do after you’ve broken records for the best-selling PC game series of all time, released a game that encompasses the entire sweep of intelligent life and — not a shred of hyperbole here — redefined the very idea of what a video game can be?

If you’re Will Wright, creator of SimCity and The Sims, you lie low. Since the release of his last game, 2008’s evolution simulator Spore, the 61-year-old has been enjoying some quiet time. But now this elder statesman of gaming is plotting his return next month. And, having tackled subjects ranging from domestic life to city building to evolution, his latest project is no less ambitious.

“How do you take your internal psychology, your id, and make it the landscape of a game?” he asks, joining me on Zoom from his home in the San Francisco Bay Area. The answer is Proxi, which tasks players with creating digital artworks based on their most important memories, then turns them into a digital biography of the player that can be interacted with, revisited and shared with others.

This bold concept is not surprising from a creator who is practised at revolutionising the gaming landscape. His first brainwave came in the late 1980s, when he realised he was having more fun designing levels for a helicopter shooter game than he was actually playing it — and so SimCity, a game about building cities, was born in 1989. With no player character, no violence, no ending, no real objectives, this was unlike any game seen before — a software sandbox for urban experimentation. It was a huge success that helped to shift society’s view that games were just for children and enticed a generation into the professions of architecture and urban planning.

His next success made even that look like small fry. Wright had dreamt of making a virtual dollhouse for years, but it was the experience of rebuilding his house from scratch after it was destroyed in the Oakland firestorm of 1991 that inspired him to make The Sims, in which players build homes and guide characters through domestic life. The first Sims became the best-selling PC game ever and attracted a large female audience, which was unusual at the time.

At a time when games traded in fantasy and escapism, combat and competition, these two peaceful creations set in our mundane world offered a stark contrast. “Games are an amazing tool for helping us go back into the real world and understand it differently,” Wright says. “With SimCity I wanted to turn a real system into a game, creating a toy city that changes your perspective on your own environment.”

His titles were also unconventional for their open-ended structure, which allowed players to keep playing without particular objectives. “This is why I don’t see anything I’ve done as a ‘game’,” he says. “Games have specific rules and win-conditions, and many of mine don’t have that. We didn’t tell a SimCity player to make the biggest city, or have the least crime or traffic. We simply provide the toy and players come up with their own structure. It’s for the player to turn that system into a game.”

His games focused on empowering players’ creativity, pre-empting the likes of Minecraft and Roblox, which built their success on user-generated content. Players made outfits and hairstyles for The Sims, and custom aliens in Spore, which could be shared online. “Everybody takes the games in their own direction,” he says. “The game becomes a scaffolding for their imagination.”

Wright’s early innovations were so influential that they are commonplace today. So what freshness can he bring to this long-awaited follow-up? And what does it actually mean to make a game of your id? “Proxi is a gamified way to store memories and build an autobiography, which you can then choose to share,” he says.

This unfurls across four stages. First you create digital scenes based on your most important memories, which look like digital snow globes and can include 3D models, photographs or audio. Players will own their creations and can trade them via a secure marketplace built in partnership with Forte, a blockchain and NFT platform for gaming. At the next stage, you place these memory orbs across a virtual globe as if they were cities, and can play a SimCity-like resource management game using them.

The next stages are even more dizzying: in the third, the game’s AI will ask the user to play minigames relating to their memories in order to learn more about them, before finally creating a “Proxi”, a digital replica of the player that uses AI to learn from their memories and communicate with players and other Proxies.

If it sounds eccentric, confounding, and borderline sinister, Wright knows that. “It can be kind of creepy, yes, and it should be,” he says. “It’s personal: imagine there’s over half of yourself you’ve never met before. What would happen if we brought your subconscious to the surface and you met it?”

The idea that a game could meaningfully excavate my subconscious seems a little far-fetched to me. Yet if anyone can turn this hare-brained idea into something worthwhile, it’s Wright. The industry doubted him when he pitched SimCity and The Sims. Meanwhile Spore was hotly anticipated and then flopped. Perhaps we’ll need to play Proxi in order to understand whether it’s fun, gimmicky or genuinely revelatory.

‘Proxi’ will be released in four stages, the first for free on mobile later this autumn