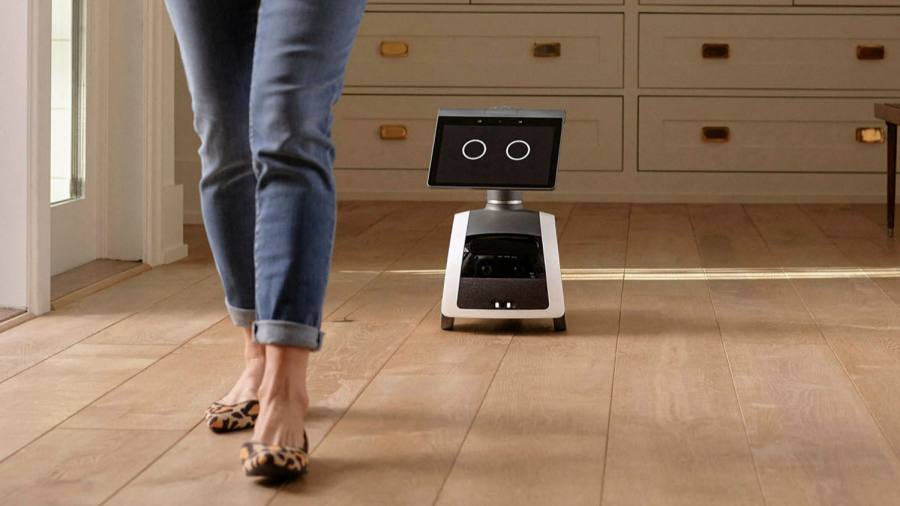 Sign up to myFT Daily Digest to be the first to know about Amazon.com news.

Amazon is about to find out whether being cute is sufficient distraction from being creepy. Astro, the company’s new home robot, is roughly the size of a small dog, has cute Wall-E style eyes displayed on its screen and trundles around the home. It is also a surveillance device intended to scan the face and voice of everyone who enters the house.

This intrusion will not necessarily put buyers off. A consumer report by data company Morning Consult last year found that Amazon was one of the most trusted brands in the US, with 39 per cent of respondents saying they trusted it “a lot” to do the right thing. It has sold more than 100m devices with its Alexa smart assistant built in, inducing Echo smart speakers. Allowing a robot to monitor everything and everyone is not a stretch.

Even so, the high price point suggests Amazon does not expect Astro to spark a mass craze for home robots. It kicked off the smart speaker market in 2014 by pricing Echo devices at $99 for Prime members. At $999 with an early discount, Astro is 10 times more expensive. There is no obvious use case beyond security and novelty. An ominous Vice report claiming the robot was not ready for release could damp demand.

No matter. If Astro is not a smash hit it will make zero difference to Amazon’s core business. The company trades at 21.4 times projected ebitda — a premium to Big Tech peers Alphabet, Facebook, Apple and Microsoft. Its share price is up 124 per cent since the start of 2019, lifted by the boom in online shopping and remote work that has driven demand for its main ecommerce and cloud computing business. Sales this year are forecast to reach $476bn.

Consumer gadgets provide relatively little overlap with the most important parts of the business, though artificial intelligence device development contributes to warehouse automation, useful for Amazon’s multiplying fulfilment centres. It gets credit for being first, but Astro is unlikely to spark new turf wars in hardware.

The Lex team is interested in hearing more from readers. Please tell us whether you would buy an Astro robot in the comments section below.