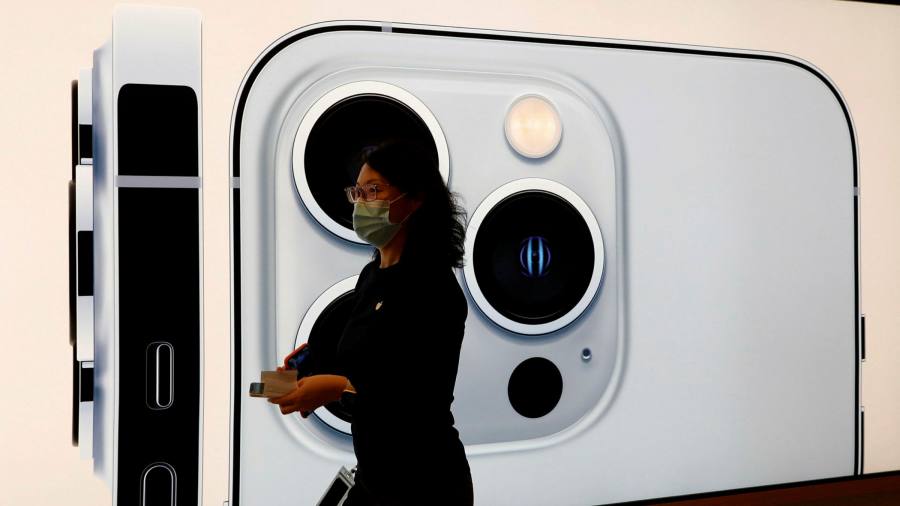 Hi everyone, James here in Hong Kong. With the big holiday season approaching, this is not a good time for supply chain snafus. But a power crackdown in China, a Covid-19 wave in Vietnam and a few other influences are making it all kick off (The Big Story). Elsewhere, the Evergrande debacle may signal the diversion of huge resources in China to green tech, including solar and wind power, electric vehicles, batteries and more (Our take). Don’t miss the Philippines’ approval of genetically modified golden rice (Mercedes’ top 10). Is this a portent? Take care till next week.

A spate of disruptions is playing havoc with Asia’s tech supply chain. The list of companies affected by China’s electricity restrictions, a Covid-19 wave in Vietnam and other supply issues is lengthening to include Apple, Tesla, Microsoft, HP, Qualcomm, Nvidia, Intel and others.

This exclusive in Nikkei Asia reveals how buyers of Apple’s new iPhone 13 must wait up to five weeks to take delivery in Japan and China due to a surge in Covid-19 cases in Vietnam and the US tech giant’s deployment of a new camera feature. The waiting time is four weeks in the US.

Key developments: Manufacturers are warning of further disruptions as China cautions key industrial provinces such as Jiangsu, Guangdong and Hubei against using too much energy, and failing to meet the country’s call to “control energy use and carbon emissions”.

“We are currently reviewing the inventories for all the components and parts we have in stock. The situation is still controllable at the moment, but we fear it will happen again,” an executive at an iPhone supplier said. “It will be a huge disruption if we run out of inventory next month.”

Upshot: These multiple disruptions may threaten Asia’s tech supply chain for weeks or even months to come. Their unpredictable nature could delay supplies of key products as the holiday season approaches.

The Evergrande crisis in China has made clear the urgency of Beijing’s quest to find a new growth model. It is obvious that relying on property — which currently generates 29 per cent of GDP — is no longer viable.

But can green technologies step up to become a crucial growth dynamo? It will be many years before we know. But some leading Chinese experts are making projections that, if they materialise, will amaze the world.

This month, Zhang Xiaohui, dean of Tsinghua University’s School of Finance, estimated that China’s net zero strategy would require investment of up to $46.6tn until 2060, the year by which Beijing has pledged it will reach carbon neutrality. This would be equivalent of about 10 per cent of annual projected capital investments.

Some see such a huge ambition as a massive drain on government finances, but Zhang says that 90 per cent of the money raised will come from “green finance”. China is already the world’s second-largest issuer of green bonds — and it has only just got started.

In this connection, Evergrande’s fate becomes keenly relevant. By shrinking the property market, Beijing is — in effect — freeing up capital to drive the investment required to realise the country’s green ambitions in clean energy, electric vehicles and smart grids.

China is experiencing an upsurge in intellectual property litigation. And foreign companies are increasingly becoming targets.

A revised patent law has reduced the burden of proof for plaintiffs in patent infringement cases, making Chinese companies more likely to sue. Other revisions have also sharply raised the maximum damages that can be awarded in patent, trademark and copyright cases.

A total of 28,528 intellectual property infringement cases concerning such areas as patents, utility models and designs were heard by Chinese courts of first instance in 2020, up 28 per cent from the previous year. Copyright and trademark suits are also soaring.

Lai Chang Wen, co-founder and chief executive of south-east Asian logistics group Ninja Van, has 587m new reasons to be happy. Lai, who helped found the company in 2014, while still in his 20s, has secured a big new backer in Chinese ecommerce giant Alibaba as part of the huge Series E funding round.

Ninja Van’s employees, with their bright red uniforms, can be spotted throughout south-east Asia, from mountains in the Philippines to remote villages in Indonesia, and even with their mopeds mounted on boats during typhoon season, as they deliver 2m parcels a day. Business for the company, which bills itself as a tech-enabled logistics player, has boomed during the pandemic thanks to the explosion in ecommerce.

The company’s latest funding round, which takes its valuation to well over $1bn, comes as it considers an initial public offering as soon as next year. “The market recognises the emerging opportunities for ecommerce logistics in south-east Asia,” Lai said. “Ninja Van is positioned to take a central role in meeting the shifting demands of both businesses and consumers.”