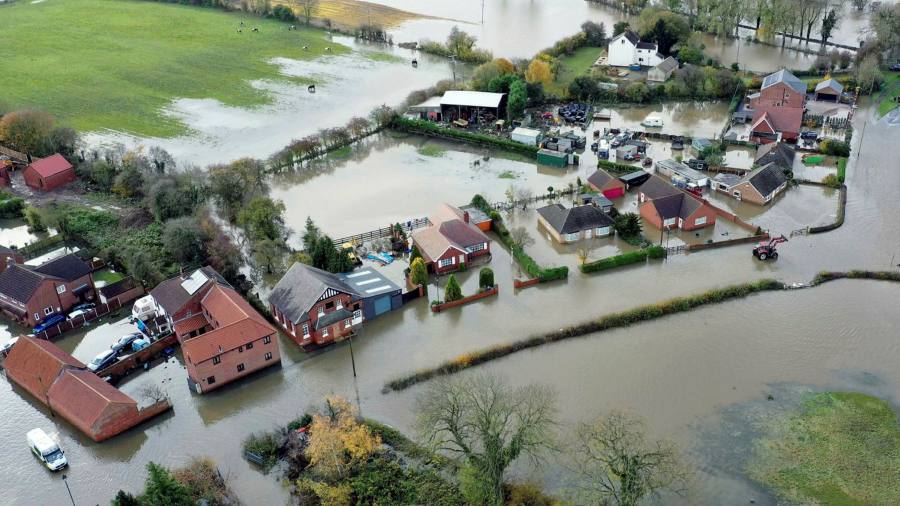 Artificial intelligence improves the accuracy of short-term weather forecasts and particularly the prediction of storms and heavy rain, according to research by the UK Meteorological Office and DeepMind, the London-based AI company.

Their project focused on “nowcasting” — pinpointing the timing, location and intensity of precipitation at high resolution up to two hours ahead — which is not handled well by the supercomputer models used to forecast weather on a larger scale over the next day or week.

This is critical for applications ranging from warning emergency services about an imminent flood risk to letting organisers of outdoor events know when a downpour is coming.

The results, published in Nature, show that an AI-based approach called “deep generative modelling” or DGM outperformed other nowcasting methods over a wide range of measures. It was ranked first for accuracy and usefulness by 89 per cent of a panel of 56 professional meteorologists, who were blinded to the source of the predictions.

“Improving the accuracy of short-term forecasting is an incredibly important endeavour,” said Niall Robinson, head of partnerships and product innovation at the Met Office, Britain’s national weather and climate service.

“Extreme weather has catastrophic consequences including loss of life and, as the effects of climate change suggest, these types of events are set to become more common,” he added. “This research demonstrates the potential AI may offer as a powerful tool for improving our short-term forecasts and our understanding of how our weather patterns are evolving.”

The DeepMind and Met Office researchers trained DGM to predict the development of precipitation (rain and snow) by analysing three years of UK radar maps. These show how much rain is falling every five minutes at 1km spatial resolution.

According to Shakir Mohamed, a senior DeepMind researcher, the AI technique involved is quite different from two other areas in which DeepMind has achieved success: playing games such as Go and determining the shape of protein molecules. The company was founded in 2010 and bought by Google in 2014.

DGM focuses on the probability of sequences such as rainfall patterns playing out rather than on achieving a specific result such as winning a game or discovering how a protein folds.

Robinson said the Met Office was considering how to use the DeepMind research in its operational forecasting. “We need to carefully consider how new tools are deployed and maintained, the best user interfaces for our meteorologists, and how it fits in with all the other forecasts we provide,” he said.

Looking ahead, Robinson said the Met Office “is currently exploring where we might next collaborate on other research questions [with DeepMind], including applying AI to assess the impact of climate change and the processing of weather observations to create even better weather forecasts.”

The researchers said the aim was not to supplant human meteorologists with automated experts but to improve their work.

“AI could be a powerful tool, enabling forecasters to spend less time trawling through ever growing piles of prediction data and instead focus on better understanding the implications of their forecasts,” said Mohamed. “This will be integral for mitigating the adverse effects of climate change today, supporting adaptation to changing weather patterns and potentially saving lives.”