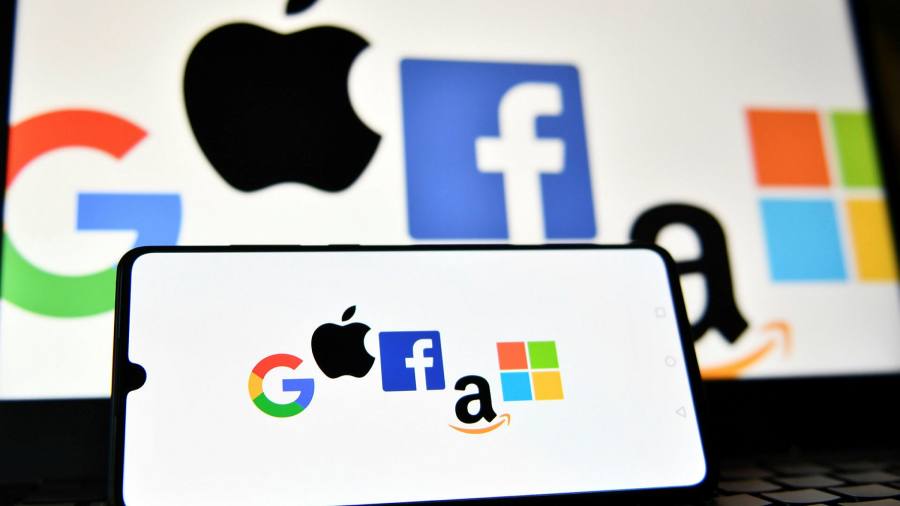 The spasm that passed through Wall Street on Tuesday sliced $290bn from the combined stock market value of Apple, Microsoft, Alphabet, Amazon and Facebook.

True, everything about Big Tech is big, and even wealth destruction on this scale only represented around 3 per cent of the companies’ collective capitalisation. But when much of the market rebounded on Wednesday, the leading tech stocks didn’t bounce with it. The Nasdaq Composite — which includes all five companies — rose 1.6 per cent: Big Tech’s value didn’t recover at all.

After such a long stock market run, it’s not surprising that setbacks like this are closely watched for evidence of any more lasting reversal in sentiment. Short of a spike in interest rates or deeper economic setback, though, it’s still hard to see what will end Big Tech’s market dominance.

Remember the “reopening trade” earlier this year? That was meant to bring a rotation into cyclical sectors that would benefit from a snapback in economic growth. Covid-19’s Delta variant helped to stop that trade in its tracks, and by early summer tech stocks were back in the driving seat.

It also transpired that partial reopening was very good for large parts of the tech sector. Stellar second-quarter profits provided ample evidence that a group of companies that had helped to support the economy in the dark days of the pandemic were now among the best-placed to lead it out again.

This week, a new set of worries has settled on the market. Along with the lingering pandemic, tight supply chains and labour shortages are both weighing on the US economy.

At the same time, interest rates are inching up. The pressure for a sharper rise may have eased, but a tightening cycle like this can still send the occasional convulsion of anxiety through the market, with “growth” stocks on higher valuations the most vulnerable.

Yet if supply-side pressures are causing havoc, the demand side, for much of the tech sector, still looks solid. The delayed reopening has itself extended spending on digital services that did well during the pandemic. The secular growth forces that have lifted Big Tech higher are still very much intact.

There are still plenty of open questions. Among them: will the effects of the slowdown linger through 2022? Optimists like Jim Tierney, chief investment officer for US growth at AllianceBernstein, predict that, with companies and individuals flush with cash, any lost sales now will simply be pushed into next year, extending the good times for tech.

The other big unknown is whether the pandemic led to an unsustainable rise in some types of tech spending, either because it created temporary demand for services like video conferencing, or because companies were forced to pull forward plans to digitise parts of their operations so they could stay in business.

A disappointing earnings forecast from memory chipmaker Micron this week as sales of PCs drop back after the work-from-home boom provided some fodder for the pessimists.

But slowing economic growth could actually benefit tech stocks by reducing the threat of a spike in interest rates, points out Walter Price, a tech fund manager at Allianz Global Investors. The sector may be able to take the impact of more moderate rate rises on their valuations in its stride.

Such valuation are towards the high end of historic ranges, but they are not looking unduly stretched. Alphabet’s shares are up 86 per cent in the past 12 months, adding an astounding $830bn to its market value. But with earnings also surging, the ratio of its price to earnings has remained at around 30.

Facebook is even beginning to look cheap, at least relative to the rest of the market and its own history, says Tierney. Worries that changes to Apple’s privacy rules will hurt its advertising business have taken Facebook’s P/E ratio down to 24.

Of course, other risks could start to weigh more heavily in the coming months, not least the threat of tougher regulation. Wall Street is still betting that Democrats in Washington will not turn their anti-tech rhetoric of the past year into legislation that seriously limits Big Tech’s actions.

According to Price at Allianz, this week’s market jolt is “the usual tech correction that happens often in September and is over by October”.

That may sound complacent. But as growth continues and the pressure for higher interest rates abates, there is every reason to believe the extraordinary run in tech stocks has further to go.