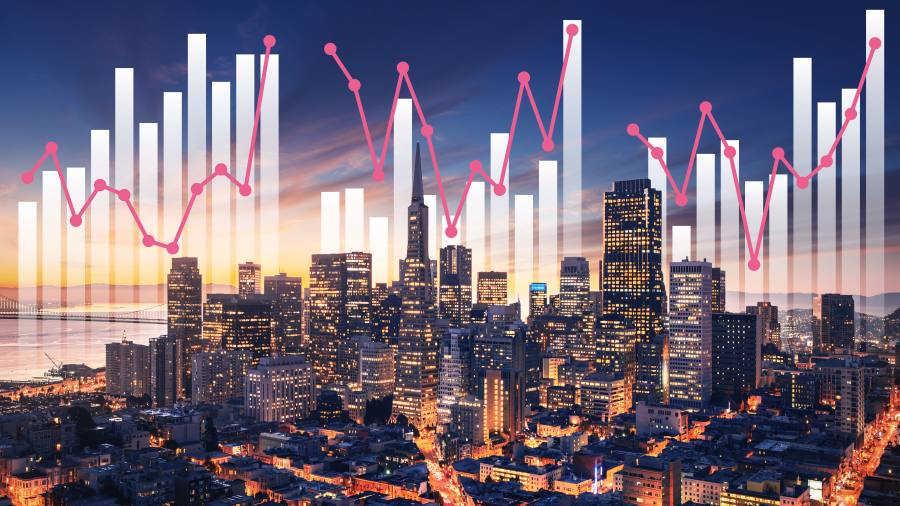 Venture capitalist are increasing the valuations they give to start-ups at the steepest rate in the past decade, stoking fears of overheating in the market for emerging technology companies.

Private companies that get venture capital are seeing their valuations double with each round of funding, the biggest median increase since records began, according to PitchBook data.

Last year, by contrast, the median step-up was a multiple of 1.5. The metric is obtained by dividing a company’s current valuation by the valuation it received in its previous round of financing.

The data point to a new reality in Silicon Valley where few venture capitalists are willing to pass on a hot deal, even if it looks pricey by historical standards.

“All of us have caved,” Keith Rabois, a partner at Founders Fund, wrote on Twitter in July. Founders Fund has made early investments in companies including Airbnb, Stripe and SpaceX.

Coupled with a record year for funding, the high-priced environment has triggered renewed concerns about exuberance in venture capital, potentially hurting the performance of an investment class that has produced top returns during the past decade.

Investors in start-ups marked the value of their holdings up by an average of more than 26 per cent in each of the first two quarters this year, according to data from the secondary markets company Zanbato. The return of the S&P 500 index including dividends was 15.3 per cent during the first half of the year.

“At the highest level, returns are driving the increased investment in private markets,” said Nico Sand, chief executive of Zanbato.

As valuations have increased, so have the sums venture capitalists must invest to accumulate significant ownership stakes in desirable start-ups.

The size of the median Series A deal — typically a start-up’s first significant round of funding — has grown more than one-third to above $10m this year, according to PitchBook data.

Later rounds of funding have grown by an even greater magnitude. From the Series D stage onward, the size of the median financing has increased by more than 80 per cent to nearly $110m.

PitchBook calculates valuations based on data from companies and public sources, as well as corporate and regulatory filings. The data may be influenced by the tendency of successful start-ups to report financial information more frequently than struggling ones.

Venture capitalists have pointed to the massive profits produced by big tech companies and a series of blockbuster public listings as evidence of an expanding market for tech services, especially in areas like business software and finance.

Some of the growth has been spurred by the pandemic, which has benefited start-ups in areas like online shopping and workplace collaboration. On the other hand, those in travel and sectors that rely on in-person interaction have struggled or folded altogether, such as the apartment rental company Stay Alfred, which collapsed in May 2020 as the crisis escalated.

Investors have granted some of the steepest price increases to fintech start-ups, whose valuations have increased by a median 2.4 times from venture financings this year. Ecommerce and business software companies in the US have also at least doubled in value each time they seek new funds.

Investors in venture capital firms said they had noticed an increased in so-called insider rounds, where one backer leads multiple subsequent financings in a start-up, setting its valuation higher each time.

In January, the venture capital firm Andreessen Horowitz led a round of funding that valued the social audio app Clubhouse at about $1bn. Three months later, the firm led another financing that quadrupled the start-up’s valuation, even as mobile data showed fewer people were downloading the app.

Chainalysis, which sells software used to detect cryptocurrency fraud, has also experienced a meteoric rise during the pandemic.

The New York-based company has raised new funding four times since July last year, when investors added to a round of financing from the previous year.

In November, Lee Fixel’s Addition led an investment that gave Chainalyis a billion-dollar valuation. Four months later, another round of financing led by the cryptocurrency investor Paradigm valued it at more than $2bn.

In a matter of three months, Coatue Management, a new investor, judged its value had risen even higher, to $4.2bn. Only one year earlier, investors had valued the company at less than $300m.

The pandemic has had a “differential impact” on start-ups, boosting the fortunes of those on the winning side of the shift to digital services, said Will Gornall, assistant professor of finance at the University of British Columbia.