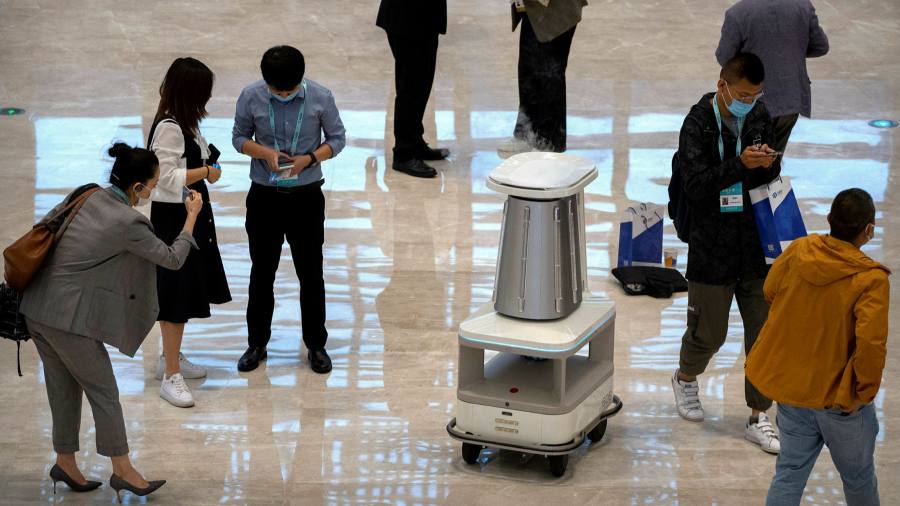 We’ll send you a myFT Daily Digest email rounding up the latest AI and jobs news every morning.

Manual workers have long feared that an era of self-driving trucks and robot fast food servers was about to wipe out their jobs. Now those same workers find themselves in demand across much of the developed world as economies bounce back from the pandemic, and governments and employers are posing a different question: where are the robots when we need them?

Covid-related lockdowns and travel restrictions have already accelerated automation in warehouses, factories and even restaurants. The political backlash in many rich countries against reliance on migrant labour means current shortages of everything from truck drivers and fruit pickers to social care workers may outlast the post-pandemic rebound.

These are a potential spur for a new round of automation — and there are historical precedents. In 1964, the end of the two-decade Bracero programme that brought millions of Mexicans to America to do farm work was expected to provide more employment for US workers. Instead, it sparked a wave of mechanisation by farmers.

Yet workers in at least some of today’s shortage sectors may not be replaced by robots any time soon, because their jobs are still hard for machines to do, and technologies are taking longer than expected to perfect.

Many advanced manufacturing economies have already taken automation to high levels in sectors where this is most suited. Machines are ideal for predictable, repetitive tasks in a controlled environment, such as on production lines. The boom in online shopping during the pandemic, meanwhile, has accelerated the switch to automated systems picking orders. Convoys of autonomous trucks are already being trialled and could soon replace drivers, at least on open highways and between distribution centres. The technology is some way off replicating complex journeys to city-centre supermarkets or petrol stations.

It is trickier to use machines for tasks that require dexterity in irregular settings, cognitive skills or interaction with an unpredictable real world. Agriculture has long been highly mechanised in preparing the soil, planting seeds or harvesting crops. But farmers and the food industry still rely on human hands to locate and pick fruit without bruising it, or to debone chickens. Coronavirus spurred US meat processors to invest in automation, but often deployed alongside humans who still do the most highly skilled jobs.

Indeed, it is becoming clear that robots are often best used to augment human skills, not replace them. Automation of support roles is likely to spread, including in services. With an ageing population and shrinking workforce, Japan is already using robots in nursing homes, schools and offices, as security guards, cleaners or companions for the elderly. Visit a hair salon before too long and you might find a robot sweeping the floor or taking bookings, while humans do the styling.

One further barrier to automation is that the businesses and employers suffering labour shortages today often operate in highly competitive, low-margin sectors — and struggle to amass capital to invest in technology. To boost productivity here, governments may need to provide better incentives, for example through grants or tax breaks.

Significant numbers of jobs, however, will remain difficult to automate in the near future — so filling shortages domestically will mean improving pay and conditions and investing in training. The Conservative government in the post-Brexit UK, among others, says it is committed to do so. How much that will cost, and its effect on prices, is only now starting to become clear.