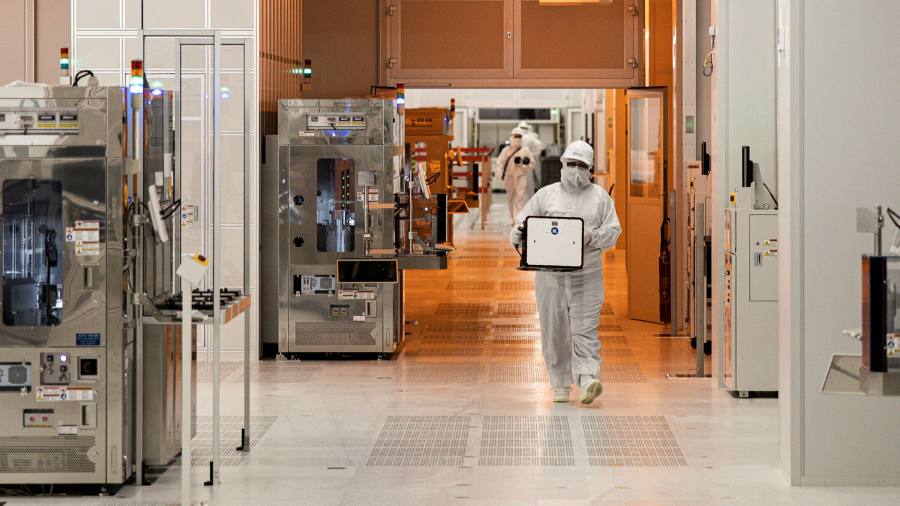 As semiconductor shortages continue to force carmakers to cut back production, the EU’s internal market commissioner Thierry Breton visited Japan and South Korea last week in search of international partnerships for the bloc’s planned “European Chips Act”. Formally unveiled last month by Commission president Ursula von der Leyen, this aims to bring the EU up to speed with other leading microchip producers. The plan is well motivated — but flawed in parts.

Supply chain disruptions have focused attention on microchips as the heart of the digital economy — crucial to artificial intelligence, quantum computing and the “internet of things”. Access to the most sophisticated chips is important not just for industry but for military security. Yet most production is in the hands of China, Taiwan, South Korea, and the US.

All are investing heavily in bolstering their own positions. The bipartisan Chips for America Act envisages billions of dollars of investment in microchip manufacturing and research. China, hampered by export controls preventing transfer of US technology, is spending even more on trying to catch up. Von der Leyen frames the EU’s plans as a matter of “competitiveness and technological sovereignty”.

Semiconductors are the kind of area in which co-ordinated EU action can bring results. But one of the key goals — doubling the EU’s share of global semiconductor manufacturing to 20 per cent by 2030 — is risky and expensive. Today’s top producers enjoy a head start of decades and countless billions of dollars in investment. They also have large manufacturing sectors, for example in consumer electronics, that provide markets for the output of “mega-fabs” or plants producing large volumes of advanced chips.

The business case for pouring vast investment — including public money — into building a substantial EU position in all parts of the semiconductor value chain is unproven. It is unclear if EU chip plants, with higher labour costs and lower subsidies, can compete with low-cost Asian producers.

There is a more compelling case for the EU to funnel public and private investment into building up parts of the supply chain that it already does well — including research and development, and specialist manufacturing. It should seek to harness its scientific prowess in high-value areas, notably by rekindling its chip design industry. Europe lacks leading “fabless” tech companies that design chips and outsource manufacturing — though it has strong research facilities, such as Belgium’s Interuniversity Microelectronics Centre, a leader in semiconductor research, including 2-nanometer chips.

The bloc also needs to strengthen mutual dependencies with other partners, especially the US. It could leverage its position as a supplier of machinery and other important inputs, such as chemicals, for chip manufacturing. The Netherlands’ ASML, for example, supplies advanced lithography machines to chipmakers. The EU can offer its machinery, inputs and designs in return for guaranteed access to microchip production.

Though the EU’s semiconductor initiative has received most attention, a parallel alliance it launched in July — on edge and cloud computing — is no less significant, and arguably a better case for an activist policy. It aims to bring together businesses, academics and the research world to foster development of next-generation cloud infrastructure for the public and private sectors. Success here, rather than in being able to make its own chips, will be more decisive in securing European competitiveness for the future.