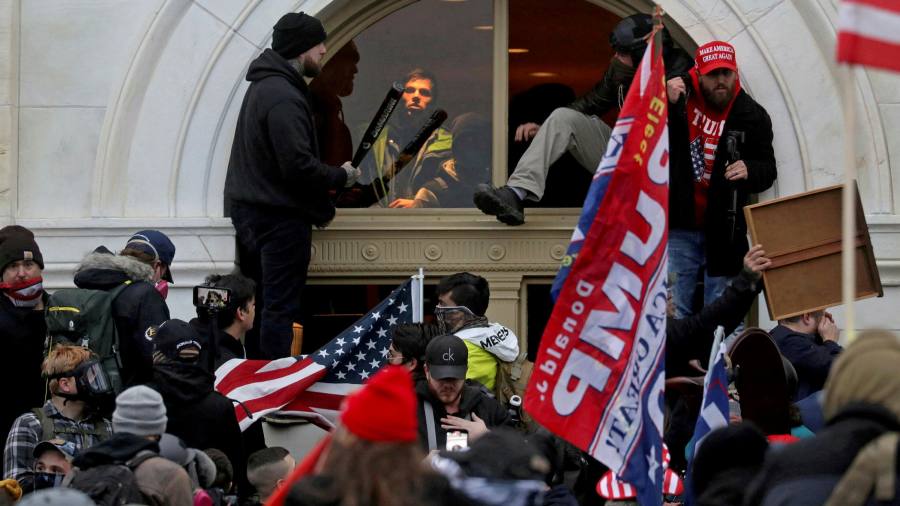 A Facebook whistleblower on Sunday accused the company of placing “profit over safety”, as it emerged that she had complained to US securities regulators that it was misleading investors.

Speaking on the news programme 60 minutes, Frances Haugen, a former Facebook product manager, unmasked herself as the whistleblower who has leaked a trove of internal company documents to the Wall Street Journal. Her revelations have plunged the social media company into its deepest crisis since the Cambridge Analytica scandal.

Haugen suggested that the company had lied to the public, exaggerating the progress it had made around tackling hate, violence, and misinformation on its platform, presenting “tens of thousands” of pages of documents as evidence.

“There were conflicts of interest between what was good for the public and what was good for Facebook,” Haugen said in the interview. “And Facebook, over and over again, chose to optimise for its own interests, like making more money.”

Among her claims, she said Facebook had prematurely disbanded its civic integrity team — responsible for protecting the democratic process and tackling misinformation — after the 2020 election, the effect of which contributed to the January 6 storming of Capitol Hill that followed.

“It was the moment where I was like, I don’t trust that they’re willing to actually invest what needs to be invested to keep Facebook from being dangerous,” she said.

The platform came under fire again earlier this year for its perceived role in allowing the perpetrators of the insurrection at the Capitol to stoke unrest, spread conspiratorial content and ultimately organise the storming of the government building.

According to 60 minutes, Haugen’s lawyers last month filed “at least eight complaints” with the Securities and Exchange Commission. These contrasted the company’s internal research with its public claims — including, for example, the assertion by chief executive Mark Zuckerberg that Facebook removes content that leads to real-world harm.

Haugen’s lawyers indicated that they had accused the company of making misstatements that affect investors.

Facebook did not immediately respond to a request for comment but went on the offensive ahead of the television segment. Nick Clegg, its head of global affairs, sent a memo to employees on Friday in which he called the accusations “misleading”, and appeared on CNN on Sunday to dismiss them as “ludicrous”.

Responsibility for the Capitol riots “rests squarely with the perpetrators of the violence, and those in politics and elsewhere who actively encouraged them”, Clegg said in the memo, obtained by the FT and first reported by the New York Times. “The idea that Facebook is the chief cause of polarisation isn’t supported by the facts.”

According to her LinkedIn profile, Haugen has worked as a product manager at Facebook based in Menlo Park since 2019 on the civic integrity team. She left the company in May. Her career has also included stints as a product manager for Pinterest, Yelp and Google, and she was part of the founding team of the first iteration of dating app Hinge, then called Secret Agent Cupid.

Last month, the Wall Street Journal began publishing a series of articles based on documents shared by Haugen that shine a harsh spotlight on the company’s inner workings.

So far, these have included allegations that the company has a system called “cross-check” that allows certain celebrities, politicians and other elite users to break its rules with impunity. Other articles highlighted the company’s efforts to lure young people to the platform amid rising competition from Snapchat and TikTok — and suggested the company buried research that found that it could be detrimental to the mental health of teen users, particularly young girls.

Last month, Haugen met and shared documents with several members of Congress, including Senators Richard Blumenthal and Marsha Blackburn, and is due to testify at a Senate hearing on Tuesday.

Already her revelations — via the Journal — have sparked a firestorm of criticism of Facebook by regulators and lawmakers across the political spectrum, and demands for more transparency from the company’s executives over its research and how it plans to address its myriad challenges.

Last week, Facebook suspended its plans to develop Instagram Kids, a version of the photo app for under-13s amid the scrutiny.