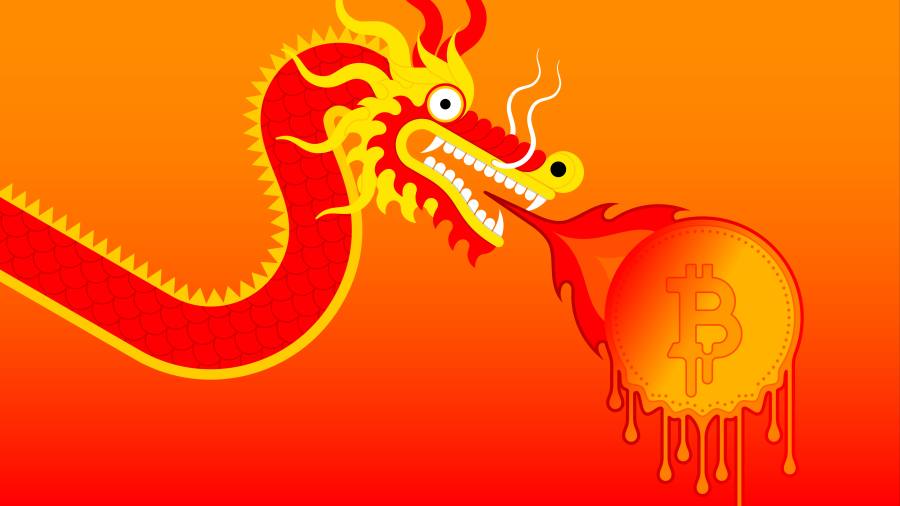 How to become a bitcoin millionaire” is a common theme of videos on TikTok, the app built by Beijing-based company ByteDance. In clip after clip, young influencers teach others how to follow in their footsteps, showing off lifestyles funded by crypto wealth.

Yet the experience when I open ByteDance’s Chinese sister app, Douyin, is a contrast. As I search for Bitebi (Chinese for bitcoin), the platform cues up negative videos for me to watch.

In the first, racks of whirring computers mining bitcoin are captioned with a note informing me that, annually, they consume more power than 100 countries. In another, the speaker ends a bitcoin monologue: “Why don’t we just play with a bunch of air instead? You buy mine and I’ll buy yours.”

Why are the two apps so different? It is not that young people in China are so different from their foreign peers. But Beijing controls what content they can see and ByteDance must censor its sites in line with the government’s priorities. Increasingly, that means closely monitoring content related to digital coins such as bitcoin.

It is a significant U-turn for a country that, five years ago, accounted for 90 per cent of the world’s bitcoin trade

Last month, the People’s Bank of China and nine other agencies, including the public security bureau, made all cryptocurrency transactions illegal. Major exchanges where investors buy and sell digital currencies began to cut ties with their Chinese users. This continued a campaign started earlier this year, where Chinese authorities shut down the country’s power-hungry computer farms where bitcoin are mined.

It is a significant U-turn for a country that, five years ago, accounted for 90 per cent of the world’s bitcoin trade. Until this spring, almost half of the world’s bitcoin was mined by computer farms in China, while digital wallets in the country received $150bn worth of cryptocurrency in the first half of the year, second only to the US, according to data provider Chainalysis.

The crackdown in China pits the unlimited power of an authoritarian government against a key selling point of cryptocurrencies — that the decentralised networks of computers that run digital currencies put them beyond the control of any central authority.

From Beijing’s perspective, bitcoin allows Chinese citizens to skirt the country’s strict capital controls limiting transfers abroad to $50,000 a year. Even domestically it affords ordinary people the ability to transfer money or make investments without government oversight. At one time it was possible to buy a coffee in the Chinese capital with bitcoin.

When Beijing first banned cryptocurrency exchanges in 2017, the online centres for trading digital coins fled offshore. Loopholes allowed Chinese users to continue buying and selling bitcoin with a few extra steps added in. But the latest rules have spurred the websites and apps serving them to move on their own to cut off Chinese users.

Perhaps in fear that their China-based employees could be targeted, offshore exchanges have begun turning away Chinese clients. And several digital wallets, where individuals store cryptocurrency, are disconnecting mainland users.

Douyin is just one of the many Chinese media platforms now filtering what users can learn about digital coins. Another leading site ChainNode is notifying users of an “upgrade” that will change its focus. Posts on its forum about cryptocurrencies, such as a list of Beijing establishments that accept bitcoin, have disappeared.

In any case, the deleted content seems to have been behind the times. At the top of the list was a Beijing coffee shop in the heart of the city’s tech hub, which was once famous for accepting bitcoin. But a barista there told me it had been several years since customers could pay with it. “You can’t even come here to talk about it,” he says. “We used to have bitcoin events but the government doesn’t let us any more.”

While it remains possible for Chinese users to send bitcoin to each other, validating crypto believers’ faith in the distributed network of computers that maintain the currency, the larger question is whether people will continue to bother. Beijing has been very successful at marginalising ideas that don’t fit its narrative.

Meanwhile, on Douyin online influencers are much more positive about the new digital renminbi, an electronic currency being rolled out by China’s own central bank, which is likely to give authorities an unprecedented ability to trace transactions.

When I speak to a Chinese official, he tells me the country no longer needs bitcoin. “We have our own digital currency now,” he says.