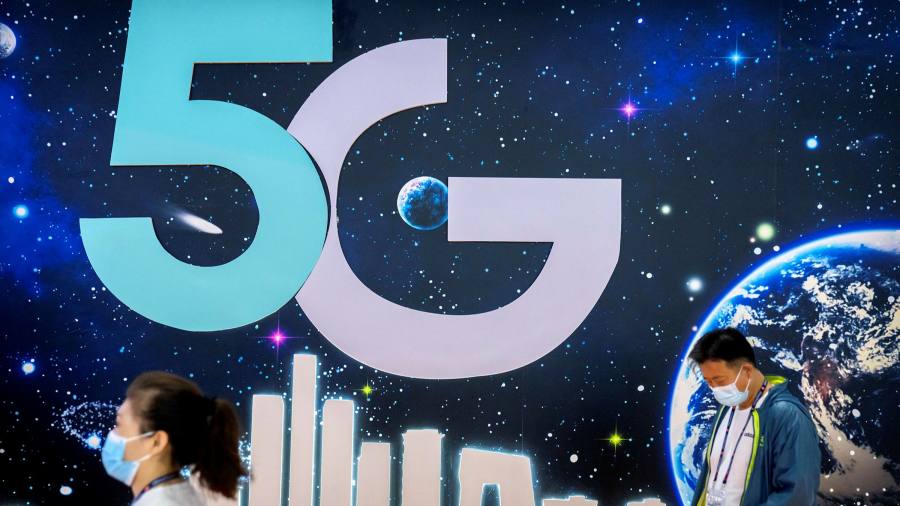 Hello, Ken here in Tokyo. The mood is turning upbeat as Covid cases drop, nightlife is slowly coming back and now, Japan-born Syukuro Manabe has won a Nobel Prize in physics (Spotlight). A Taiwanese manufacturer and Microsoft are trying to establish an early-mover advantage in 5G private networks (The Big Story). In south-east Asia, the “superapp” rivalry between Singapore’s Grab and Indonesia’s GoTo is ramping up as Grab acquires Indonesia’s e-payment leader OVO (Mercedes’ top 10). See you next week!

A giant Taiwanese company is teaming up with Microsoft to break in to the 5G telecoms industry. Pegatron, a crucial maker of iPhones, has been quietly developing its 5G prowess since 2019 as it looks beyond Apple amid a slowing smartphone market, reports Nikkei Asia in this exclusive.

The aim is to develop private 5G networks, which are smaller than public networks and used in specific locations such as a factory, hospital or farm.

Key implications: The iPhone assembler, one of Taiwan’s biggest companies, is the latest tech group to try to tap the market for 5G private networks, following the likes of Foxconn, MacBook maker Quanta Computer and iPad manufacturer Compal Electronics.

Pegatron has invested more than $36m and hired more than 200 people specialising in networks to support its budding 5G business, said people with direct knowledge of the matter.

Upshot: Pegatron’s move shows the growing diffusion of 5G telecoms technology. The combined strength of Microsoft and the Taiwanese manufacturer has the capacity to create a serious competitor in an industry dominated by Huawei and others.

Nikkei Asia has found that large-lot contract prices of a 4-gigabit DDR3 Dram, a benchmark working memory chip, averaged $3.10 in August, down 5 cents from July, marking the first price drop in 10 months. The contract price decline followed spot Dram prices, which peaked as early as spring and are now leading analysts to downgrade price expectations for the fourth quarter.

Some analysts are turning bearish on chip prices in the medium term, arguing that chip manufacturers are repeating the familiar mistake of investing in excessive production capacity.

In fact, Nikkei reports show that the aggregate capital expenditures in 2021 of 10 big chipmakers, including TSMC, Intel and Samsung Electronics will increase as much as 30 per cent from last year to top $100bn. Those companies are building as many as 24 chip factories in just the two years to end-2022.

So is it really likely that “winter is coming” to the Dram memory market, as Morgan Stanley declared in August?

Not really. For one thing, the capital expenditure number does not reveal whether those manufacturers are adding capacity specifically to Dram production lines. For another, the oligopolistic structure of the Dram market, dominated by three players — Samsung, SK Hynix and Micron Technology — has helped keep prices profitable.

Indeed, Micron’s chief executive Sanjay Mehrotra said in an earnings call in late September that the memory industry was maintaining “prudent capex”, and predicted that a “healthy industry supply-demand balance” would continue. It is unlikely that a Dram price war will ensue.

Such a step-change appears likely because of the enormous investments the sector is attracting. Carmakers have announced a total of $330bn of investment in electric and battery technology over the next five years, according to calculations from consultancy AlixPartners, a sum that has risen 40 per cent over the past 12 months.

Already, there are about 330 pure electric or hybrid models that combine a battery and traditional engine on sale, according to calculations from AlixPartners, compared with 86 five years ago. That number will balloon further to more than 500 by 2025, amid a flurry of releases.

Syukuro Manabe has, at the age of 90, won a Nobel Prize for his work in the 1960s that helped predict global warming.

In 1967, he estimated that ground temperatures would rise 2.3C if the amount of carbon dioxide in the atmosphere doubled. This clarified the crucial role carbon dioxide plays in climate change and prompted a wave of other global warming and climate research to take off.

Born in Japan, Manabe is a naturalised US citizen and a professor at Princeton University in New Jersey.

He graduated from the University of Tokyo and received his doctorate from the Graduate School of Science in 1958 before moving to the US to work on climate research at the National Oceanic and Atmospheric Administration. There, he began research on how to predict the weather using computers, which were just starting to become prevalent.

He won the prize jointly with Klaus Hasselmann, 89, a leading German oceanographer, and Giorgio Parisi, 73, an Italian physicist.

The University of Tokyo plans to start investing directly in start-ups with a ¥60bn ($537m) fund, Nikkei has learned.

It hopes the fund will put Japan’s most famous university on a similar trajectory to Harvard University, which invests huge sums in campus start-ups each year, thereby helping drive US tech innovation.

The University of Tokyo will begin by investing ¥10bn. It will also seek further funding from outside investors. The goal is to increase the size of the fund to about ¥60bn in 10 years to seed the formation of 300 start-ups.

Universities in Japan are currently prohibited from directly investing in start-ups. But a legal amendment will take effect in April allowing the University of Tokyo, Kyoto University, Tohoku University and six other institutions conducting world-class research to invest in new companies.