Motorola just unveiled the Moto G Pure and it claimed the title of the cheapest phone of the new G-series. At $160 in the US it is cheaper than even the G Play ($170 MSRP). The two phones are similar in many ways, though the Pure makes some compromises to hit its price point. 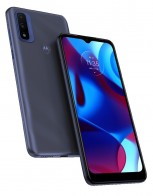 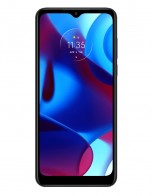 Also, the battery is 20% smaller at 4,000 mAh (vs. 5,000 mAh). It supports the same 10W charging using the supplied adapter. Motorola claims that the battery is big enough to last two days of typical usage.

The rest is mostly the same. The G Pure is equipped with 3 GB of RAM and 32 GB storage with a microSD expansion slot. It does come with the newer Android 11 out of the box.

Like its sibling, the phone has a plastic body with some basic waterproofing (IP52). It is thinner and lighter, though, measuring 8.75 mm and 188g compared to 9.4 mm and 204g for the Play.

The same goes for the main 13 MP camera (1.12 µm pixels, f/2.2 aperture vs. f/2.0). The front and rear cameras can record 1080p video at 30 fps whereas the Play could also do 1080p 60 fps with the rear cam (the Snapdragon is just more powerful). Anyway, the 13 MP camera is partnered with a 2 MP depth sensor, along with a single LED flash. There is also a fingerprint reader on the back.

The phone is available only as a single-SIM device, you can check Motorola’s site for compatibility with US carriers (including VoLTE, Wi-Fi calling, etc.). There is also Wi-Fi 5 (ac) and Bluetooth 5.0, but no NFC. Wired connectivity includes USB-C 2.0 port on the bottom and a 3.5 mm headphone jack on top. 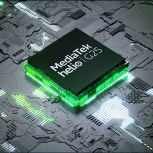 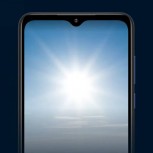 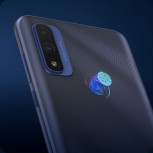 The Motorola Moto G Pure will go on pre-order in the US on October 14. It will be available through Motorola.com, as well as retailers like Amazon, BestBuy, Walmart and B&H Photo. Carriers will offer it for free with a 24-30 month contract.

The G Pure will also be available in Canada, but we didn’t see it anywhere else. There is only one colorway, Deep Indigo.