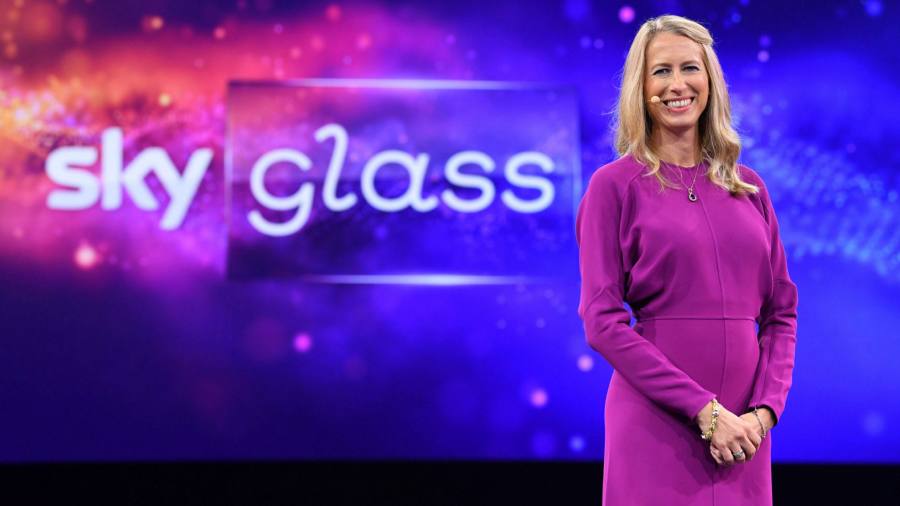 Sky has revived the television set as a key tool in the battle for viewers’ eyeballs as the broadcaster tries to position itself as a go-to entertainment provider in the streaming era.

The Comcast-owned company has said it will make a “small margin” for every Sky Glass smart TV it sells but that the real benefit will be in increasing the loyalty of its customer base and attracting new customers who cannot attach a satellite dish to their premises or do not want to.

It will also take a leaf out of the telecoms market by offering consumers the option of buying the high-end models on monthly contracts in the same way they buy smartphones. Sky’s plans for a smart TV launch were first reported by the Financial Times last month.

“Six million TV sets a year are sold in the UK. We don’t need a big portion of that to be happy,” said Dana Strong, who was appointed chief executive of the UK-based company last year.

It is the latest move in a resetting of the global telecoms and media market with the likes of BT and AT&T seeking to exit content production to focus on networks while media companies including Disney, Netflix and Comcast expand globally to build scale.

The launch of Sky Glass is the first fruit of the combination of Comcast and Sky since the US company, the world’s largest broadband provider and owner of NBCUniversal, sealed a £30.6bn takeover of the European company after a bruising bid battle with Fox and Disney.

Brian Roberts, chair and chief executive of Comcast, attended the launch of Sky Glass in east London on Thursday and said it had the potential to become one of the “big moments” that have transformed the television industry in the past 60 years. “The big idea was to reimagine television and Sky’s role in the living room,” he added.

Staking Sky’s future on the TV set seems at odds with trends in the consumer market, which have involved even well-known brands such as Philips exiting the business due to low profitability and intense competition.

But Sky, which will assemble the sets itself in Europe, argues the television is the focal point for entertainment in the home and an opportunity to reduce the fragmentation of the content and hardware markets.

It will group all content on streaming services including Netflix, Amazon, Disney, the BBC and its own, into one place — reflecting the approach of Apple and Amazon in the TV market — and the set will subsume the set-top box and sound bar, meaning there is less clutter and cabling.

Claire Enders, founder of Enders Analysis, said she expected that hundreds of thousands of new customers would join Sky and highlighted the mobile phone-like payment plan as a radical move that could open up the broadcaster to a new audience. “This is like the iPhone. It’s that kind of moment,” she added.

However one constraint could be the quality of broadband speeds needed to support Sky Glass.

Sky Glass, if successful, would be a significant step in moving one of Europe’s largest media companies away from traditional satellite services to broadband-based delivery following the launch of its Now TV streaming service almost a decade ago. Strong, however, said that satellite remained a “very reliable, robust” technology that was an economically efficient way to deliver content to millions of people.