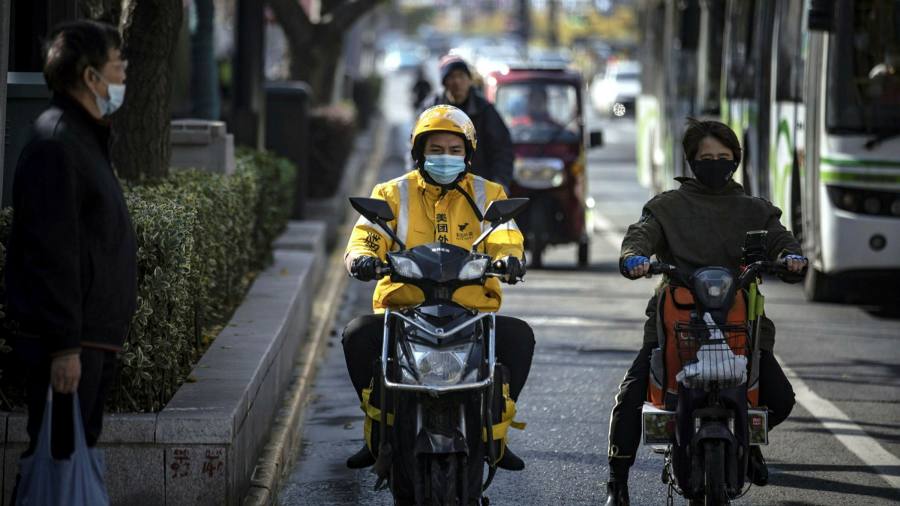 Chinese food delivery group Meituan has to swallow a Rmb3.4bn ($530m) fine after being found guilty of monopolistic practices. The company is the latest casualty of Beijing’s campaign against its tech giants.

Despite the huge fine, some analysts say the company got off lightly.

Ryan McMorrow and Eleanor Olcott report that the State Administration for Market Regulation found that Meituan had forced restaurants to exclusively sell food on its app by slowing down restaurant approvals, varying fee levels and using algorithms, merchant deposits and data to compel restaurants to remain loyal to the platform. As part of its punishment, Meituan was told to return Rmb1.3bn worth of deposits paid by restaurants for exclusivity deals.

The antitrust regulator warned the company to “comprehensively rectify” its activities, by ensuring fair treatment of its drivers and providing reports on its practices for the next three years.

Beijing’s crackdown on its tech sector continues to create market jitters. On Wednesday, the Hang Seng Tech index, which tracks 30 of China’s biggest technology companies, closed at a record low. The index fell 1.5 per cent, closing at 5866 and dipping below a previous low reached in August. The index rebounded yesterday, gaining 5.2 per cent, amid news that Daily Journal Corp increased its stake in Alibaba Group Holding by 83 per cent last quarter.

But this penalty may be a rare bit of good news for China’s battered tech sector. The fine is equivalent to 3 per cent of Meituan’s revenue, which “won’t have a substantive impact on the business”, according to Li Chengdong, chief executive of Dolphin Think Tank. Some analysts had predicted Meituan would face fines as high as $700 million in the wake of Alibaba being hit with a record Rmb18.2bn fine in April for abusing its market dominance.

Samsung reported its highest profit in three years. The company said its operating profit was Won15.8tn ($13.2bn) in the third quarter between July and September, an increase of 28 per cent from Won12.3tn the year before. But analysts warn that demand may be heading for a downcycle. Earnings are expected to drop in the next quarter as workers head back to the office and “online” is swapped for “in-person”.

2. Won’t somebody think of the children?

An investigation by children’s digital rights charity 5Rights found that dozens of tech companies such as TikTok, Snap, Twitter and Instagram allegedly use “tricks and nudges” to encourage children to share their locations and receive personalised advertising, as well as displaying harmful material including on eating disorders, self-harm and suicide.

3. Google and YouTube turn up the heat on climate change deniers

Google and YouTube have announced a new policy that prohibits climate change deniers from collecting ad revenue or creator payments on content that contradicts the “well-established scientific consensus”. This is one of the most overt measures a tech company has taken to tackle climate misinformation.

4. Musk off to Texas

Tesla’s chief executive Elon Musk announced in a shareholders meeting on Thursday that the company is moving its headquarters to Austin, Texas, citing high living costs and limits on the potential to scale up in the Bay Area. His comments prompted criticism due to Tesla receiving billions of dollars of subsidies from the Golden State.

HMD Global, which owns Nokia phones, introduced a new Nokia tablet this week. The company is seeking to take advantage of the boom in tablet use that began during the pandemic as people used the devices to stream content and make calls.

The T20 features a 10.4 inch 2K screen and a 5MP front camera with an 8MP one including flash on the rear. There are stereo speakers and a fast-charging battery that can last for 10 hours of movie-watching. The Android tablet is available next week, starting at £180 for a model with 64GB of storage.