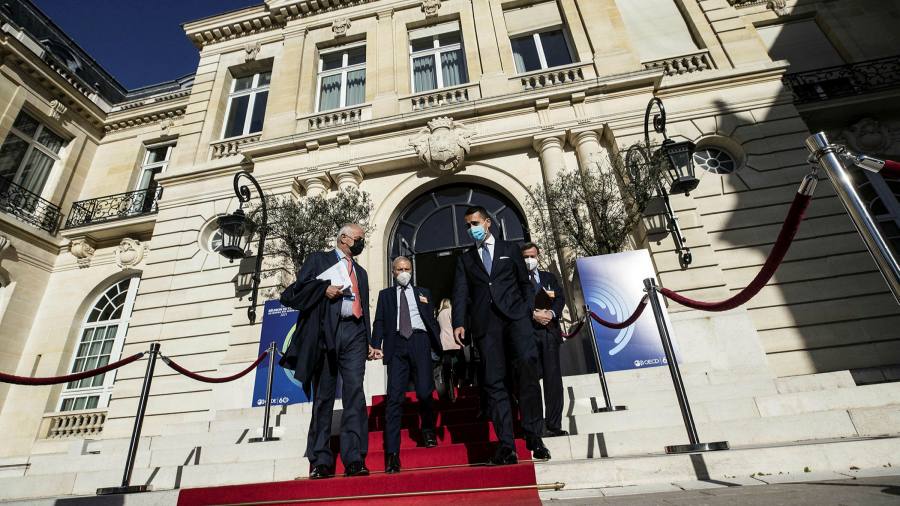 The world’s leading economies have agreed to a two-year moratorium on imposing new taxes on tech giants such as Google and Amazon, giving the administration of US President Joe Biden time to ratify a groundbreaking global deal on corporate taxes that was signed at the OECD late on Friday.

The historic deal, agreed among 136 countries in Paris, includes a 15 per cent global minimum effective corporate tax rate that is aimed at eliminating tax havens, plus new rules to force the world’s largest multinationals to declare profits and pay more tax in the countries where they do business.

The OECD estimates the deal will enable countries to collect $150bn more a year from multinationals, and limit the potential for cross-border tax avoidance in what is seen as the biggest corporate tax reform for more than a century.

The deal was signed with only four holdout countries — Sri Lanka, Pakistan, Nigeria and Kenya. However, difficulties in implementing the agreement became apparent when Janet Yellen, US Treasury secretary, urged Congress to implement the deal.

She said the agreement was a “once-in-a-generation accomplishment for economic diplomacy” and called for the US Congress to “swiftly” enact the proposals by using the so-called reconciliation process, which allows bills to pass the Senate with a simple majority.

The stakes remain high for the US and those countries such as India that have levied digital services taxes on Silicon Valley giants such as Apple and Facebook. If Congress fails to implement the deal, those countries may go ahead with their digital taxes, sparking trade disputes with the US.

However, the deal gives the US space to ratify the agreement, specifying that “no newly enacted digital services taxes or other relevant similar measures will be imposed on any company from 8 October 2021” for two years.

The number of countries prepared to sign up fluctuated on Friday, according to those close to the negotiations, with India agreeing only at the last moment, and China and Brazil also reluctant signatories.

The agreement is a triumph for the OECD, which has sought to curb corporate tax avoidance over many years of complex negotiations. Mathias Cormann, its secretary-general, said the deal would make the international corporate tax system “fairer and work better”.

Still, he acknowledged the difficulties in getting the agreement put into law, and urged countries to “work swiftly and diligently to ensure the effective implementation of this major reform”.

The deal finalised the details on sharing the profits of the largest multinationals so they paid more tax where they do business. Companies with turnover exceeding €20bn will be required to allocate 25 per cent of their profits in excess of a 10 per cent margin to the countries where they operate, based on their sales. The 10 per cent profitability margin will be calculated using an averaging mechanism, based on profit before tax.

Developing countries have complained about the lack of revenue they stand to make from Pillar One of the deal on fairer distribution of profits and taxing rights. They point out that this is especially so once the required removal of digital service taxes is included, which was a deal breaker for Nigeria and Kenya despite OECD estimates showing they would gain.

Other areas of the deal contained concessions enabling all G20 and all EU countries to sign up to the minimum 15 per cent corporate tax rate, Pillar Two of the deal.

Ireland succeeded in its demand for the tax to have a maximum of 15 per cent, instead of the original wording of the deal which said “at least 15 per cent” and in contrast to the original 21 per cent first mooted by the Biden administration.

Hungary secured a longer transition period for the “substance-based carve-out”, allowing it to offer a low rate of tax for tangible investments in its jurisdiction, such as car plants, for 10 years.

China also succeeded in having a clause inserted that will limit the effect of the global minimum tax on companies who are starting to expand internationally — because of concerns that its growing domestic companies would be clipped by the measures.