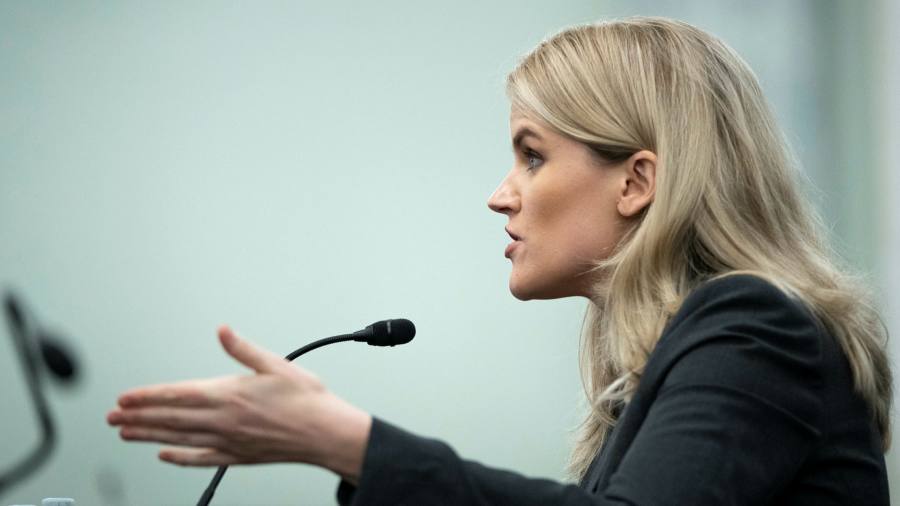 How do you blow the whistle on one of the world’s most powerful companies and not become a casualty in the recriminations that follow?

For Frances Haugen, the former Facebook product manager who has single-handedly precipitated a crisis at her former employer, preparations began long before she took the stand in a US Senate hearing this week.

People working on her behalf canvassed potential supporters weeks ago. Before going public, she worked with the Wall Street Journal to package documents she brought with her from Facebook into a series of stories. The theme: the damage caused by the social media company’s perceived willingness to put profits before the wellbeing of its users.

And she was represented, behind the scenes, by a public relations expert, helping to present herself in the strongest light, including through a slickly produced personal website.

If whistleblowing has become one of the last bastions for the individual standing up against over-powerful corporations, then Haugen has just elevated it to a higher plane.

“It’s incredibly smart she came out with a public website and talking points,” said Ashley Gjovik, an Apple worker who blew the whistle on her own employer and knows the extreme pressures that taking a lone stand can bring. But the slickness was a risk, Gjovik added. “I wondered whether people would question her motivation, say she was seeking attention.”

Haugen’s journey into the limelight reads like a morality tale for today’s tech industry. A foot soldier in Silicon Valley’s tech ranks, she ended up on the front line of one of the industry’s most contentious battles: Facebook’s attempt to prevent hatred and misinformation swamping its network.

According to her website, she “grew up attending the Iowa caucuses with her parents, instilling a strong sense of pride in democracy and responsibility for civic participation”. When she lost faith in her employer, taking a stand became a moral imperative.

Haugen, who is 37, arrived in Silicon Valley in 2006, a rare female software engineer with a fast-expanding résumé that included stints at Google, Yelp and Pinterest. A break to study for an MBA at Harvard Business School marked her out as future senior management material.

It was after she started work at Facebook, in 2018, that Haugen’s journey took a new and life-changing direction. Joining the company’s civic integrity team, she began to doubt her employer’s commitment to cleaning up its network. It was after Facebook disbanded the group following last year’s US election that she decided the time had come to act.

It all culminated in last week’s well-planned media blitz, which included unveiling her identity on the 60 Minutes TV show and a batch of complaints to the Securities and Exchange Commission accusing Facebook of misleading its investors.

People who know her say the composed demeanour and incisive presentation on TV and before the Senate were not manufactured for the occasion. Joshua Goldbard, a crypto entrepreneur who said he met Haugen through an artistic community in San Francisco, described her as “thoughtful” and “a giver”. Another person who knows her says she is very deliberate, purpose-driven and analytical.

The preparation has not insulated Haugen from the blowback that comes from choosing such an exposed position. That is all the more severe when it comes to women standing up to powerful companies, says Gjovik. “Nobody accused [NSA whistleblower Edward] Snowden of being hysterical, or [having] mental illness.” 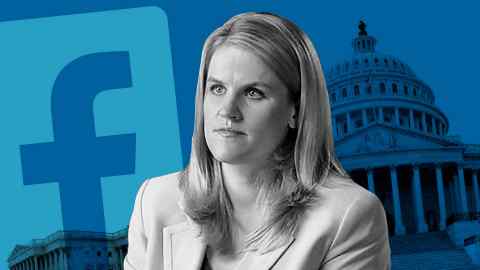 One reaction was the inevitable put-down from her former employer. Facebook accused her of being a mid-level worker who had not participated in the critical decisions outlined in documents she took from the company, and therefore in no position to comment on them.

“A lot of the things she disclosed were within the scope of her work,” retorted John Tye, the lawyer who founded the organisation Whistleblower Aid and who represents her. But he and others say her biggest impact as a witness has come not from her direct involvement in Facebook’s decision-making, but her deep technical understanding and an ability to link that to the wider social impact of Facebook’s product decisions.

“Her background as a designer of algorithms gives a real credibility to some of the arguments she made,” said Roger McNamee, a veteran Silicon Valley investor and anti-Facebook activist.

Haugen’s travails may only just be beginning. Facebook executives have stopped short of saying the company won’t retaliate or take legal action against her, and one executive suggested on television that her actions might have been criminal.

Haugen’s careful preparations before going public may help to limit the legal jeopardy. Tye said he advised her to lodge a formal complaint with the SEC, since that would put her under that agency’s whistleblower protections.

It could also bring a substantial windfall. Whistleblowers who trigger investigations that led to financial penalties from the SEC receive between 10 and 30 per cent of the proceeds. “I definitely told her about [the money] — but that wasn’t part of her motivation,” said Tye. Without an income since leaving Facebook in May, she had been living off money made from her earlier jobs, he added.

“I think if I were to try to guess at her motivation it’s simply that she wants to see humanity thrive,” added Goldbard. “She was an early employee at lots of tech companies, she’s not doing this for fame or fortune. She’s doing this because it’s the right thing to do. She couldn’t let another day go by without saying something.”

For now, the media and political backlash against Facebook triggered by Haugen’s revelations may limit any retaliation. “The best protection she has is visibility,” said McNamee.

So it’s on to the next stops in the roadshow: an appearance before the UK parliament is planned for late October, and a slot at Web Summit, Europe’s biggest internet event, in November. A French minister and representatives from the European Commission had also called, said Tye.

Whatever the political fallout for Facebook, the Haugen show has much longer to run.