Mi is no more – the names of Xiaomi’s high-end phones will now be one syllable shorter thanks to the company’s recent rebranding strategy. We already reviewed the top-of-the-line Xiaomi 11T Pro a while back, and today it’s the 11T that we have for you.

A close relative to the Pro, the Xiaomi 11T swaps out the Snapdragon 888 chipset for Mediatek’s high-end Dimensity 1200, downgrades the charging capability from 120W to just 67W, and misses out on the Harman/Kardon special sauce for the (still present) stereo speakers and the Dolby Digital certification for the display.

The display is otherwise the same 6.67-inch AMOLED that can show a billion colors, has a 120Hz refresh rate and can go as bright as 1000nits in HDR10+ content. The camera system remains unchanged as well – it’s headlined by a 108MP unit, joined by a modest 8MP ultrawide and one of few actually useful dedicated macros in the industry.

The same 5,000mAh battery will take a bit longer to top up on the 11T than on the 11T Pro at about half the maximum power, but this phone may turn out to be more frugal, we’ll see about that. 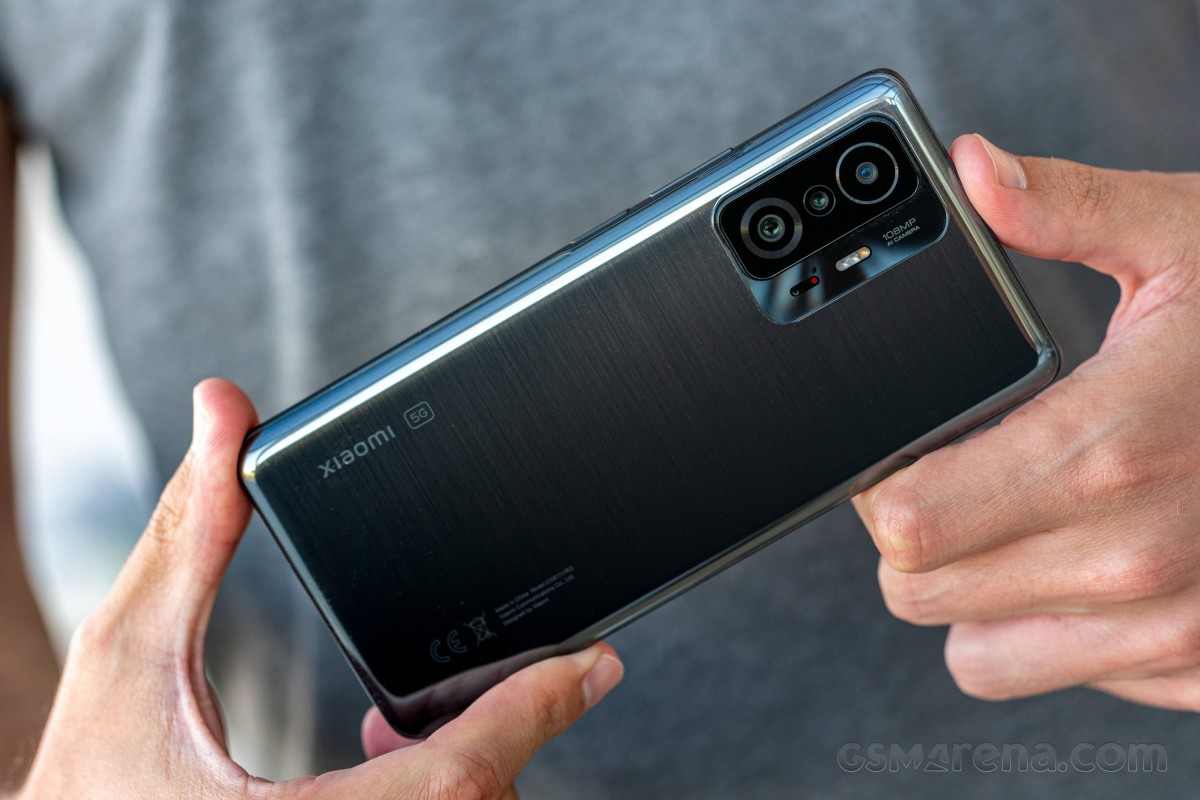 The non-Pro is also packaged in what is essentially the same body. That means the latest Gorilla Glass Victus to protect that AMOLED goodness and an IP53-rated splash resistance – a spec that actually stands out more on this more affordable phone than on its pricier stablemate.

Xiaomi 11T specs at a glance:

The 11T ships in the usual white cardboard box characteristic of Xiaomi, with a large ’11’ front and center and the full name in smaller print in the lower portion and on the sides. 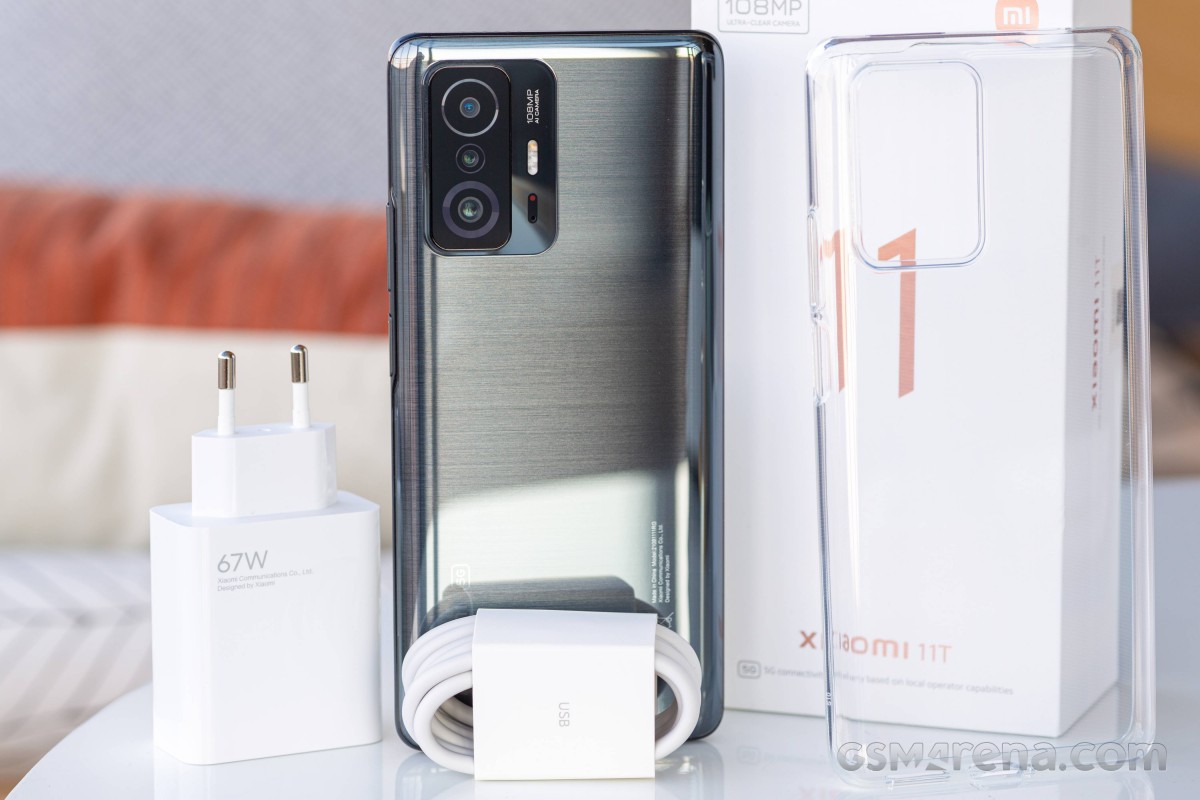 A sleeve on top of the phone holds a transparent silicone protective case, while a 67W charger and a USB-A-to-C cable can be found under the handset. It’s not the richest bundle, but the basics are covered.