It’s been some time since we last reviewed wired audio on the site. Smartphones have pretty much taken over as the primary source of music for most people and smartphone manufacturers took this opportunity to kill the wired audio market so they could sell overpriced, mediocre wireless garbage to consumers.

As such, one might assume that the wired audio market must now be dying. However, there has never been a better time to buy wired audio. The past several years have seen a massive bump in Chinese manufacturers getting in the audio space, bringing down prices and pushing innovation even to the lowest echelons of the price range. Affectionately called Chi-Fi, these products have enabled people to experience quality audio without breaking the bank. 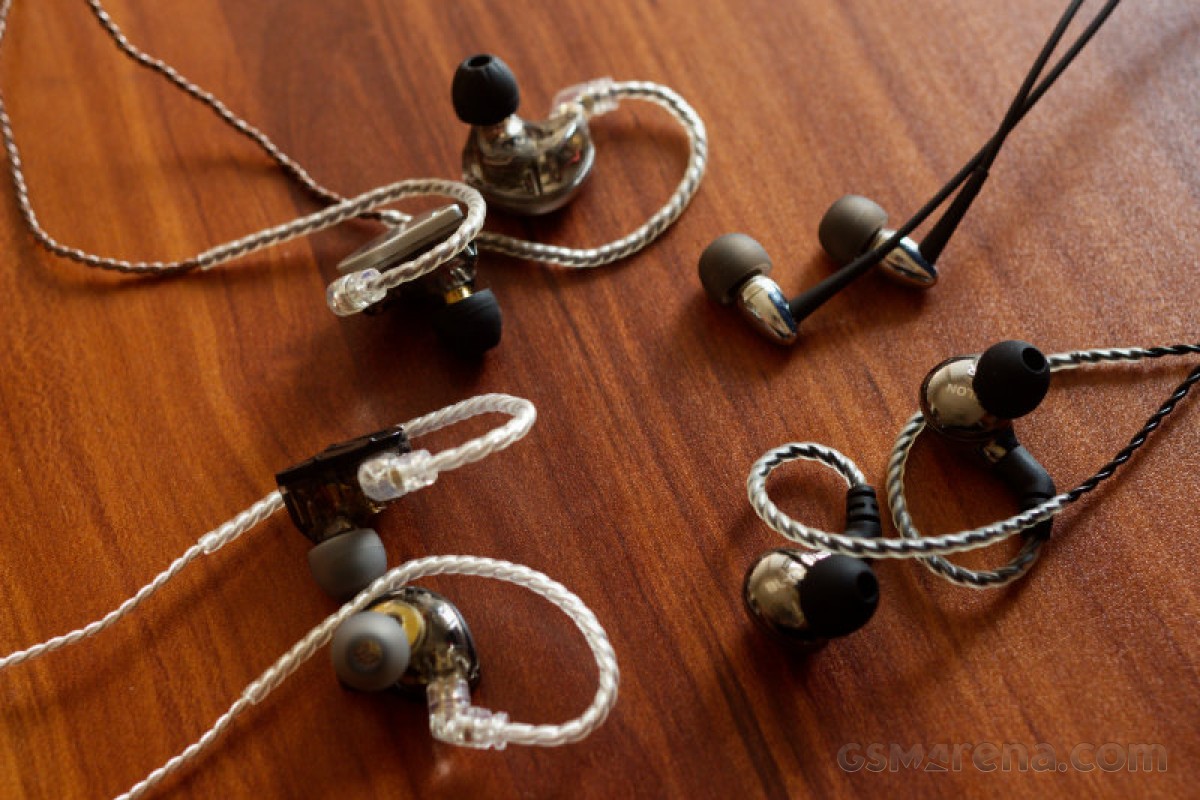 Today, I will be taking a look at a few of the entry-level options in the wired audio segment. All of these are priced under $30 and somehow still sound better than most $300 wireless earbuds.

To test these, I had the help of two useful doodads. One is the Shanling UA1 USB DAC/amp. This tiny little thing is perfect for use with a smartphone as long as it has a USB-C port. The other device is the Astell & Kern AK XB10, a wireless adapter to use your wired earbuds with any Bluetooth source.

With that settled, let’s get on with our test subjects.

The ZSN Pro X are chunky and well-built with a zinc alloy cover. But despite their size, they still fit very well and are extremely comfortable while also being relatively lightweight. 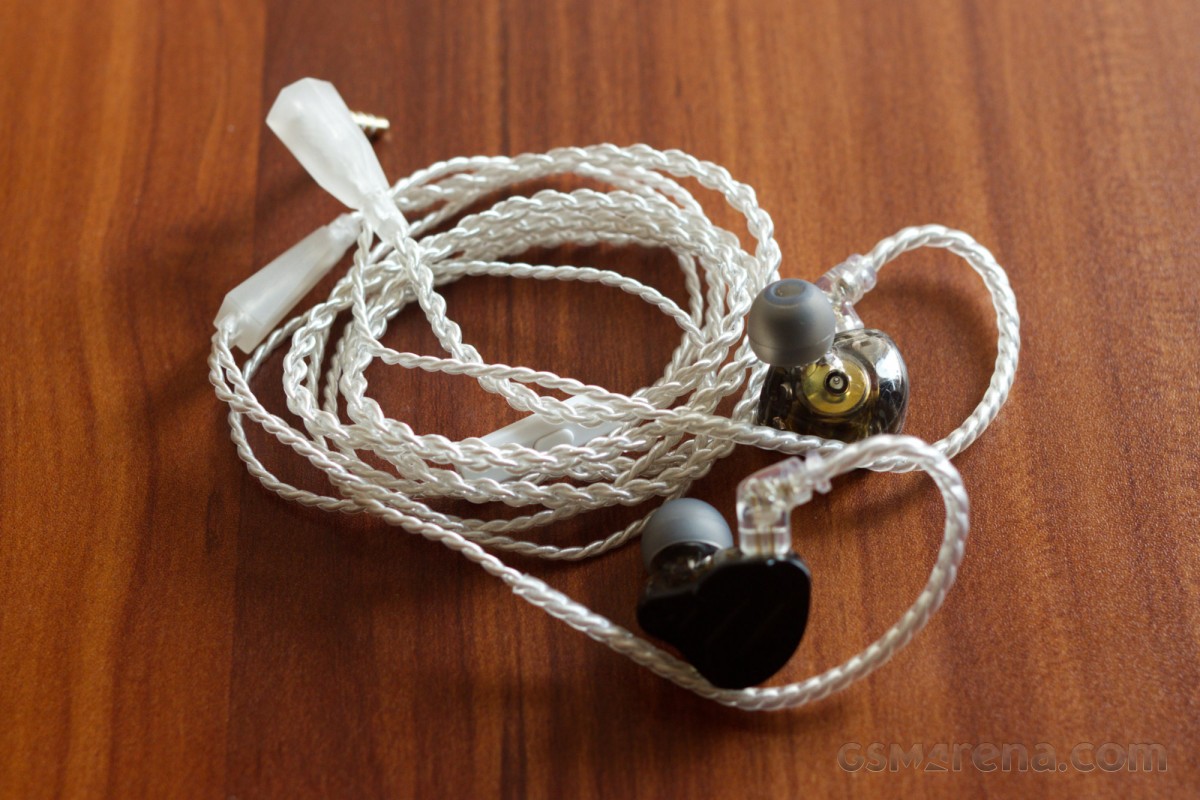 The provided cable has an odd texture, sort of like drawstrings for blinds. It’s still a good cable though as it basically doesn’t tangle or retain bends at all and also has very low microphonics.

The ZSN Pro X uses a hybrid driver design with a single 10mm dynamic and one balanced armature per ear. The sound is bright and punchy with a v-shaped signature. Upper mids and treble can be bright and a bit metallic but it never gets harsh or sibilant. Bass has good heft and impact without being boomy. The mids are slightly recessed but still come through quite well. 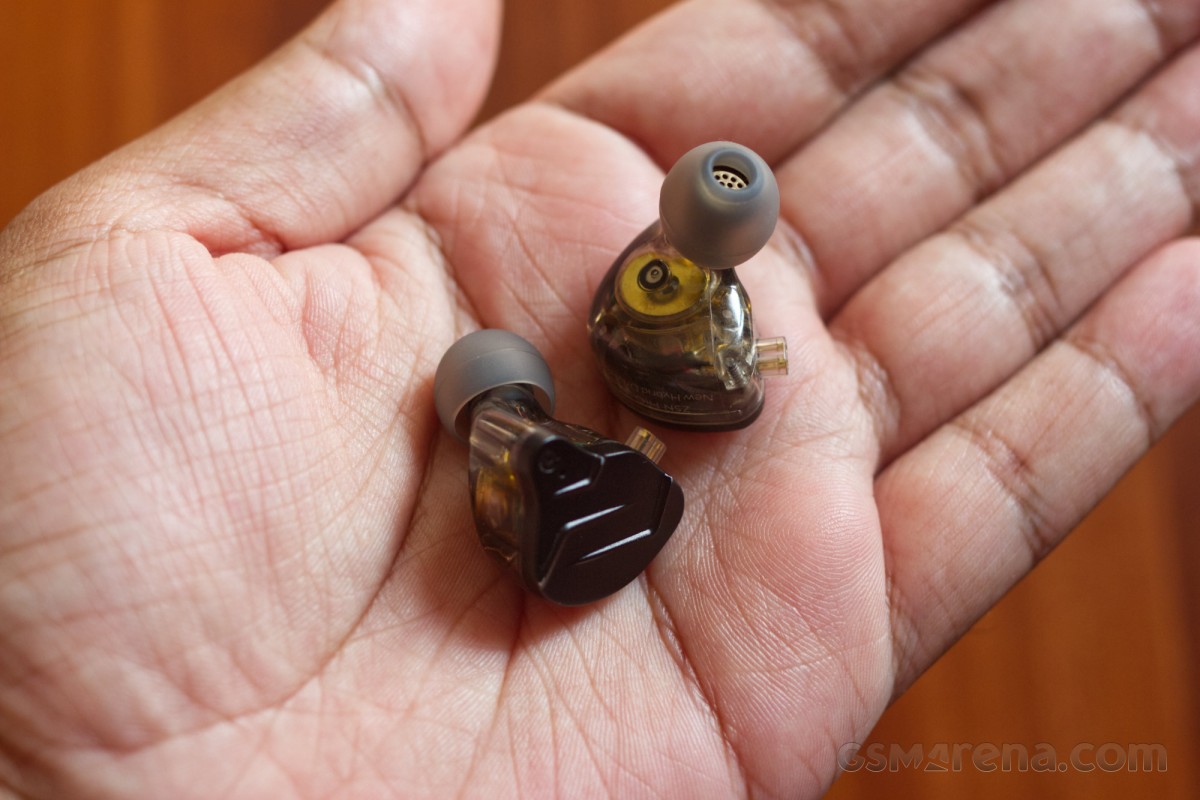 One minor annoyance with the ZSN Pro X is that they are exceptionally sensitive. This means you don’t have a lot of usable volume range even with built-in audio of most phones and certainly not on a dedicated amp. Moreover, they can be extremely revealing of background noise; the Astell & Kern AK XB10 and the output of my Sony DualShock 4 and Microsoft Xbox Wireless Controller have little to no discernible background noise but with the ZSN Pro X the noise is extremely audible, to the point of being a huge distraction. Unless you have a super clean source, like the Shanling UA1 fortunately is, then you’re going to have a hard time with these.

The BL-03 are exceptionally well-built considering their price, with a solid metal construction and a magical glossy finish that somehow shows no fingerprints. They are also extremely comfortable. 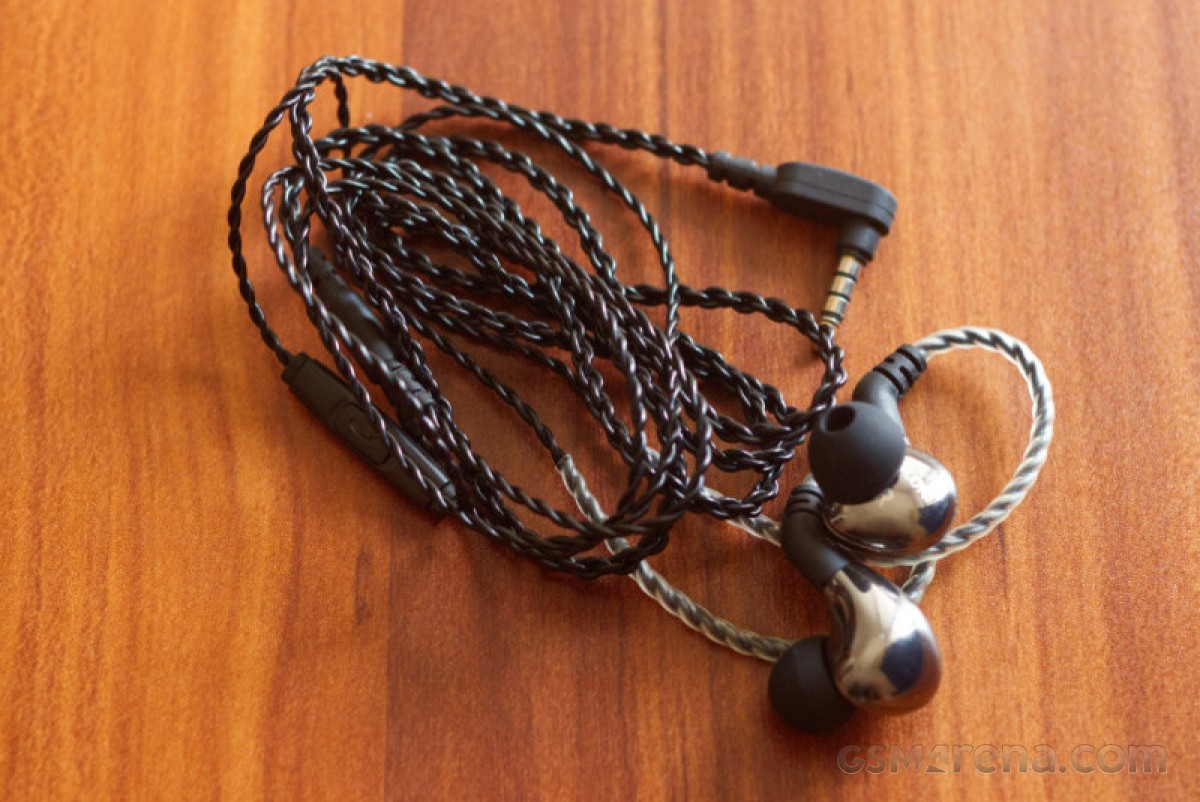 The bundled cable isn’t very good. It tends to get tangled quite easily and is a pain to separate every time.

The BL-03 became an internet celebrity for their audio quality and it’s easy to see why. The tonality is predictable and safe but undeniably pleasant. It’s quite bass-forward, with a thick, rambunctious low-end that dominates the sound. The mid-range is surprisingly good, however, with good presence and energy without getting dominated by the bass. The treble response is mellow and smooth but feels a bit lacking, especially in the lower treble ranges. 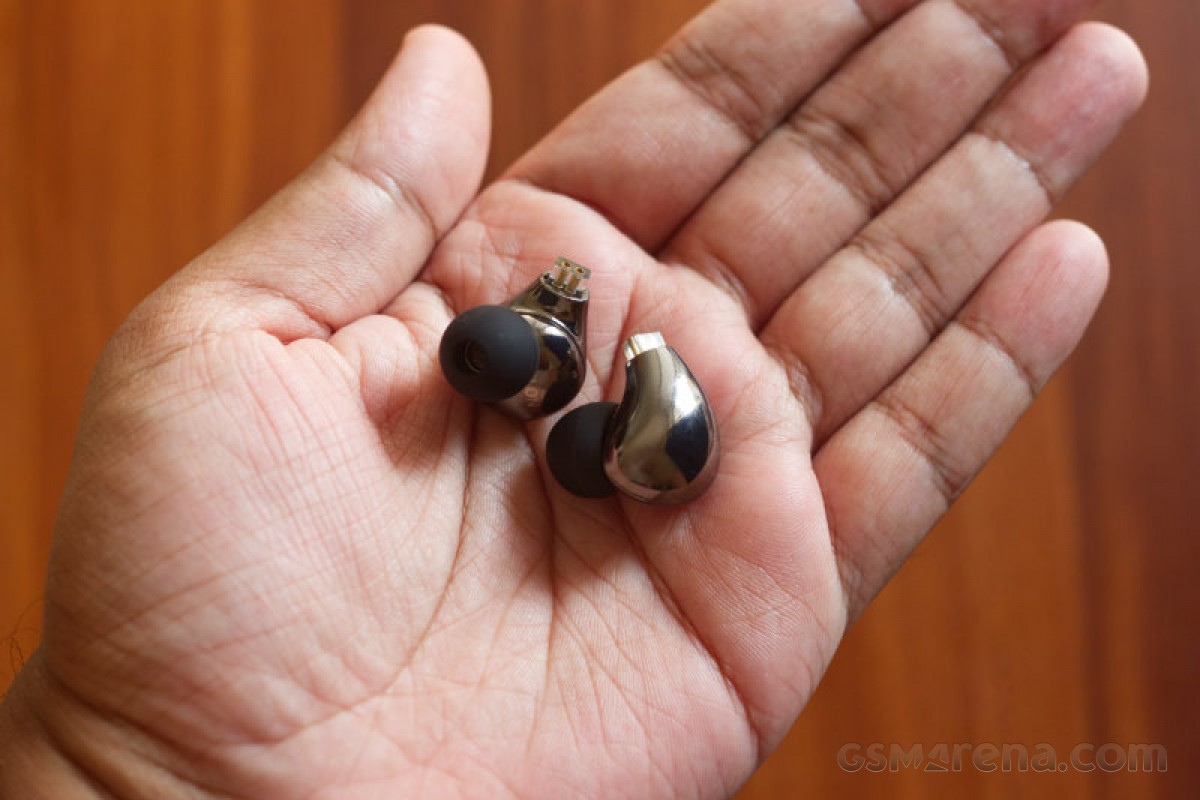 In terms of detail, the BL-03 aren’t very good. The sound is very soft, unfocused, and lacking in resolution. It’s like the entire sound has been smothered in vaseline. You get the general gist of it but none of the intricacies. Imaging is decent and the soundstage is reasonably wide.

The BL-03 are also quite sensitive but not to the point where you would start hearing background noise on most amps.

The CCA CA4 have a pretty large housing with a zinc alloy cover but still manage to fit well in my ears. Unfortunately, they aren’t very comfortable; the earbuds create a very strong suction that is a bit painful every time you insert or remove them and also put more strain on my ears while being worn compared to other earbuds. 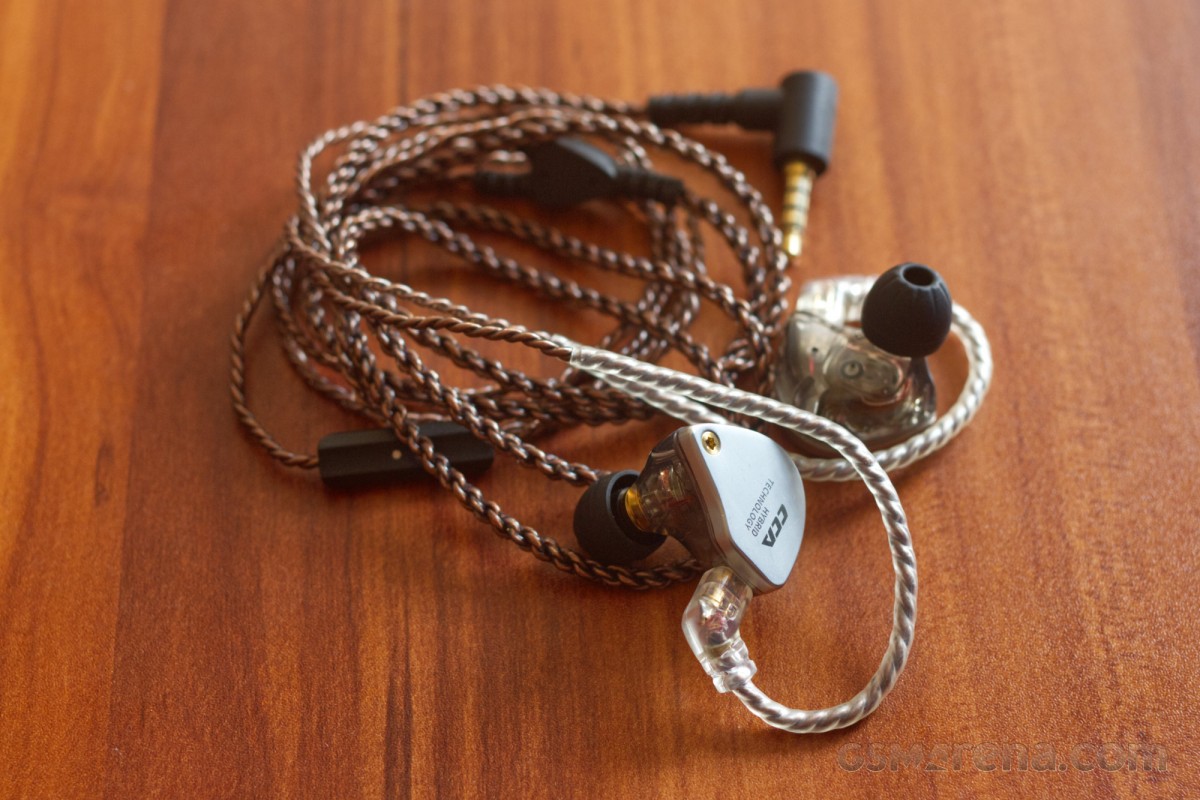 The cable is mediocre. It tends to tangle quite easily and also retains kinks once straightened out.

The CA4 are very bright. There is a lot of upper mid/lower treble energy, which makes the sound bright and airy but also quite shouty. Kanye’s vocals in ‘Jail’, for example, will tear through your eardrums. Also, the sound has the distinctive balanced armature metallic timbre, which is particularly pronounced and unpleasant on the CA4. The bass is boosted to the same degree as the ZSN Pro X but not quite to the same extent as the BL-03. Mids are fairly recessed giving a distinct v-shaped sound. 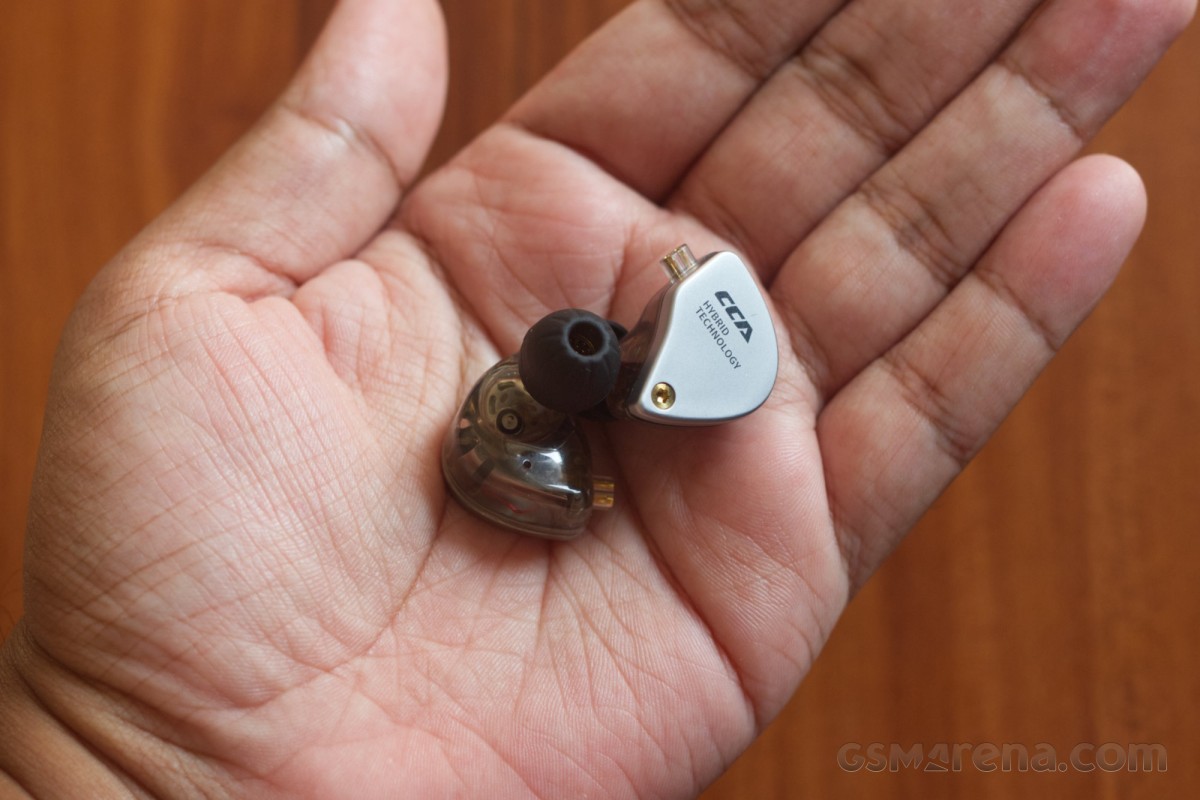 The aggressively bright sound gives the illusion of high detail or resolution but these aren’t particularly detailed or resolving. Imaging and soundstage are also mediocre.

The ZST X are probably the second cheapest model in the KZ lineup and as such feature no fancy metal construction. The all-plastic shell comes in bright pink or green colors and is very lightweight but also very plasticky. They are still reasonably well-made, however. 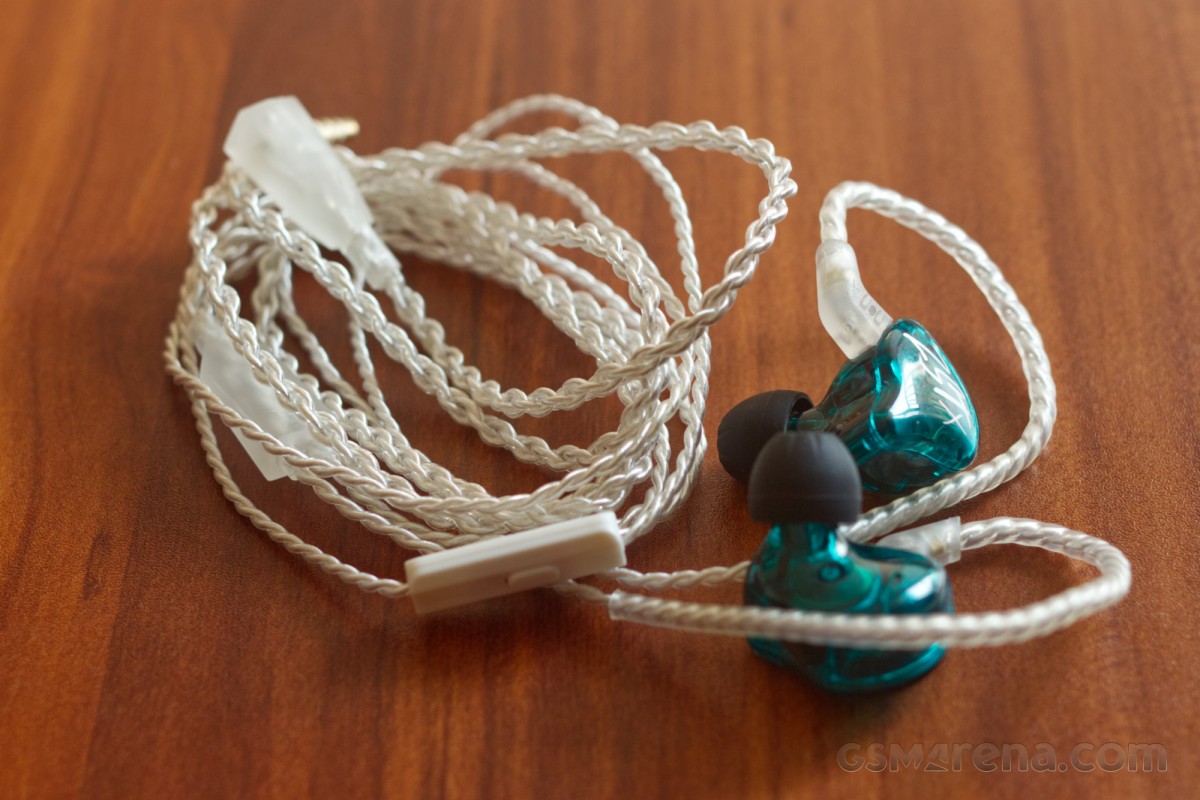 The cable is identical to the ZSN Pro X, which means it’s mostly very good.

The audio quality isn’t great. They have the same hybrid driver design as the ZSN Pro X and CA4 (CCA are basically rebranded KZ) and the sound is more or less identical to the CA4. It is exceptionally bright to the point of discomfort and has the same annoying metallic timbre. Bass is punchy but the mids are once again excessively recessed. 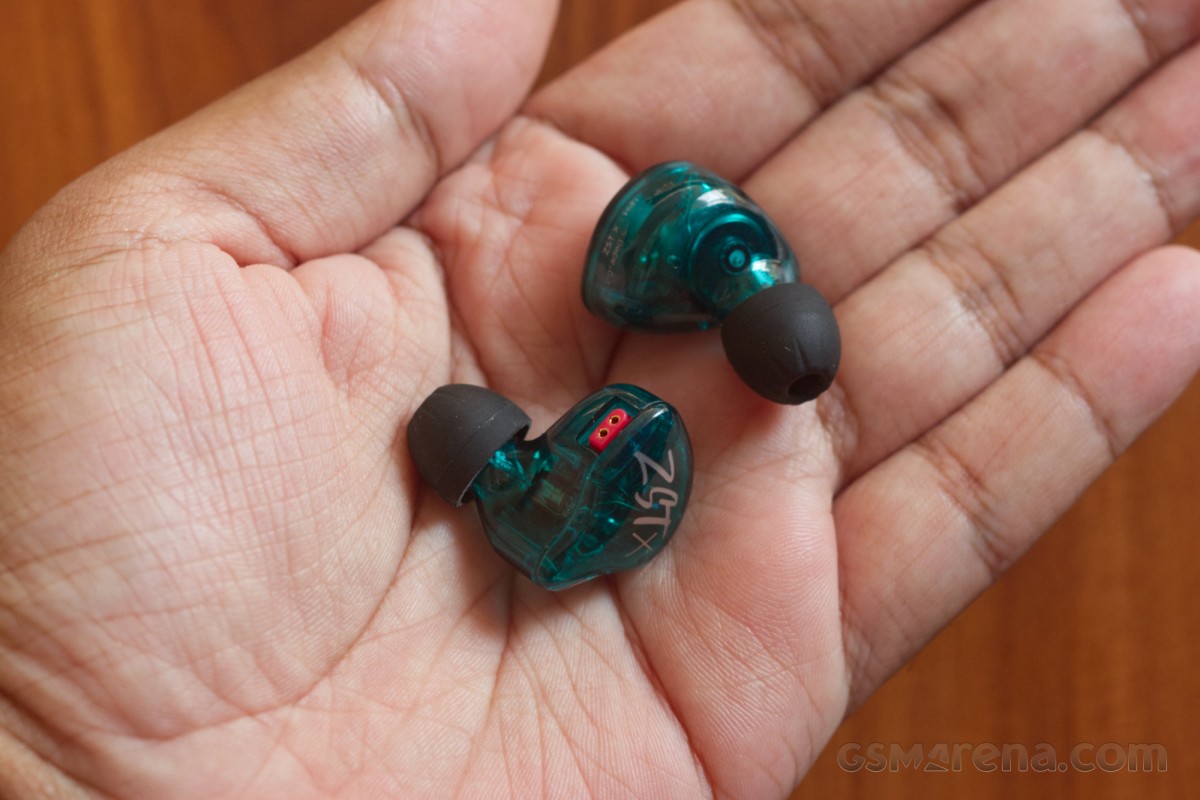 Overall, these are basically the CA4 but in a cheaper package.

The Spaceship is the most affordable model in the Moondrop lineup. The name comes from the shape of the earbuds, which is not just unique but also impossibly small. They are small enough to fit entirely inside your ear canal and the only thing stopping them from going in and getting lost is the cable. 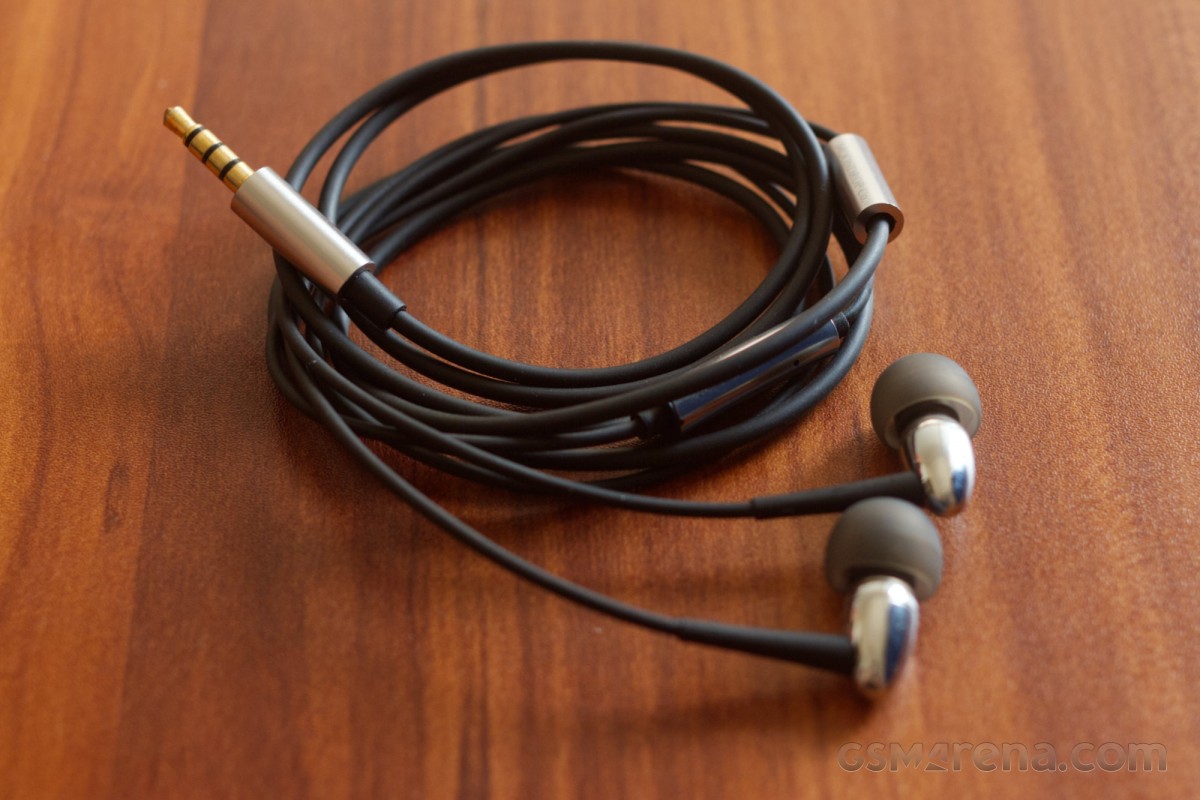 Speaking of the cable, this has to be one of the worst cables I’ve seen on any pair of earphones or headphones. It is thick, stiff, and heavy despite the dainty size of the earbuds. Most offensively, it has absolutely horrendous microphonics; any movement or contact with the cable is immediately transferred to your ears. You are constantly hearing the sounds of the cable, especially during the quiet parts of your music. 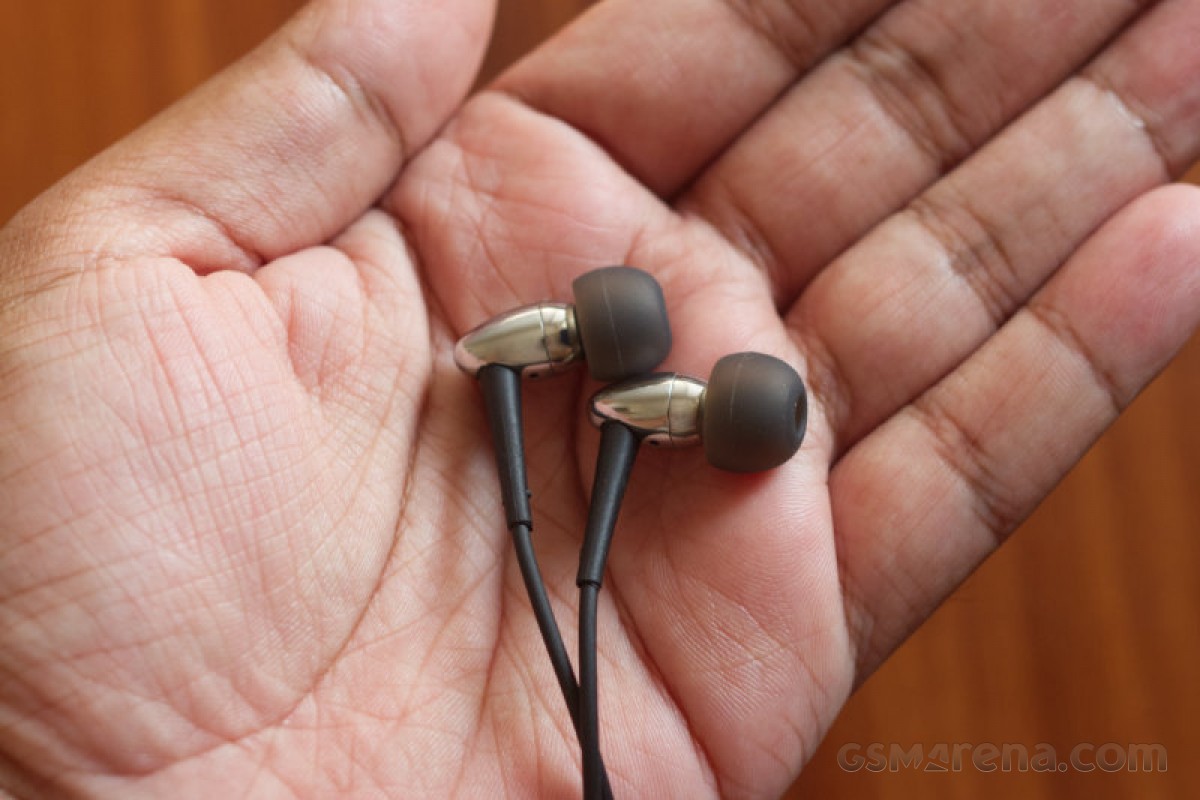 As if to make up for that abomination of a cable, the Spaceship do sound quite nice. Out of all the earbuds here, they have the most balanced sound signature. The bass response is quite taut and clean with just a hint of warmth. The mid-range isn’t shoved to the back of the mix but quite present and well-rendered.

The high-end is where the sound falters a bit. Like several other Moondrop models, the Spaceship have a boosted upper mids/lower treble range. This gives the sound a slight annoying twang. However, it is much more restrained compared to some of the other models in this comparison and generally isn’t too much of an issue.

The overall sound is very clean, refined, and bright. The level of detail in the sound is also quite good for an entry-level model and it does all this with just a single tiny 6mm driver. Imaging and soundstage are adequate.

The UA1 and AK XB10 both proved to be useful tools during this testing. The UA1 isn’t particularly powerful but is adequate for these sensitive, low-power IEMs. It supports high-resolution audio and is also very clean, even with the most sensitive IEMs. It’s a great device to have for use with your smartphone or laptop. 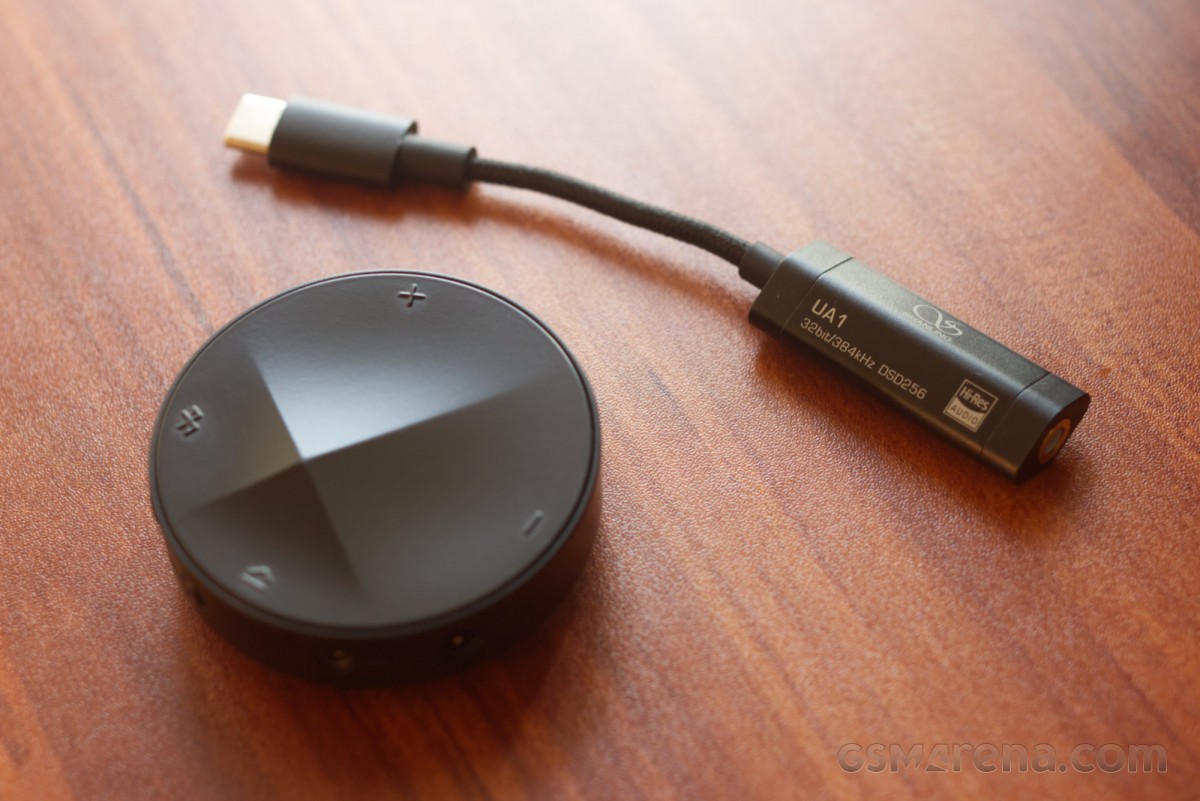 The XB10 is getting a bit long in the tooth now. It has a rather poor battery life and a surprisingly high noise floor that is super obvious on some of these IEMs. However, it is still a great sounding source for when you want a bit of that wireless freedom without parting with your wired earphones.

As I mentioned at the beginning of the comparison, almost all of the models tested here sound better than some of the best-sounding wireless earbuds. There is so much more detail and resolution you can get from wired audio, not to mention absolutely no latency.

Most of these models also had a microphone. I didn’t really bother testing them as at a cursory glance they all sounded fine. You could also get most of these without a microphone. Or you can also just swap out the cable, except on the Spaceship. 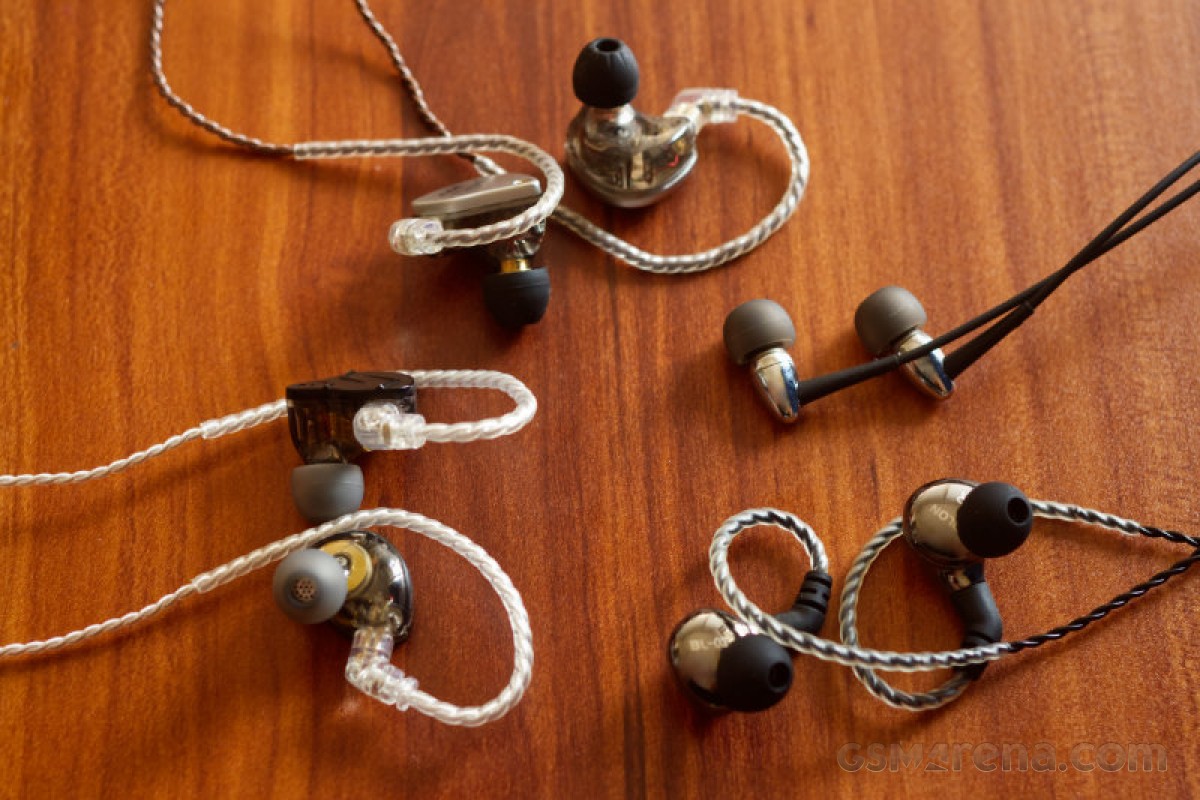 In terms of audio quality, some models performed better than others. The KZ ZST X and CCA CA4 were the least impressive of the bunch. They sound basically identical and neither is particularly great. While neither is technically bad, the tonality will likely not be to most people’s tastes as they are far too bright.

This leaves the Spaceship, BL-03, and the ZSN Pro X. I did enjoy the Spaceship sound a lot but the fixed cable was a deal-breaker for me. While it doesn’t make a ton of sense to change cables on these super low-end IEMs as a decent replacement cable often costs as much as the entire IEM, I feel like I would have probably still gotten a separate cable for Spaceship if it was possible. But it isn’t and the cable that is attached to them is appalling, so the Spaceship doesn’t win this round.

The BL-03 are very popular right now and I can kind of see why. The smooth, mellow sound with a hearty bass response can be quite fun. I can see these being my second pair of earbuds when I don’t particularly care about the intricacies of the music I’m listening to. They can be great to wear while out on a walk or working out. But they sound too soft and mushy to be my primary pair.

That leaves the KZ ZSN Pro X. These had one of the most balanced audio signatures here and while it did have some of the annoying metallic timbre characteristic of BA drivers and KZ products in general, it wasn’t as pronounced as on the other models. The rest of the frequency response was also quite pleasant and they are reasonably good at resolving detail. Overall, if I had to pick one of these for my personal use, the ZSN Pro X would be it.