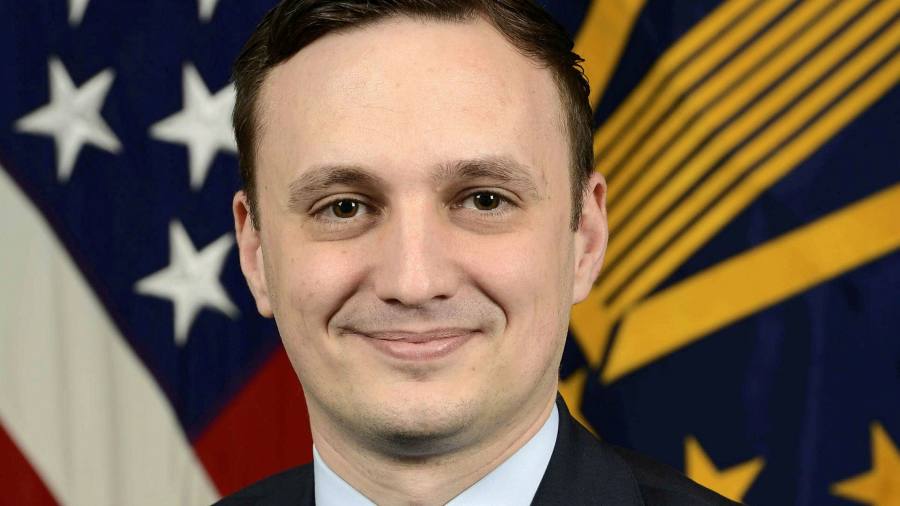 The Pentagon’s first chief software officer said he resigned in protest at the slow pace of technological transformation in the US military, and because he could not stand to watch China overtake America.

In his first interview since leaving the post at the Department of Defense a week ago, Nicolas Chaillan told the Financial Times that the failure of the US to respond to Chinese cyber and other threats was putting his children’s future at risk.

“We have no competing fighting chance against China in 15 to 20 years. Right now, it’s already a done deal; it is already over in my opinion,” he said, adding there was “good reason to be angry”.

Chaillan, 37, who spent three years on a Pentagon-wide effort to boost cyber security and as first chief software officer for the US Air Force, said Beijing is heading for global dominance because of its advances in artificial intelligence, machine learning and cyber capabilities.

He argued these emerging technologies were far more critical to America’s future than hardware such as big-budget fifth-generation fighter jets such as the F-35.

We have no competing fighting chance against China in 15 to 20 years. Right now, it’s already a done deal

“Whether it takes a war or not is kind of anecdotal,” he said, arguing China was set to dominate the future of the world, controlling everything from media narratives to geopolitics. He added US cyber defences in some government departments were at “kindergarten level”.

He also blamed the reluctance of Google to work with the US defence department on AI, and extensive debates over AI ethics for slowing the US down. By contrast, he said Chinese companies are obliged to work with Beijing, and were making “massive investment” into AI without regard to ethics.

Chaillan said he plans to testify to Congress about the Chinese cyber threat to US supremacy, including in classified briefings, over the coming weeks.

He acknowledged the US still outspends China by three times on defence, but said the extra cash was immaterial because US procurement costs were so high and spent in the wrong areas, while bureaucracy and overregulation stood in the way of much-needed change at the Pentagon.

Chaillan’s comments came after a congressionally-mandated US national security commission warned earlier this year that China could surpass the US as the world’s AI superpower within the next decade.

Senior defence officials have acknowledged they “must do better” to attract, train and retain young cyber talent, but have defended what they argue is their responsible approach to the adoption of AI.

Michael Groen, a Marine Corps lieutenant general and director of the defence department’s Joint Artificial Intelligence Center, told a conference last week he wanted to field AI across the military in an incremental way, saying its adoption would require a culture shift within the military.

His comments come after US secretary of defence Lloyd Austin said in July his department “urgently needs” to develop responsible artificial intelligence as a priority, adding a new $1.5bn investment would accelerate the Pentagon’s adoption of AI over the next five years and that 600 AI efforts were already under way.

But he committed that his department would not “cut corners on safety, security, or ethics”.

A spokesperson for the Department of the Air Force said Frank Kendall, secretary of the US Air Force, had discussed with Chaillan his recommendations for the Department’s future software development following his resignation and thanked him for his contributions. 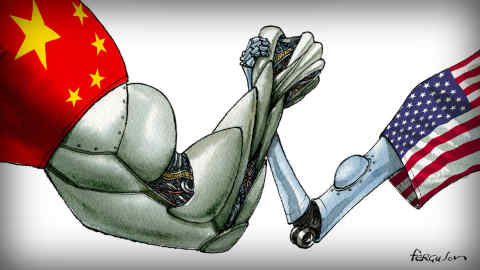 Chaillan announced his resignation in a blistering letter at the start of September, saying military officials were repeatedly put in charge of cyber initiatives for which they lacked experience, decrying Pentagon “laggards” and absence of funding.

“[W]e are setting up critical infrastructure to fail,” he said in his letter, which made only cursory reference to advances by China. “We would not put a pilot in the cockpit without extensive flight training; why would we expect someone with no IT experience to be close to successful? [ . . .]While we wasted time in bureaucracy, our adversaries moved further ahead.”

Robert Spalding, a retired Air Force brigadier general who served as defence attaché in Beijing, said Chaillan had “rightfully” complained and added he too had resigned early in order to create his own encrypted defence technology solutions after being frustrated by “archaic” systems while flying B-2 stealth bombers at work.

Chaillan, who naturalised as a US citizen in 2016 and led efforts to install “zero trust” cyber security measures at the Department of Homeland Security before joining the Pentagon, said he was a polarising force at the Department of Defense and that he alarmed some senior officials who thought he should keep his complaints “in the family”.

The serial technological entrepreneur, who started his first business at 15 in France, said he also began to feel stale because he spent his three-year stint “fixing basic cloud things and laptops” instead of innovating.