We have an Amazfit GTR 3 Pro smartwatch on our hands (literally). It was unveiled yesterday and you can find a pretty detailed breakdown of its features in the announcement article. Here we wanted to focus on what has changed since the GTR 2.

The GTR 3 Pro has roughly the same dimensions, it measures 46 x 46 x 10.7 mm and weighs 32g without the strap. While this is the premium offering, it is available only with an aluminum alloy case. The GTR 2 also had a stainless steel option. Both are water resistant to 5 ATM, however. 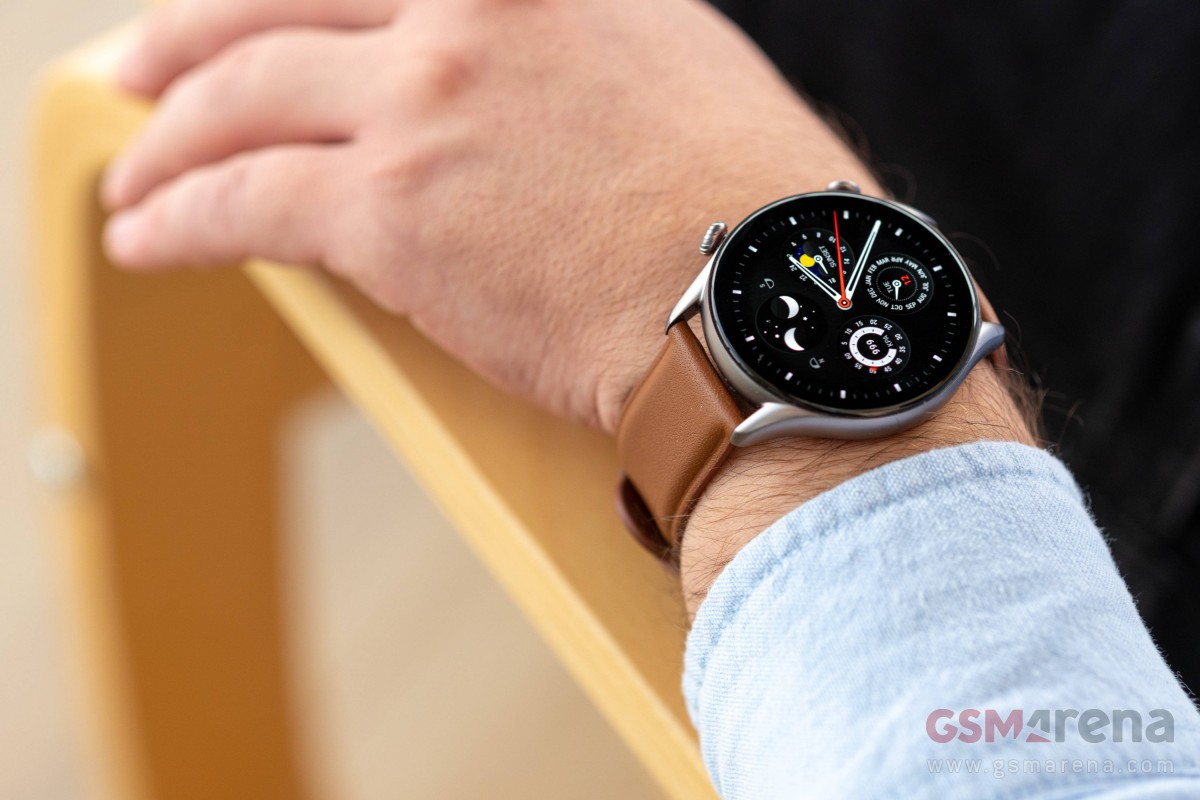 Amazfit managed to slim down the bezels a touch, so now the display has a 1.45” radius, instead of 1.39”. It’s a small difference, but more display and less physical bezel means you get more room to customize the look of the watch with one of the many custom watch faces.

The display is new too, it now has 480 x 480 px resolution and 331 ppi pixel density, making it a touch sharper than the 326 ppi display of last year’s model. Also, this new display has a peak brightness of 1,000 nits. Also, the refresh rate has been increased by 67% for smoother animations. 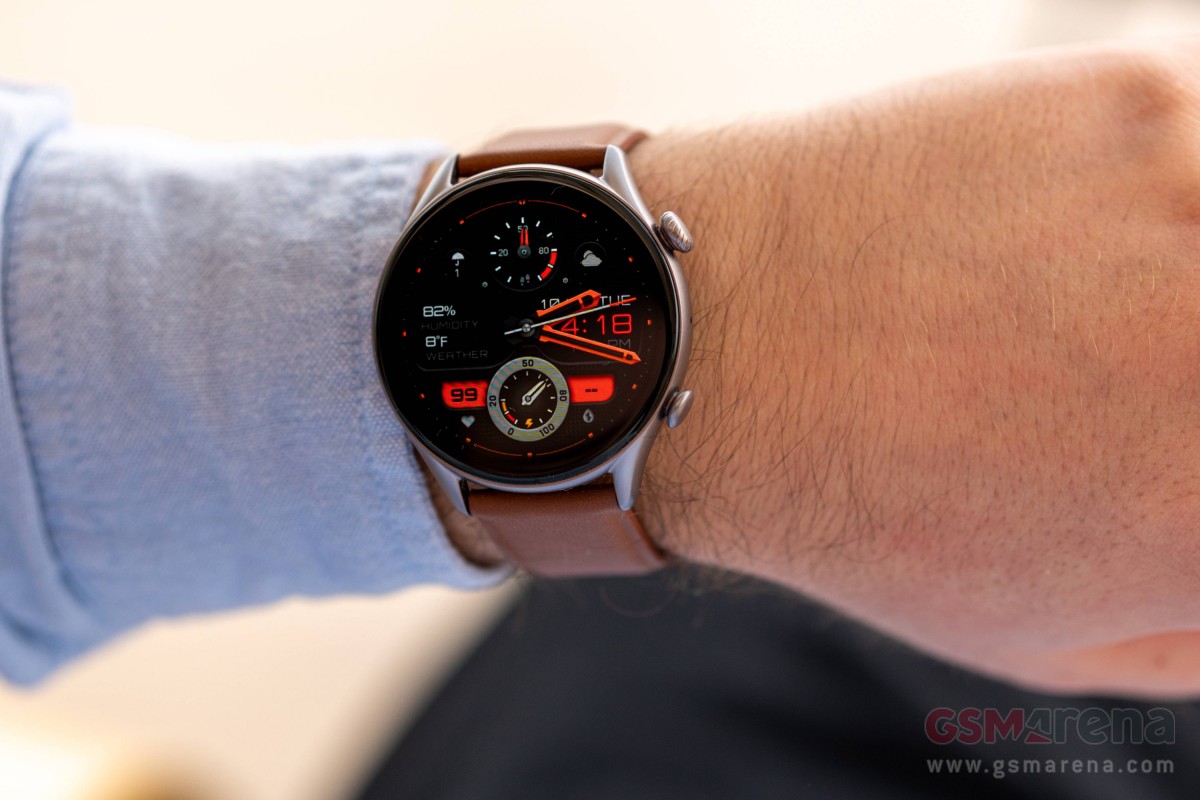 The crown is new as well – the top button can now be spun up or down to navigate the users interface or to scroll through a long email. A potentially bigger change is the software as the watch now runs Zepp OS, which has support for mini apps. We’re yet to see these apps and while we don’t expect them to match what is available on Wear OS, this is still a great way to extend the capabilities of the watch.

According to official numbers, the GTR 3 Pro can last up to 12 days of regular usage (6 days of heavy usage). This is on a 450 mAh battery. The GTR 2 battery was slightly larger (471 mAh) and with better endurance – it advertised 14 days of regular use. If you want good battery life, the vanilla GTR 3 promises up to 21 days on a charge.

But then it is less capable. This watch can track your heart rate and blood oxygen, it can also detect your breathing rate. The new BioTracker 3.0 biometric sensor can also work in the pool – yep, this watch can measure your heart rate while you swim. Outside the pool it only needs 15 seconds to measure your blood oxygen level, almost twice as fast as the GTR 2 (which used a previous generation sensor). 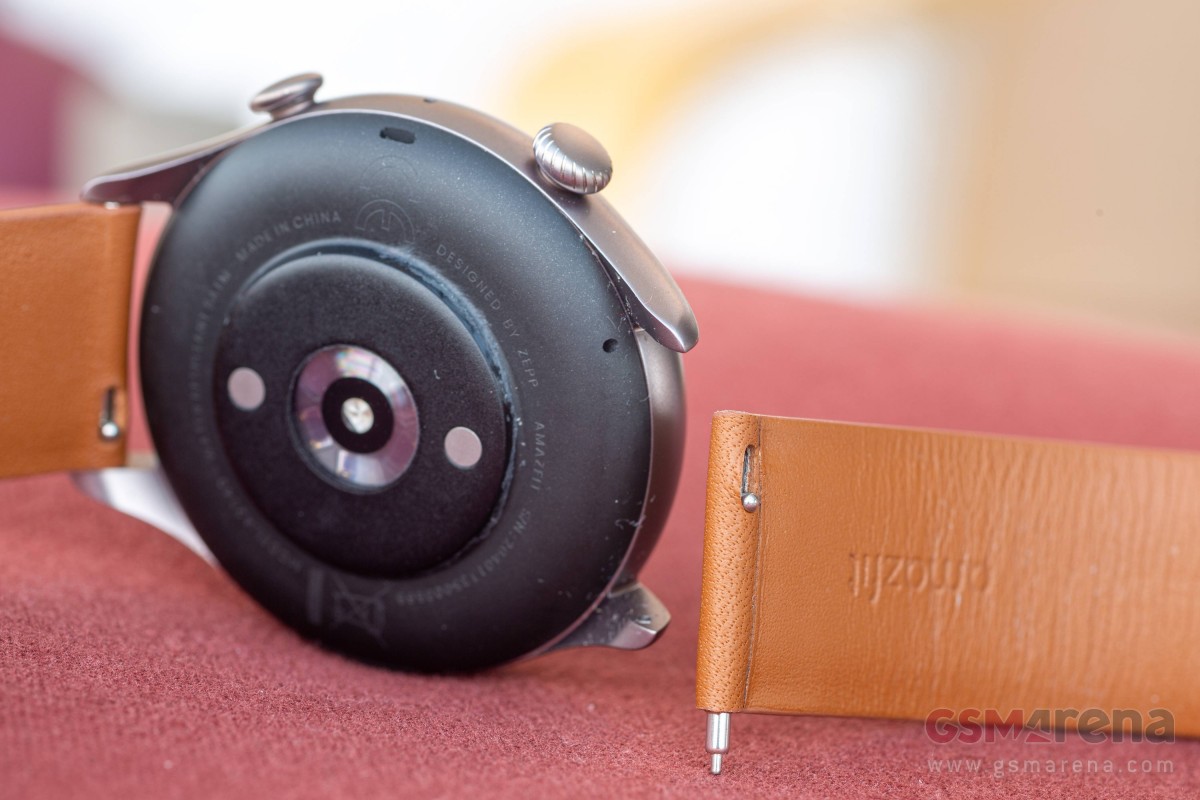 For outdoor exercise tracking, the Pro model can use GPS and GLONASS satellites for positioning as before, but also supports Galileo, BeiDou and QZSS. This speeds up the cold start time by 20% and improves accuracy by 40%.

The Bluetooth connection between the watch and the phone can be used to answer calls, thanks to the on-board microphone and speaker. The GTR 2 could do it as well, but this year this feature is exclusive to the Pro version.

The 3 Pro has 2.3 GB of built-in storage, which can be used to upload music to it. Or podcasts or audiobooks, whatever you want to listen to while you’re away from your phone. The GTR 2 had 3 GB of space, the extra room was probably taken up by the new software. Still, we should note that the GTR 3 non-Pro lacks the music playback capability. 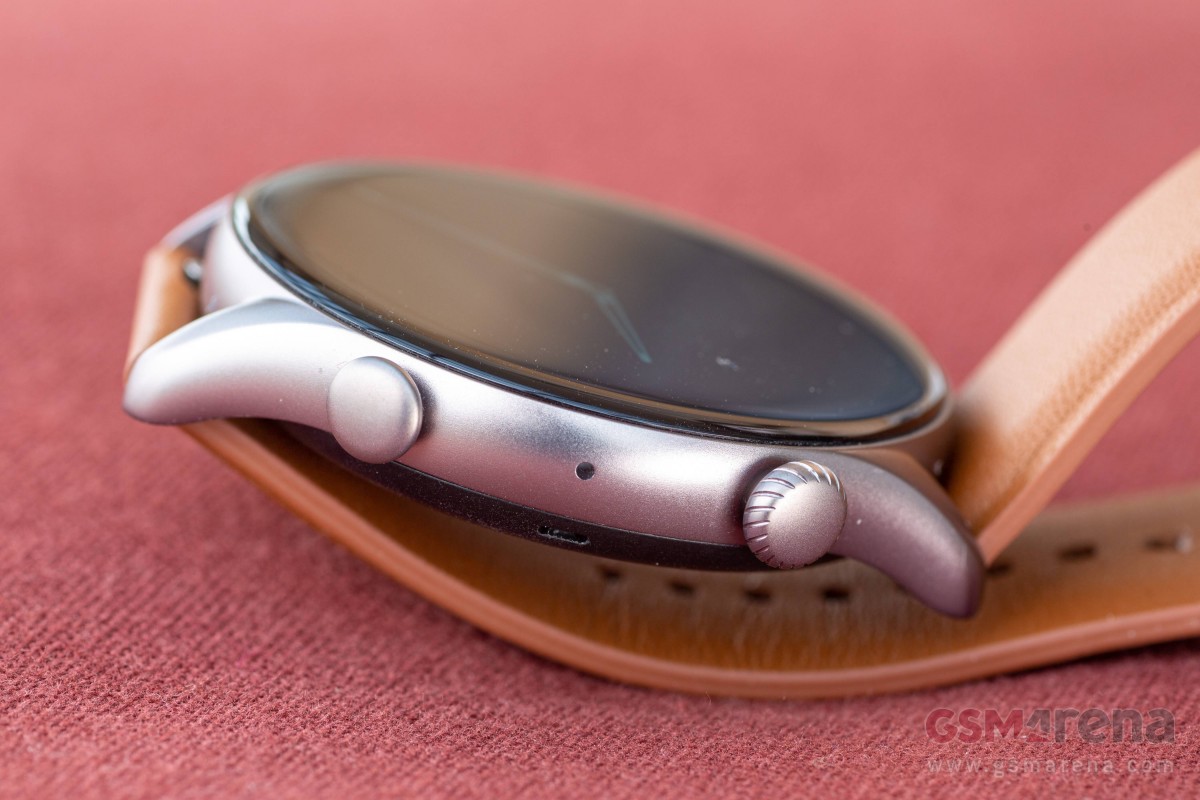 You still can’t answer texts from the watch or any other incoming messages, only read the notifications about them. It’s not clear if Zepp OS will feature instant messaging apps (we haven’t heard about anything so complex yet). We’d also love to see support for Mi Home smart gadgets. One of the first third-party apps on the watch will allow it to interact with the Home Connect ecosystem, but given the close relationship between Amazfit and Xiaomi we would have thought that Mi Home would come first.

There are a good number of improvements over Amazfit’s top round watch of 2020. However, this is balanced against a higher price tag as well. Is it worth it? Give us a few days to and we’ll report back with the full review.