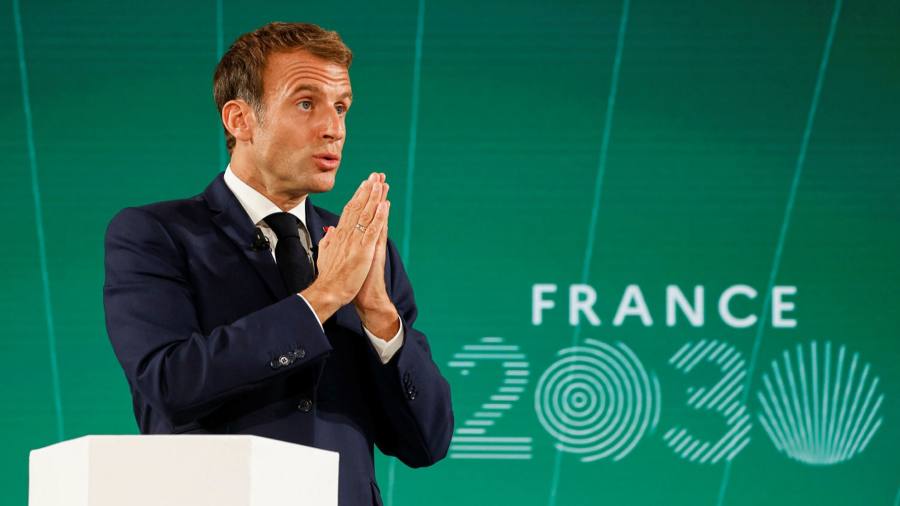 French president Emmanuel Macron has outlined a five-year, €30bn investment plan to boost the country’s high-tech industries and reduce dependence on imported raw materials and electronic components such as microchips.

Six months before a presidential election in which he is expected to seek a second term, Macron said the “France 2030” plan would direct government money to 10 targets, including the development of small “modular” nuclear reactors and of a “low-carbon” aircraft, green hydrogen production, the modernisation and decarbonisation of industry and the financing of start-ups.

“We need to reinvest in a strategy of growth,” Macron told a selected audience of 200 ministers, company bosses, politicians, scientists and students at the Elysée Palace. “If we don’t reindustrialise the country, we cannot again become a nation of innovation and research.”

Although France in recent years has accelerated the launch of new digital and tech businesses, the Covid-19 pandemic and the logistical delays that have bedevilled the global economic recovery have brutally exposed French and EU dependence on imports, especially for health products and microchips for the motor industry.

The idea of the plan, Macron said, was to strengthen the country’s autonomy “so that France and Europe can retake control of their destiny”.

Senior officials said the plan would require €4bn of capital from the state, and about €30bn in budgetary spending, starting with €3bn-€4bn in the next fiscal year from January 1. It comes on top of an €100bn post-pandemic recovery plan that is being partly financed by the EU.

Some opposition politicians immediately dismissed the move as electioneering ahead of next April’s presidential vote. “A few months before the end of his term, the outgoing president is committing taxpayers’ money to gild his election platform with promises to be taken on by his successor,” Marine Le Pen, far right leader of the Rassemblement National party said on Twitter. “It’s a matter of ‘Whatever it costs, I want to be re-elected’.”

Details of the plan and how the money will be allocated and monitored have yet to be fleshed out, but Cédric O, minister for the digital economy, said the “real revolution” of France 2030 was that it represented a “massive bet” on start-ups or “emerging actors”. He said: “We want to have Elon Musks in France.” 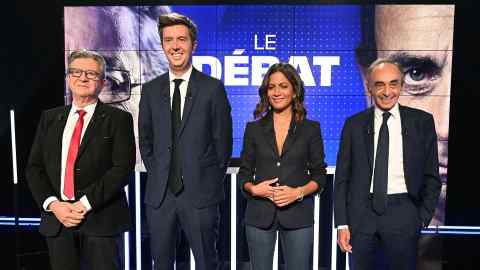 Macron used the example of Musk and his SpaceX rocket launch venture to explain how innovation globally was moving faster than expected and how successes were often a combination of private sector inventiveness and significant state funding or procurement. “This plan must start quickly . . . commando-style,” he said.

Asked about the vagueness of the plan, Philippe Martin, who chairs the independent Economic Analysis Board advising the government, said he understood critics’ misgivings but argued it would be undesirable to have a detailed investment programme “decided from above and all sewn up in advance without any tenders for the projects”.

Among the sums announced by Macron were €8bn for energy, including funding for two big hydrogen production plants and €1bn for “small modular reactors” for the nuclear industry; almost €6bn to double electronics production in France and reduce dependence on imported chips; €4bn for new forms of transport, with a target to produce 2m electric or hybrid vehicles in France annually by 2030; and €2bn for modernising farming.

He also announced plans to invest in health and medical innovations, with the aim of developing “at least 20 biomedicines against cancer, emerging diseases and chronic illnesses” by 2030, as well as in industrial training and the exploration of space and the deep oceans.

Of his €600m allocation for France’s creative and cultural industries, including the building of film studios, Macron said: “It is a fight that is both civilisational and a value creator.”