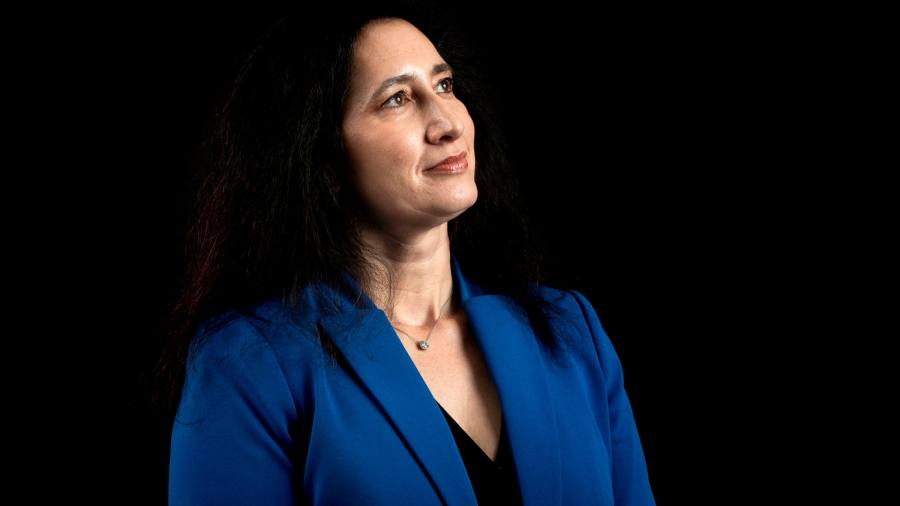 Good evening from Paris, where President Emmanuel Macron’s decision not to renew the mandate of France’s antitrust chief Isabelle de Silva has baffled many in and out of government and has sparked concerns in Brussels that someone who is softer on Big Tech could be drafted in to replace her.

De Silva was widely seen in European legal circles as a meticulous and highly competent competition tsar, having taken five years to diligently get on top of the complex sectors and files she worked on and imposing landmark penalties on Google and Apple.

The Franco-American lawyer told Leila Abboud and Javier Espinoza on Friday that she was “surprised” and “disappointed” by the decision, and that she expected to be renewed for a second five-year term.

De Silva, who will be leaving the post on Wednesday, added that “the type of work I’m doing is quite complex and [it’s] difficult to achieve results in a matter of a few months or a few years”.

It will take time for any successor to gain mastery of the intricate technology and markets she was regulating, such as online advertising and the functioning of app stores.

Her departure comes six months before presidential elections, in which Macron is himself seeking a second term, and at a time when the competition regulator is reviewing several large domestic mergers. One of them is the tie-up between TF1, France’s largest private broadcaster, and second-place private player M6.

France has been among the EU countries cracking the firmest whip on Big Tech in recent years, leading efforts to tighten regulation so that the likes of Google and Facebook are prevented from pursuing competition-dampening acquisitions. It has also advocated for a new draft law that would give EU countries more power to punish the tech behemoths that do not police illegal content effectively.

De Silva was at the forefront of antitrust oversight of Big Tech. Appointed in 2015 by then-president François Hollande, she became a prominent voice among European regulators and carried out antitrust investigations against Google, Apple and Facebook. In addition to fining Google, she managed to extract a pledge from the search giant to make changes to its advertising business.

There has been a range of theories floated in recent days over why Macron did not renew de Silva for a second term. Perhaps Macron wanted to appoint someone himself, rather than simply inheriting Hollande’s pick. Others have speculated that it was driven by a desire to push through the TF1-M6 merger, which de Silva admitted was a complicated and difficult case.

Still, some tech industry insiders are worried that Macron may end up appointing someone who is less aggressive on Big Tech as he seeks to strike a more conciliatory tone with the US and other European powers.

One Paris executive lamented the decision regardless of the reasons: “It was absurd and incomprehensible not to renew her. I don’t think we could have found better”.

1. Can the EU ever reach a middle ground on Big Tech regulation?

Isabelle De Silva will be stepping down as one of the main voices calling for greater EU oversight on Big Tech, just as frustration mounts in Belgium over heavy delays and the watering down of what was supposed to be radical new tech regulation. A blueprint unveiled last year set out plans to enforce onerous responsibilities on Google, Facebook, Amazon and others to clean up their platforms and ensure fair competition. Some fear that it could be a full three years before the new rules come into place, by which time Big Tech might well have captured key sectors of the economy.

The clamour for a bona fide crypto equity ETF has been growing. Though the US Securities and Exchange Commission has so far batted back requests for any exchange traded funds that directly invest in cryptocurrencies (even though these already exist in Sweden, Switzerland, Jersey, Germany and Canada), it has now allowed three bitcoin “lite” ETFs to start trading. These invest at least 80 per cent of their assets in companies that are “materially” engaged in activities such as cryptocurrency mining, trading and infrastructure.

Meanwhile, banks are facing mounting pressure from their internal trading desks and clients to launch services for cryptocurrencies. Though there is much grumbling from compliance departments and boards, there is nonetheless a feeling that something has to be done.

3. Too laissez-faire on cyber security threats?

In his first interview since stepping down earlier this month, the Pentagon’s chief software officer Nicolas Chaillan told the FT that he had been frustrated by the slow pace of technological transformation in the US military and a failure to take seriously the cyber security threat posed by China that was putting his children’s future at risk. Meanwhile, the FT’s editorial board has called for governments to work together to prevent cyber attacks, and for the creation of a global standard-setting body that would bring together national regulators to share information about hacks and vulnerabilities.

4. A rare victory for shareholders at China-based company

US shareholders managed to win compensation over corporate misconduct allegations made against Renren, the once high-flying Chinese social network turned start-up investor. The company settled for $300m with US investors over allegations of corporate misconduct, including accusations that the company had steered its best assets, including a stake worth hundreds of millions of dollars in the digital lender SoFi, towards Renren insiders including SoftBank.

The Taiwanese electric scooter and battery swapping group Gogoro has powered into the notoriously competitive and thorny automotive market in China via a special purpose acquisition company that valued the tech group at $2.35bn. Gogoro’s technology launched in Hangzhou on Monday is a sign of the enduring draw of the Chinese market despite Beijing’s crackdown on dominant domestic tech groups and foreign fundraising. “It’s just a huge market. There’s just so many vehicles on the road there, you’ve got to go in,” Horace Luke, Gogoro’s founder and chief executive, told the FT.