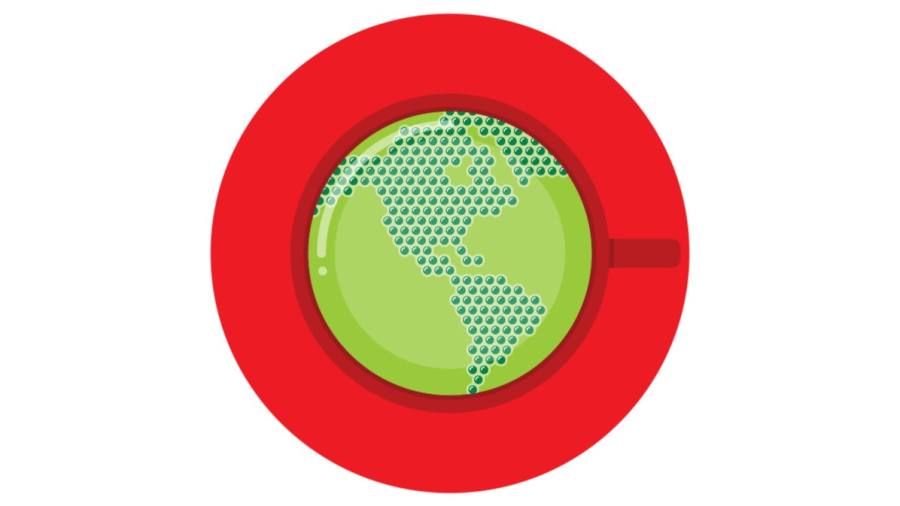 Eijiro Tsukada once took the world’s third biggest economy to the brink of a national grapefruit shortage.

Today, speaking in the fearless cant of the disruptive tech entrepreneur, he believes the next big thing will be freshly brewed powder matcha green tea. The world is about to want a lot more of it, says Tsukada, and people will pay good money for the real thing without all the usual fiddling.

With that, he turns a computer screen in his tiny office to show me the Cuzen Matcha, a beautiful device of his own design, calculatedly intended for global colonisation of the discerning home, office and café.

The machine grinds fresh leaves into perfectly sized granules, deposits them at the minutely calibrated height and rate into a self-whisking bowl and drizzles in the water at the exact temperature tradition dictates. It even has an empty “zone” at its centre to evoke the Zen state of Kuu in which matcha is best consumed.

Coming from anyone other than Tsukada, the pitch would sound fanciful. But his instincts are usually right. A career spent mostly at the Japanese drinks giant Suntory was built on his talent for developing and marketing hit products. Successes include the isotonic drink Dakara, the Green Tea Iyemon Tokucha and, above all, Gokuri – a drink so unexpectedly delicious that in 2003 sales were suspended as Japan scrambled to replenish its grapefruit stocks.

In his final years at Suntory, Tsukada reinvented himself as the company’s expert on Japanese tea, and the business of selling it outside his own country. Powdered matcha green tea broke out of Japan some time ago and, re-wrapped and re-marketed, has won an international following. Starbucks offers a sweet matcha latte. Lipton do matcha mint tea bags. Häagen-Dazs made it into an ice cream. Walmart will flog it to you in hefty tubs as a superfood.

All of this takes matcha a considerable distance from the near-sacramental role it assumes in the traditional Japanese tea ceremony – in which the correct placement of the bamboo whisk and contemplative remarks upon the provenance of the bowl are a big part of the fun. But who cares? Japan itself has changed significantly: 20 years ago the country brewed 70 per cent of its ordinary (non-matcha) green tea in a pot, and consumed 30 per cent from pre-mixed bottles. That ratio has now been completely reversed as tea’s “function” has shifted from relaxation to immediate thirst-slaking.

Now Tsukada sees a demand outside Japan for something that is purer than the instant matcha products available: a market, conditioned by the past 20 years of coffee connoisseurship, that would heartily embrace a real cup of freshly ground matcha if a high-tech bit of kit were put in charge of the complex milling and whisking processes. “If I don’t do it, someone else will,” he tells me.

What is striking about Tsukada’s ambition is the assumption that the worldwide march of “real” matcha will be achieved not on its own but via a machine. For this, fundamentally, is what remains at the heart of Japan’s interpretation of the word “tech”, no matter how pervasively its meaning has been broadened to cover everything from car-share services to online casinos.

Since losing its global dominance in semiconductors and other hardware, Silicon Valley has been more than happy for the definition of “tech”, and the instincts of tech entrepreneurs, to sway towards its own largely non-manufacturing approach. Whereas Japan’s technological core has, for better or worse, struggled to grasp the idea that new technology does not always have to begin with something tangible.

Turning Tsukada’s latest conviction into a product has followed a familiar pattern of Japanese hardware development: years of relentless technical improvement by perfectionist engineers. Given how radically the taste of matcha is changed by minute changes in granule size, getting the mill just right was especially frustrating.

The machine marks an enchanting and perhaps unwittingly pivotal moment for Japanese tech. Historically, the pattern of the country’s consumer technology was that machines were primarily intended for the domestic market – overseas popularity was a bonus. But that domestic market is now in decline. Subtly, Tsukada is pioneering something different: the business of taking a Japanese consumable and rendering it perfect for a non-Japanese consumer. It’s an approach that other, larger companies may soon realise their survival depends upon.