HTC is teasing a new VR device, which is going to be introduced during a virtual event on October 14, 8 AM PDT. According to rumors, the device will be called Vive Flow, hence the “Go with the Flow” tagline. 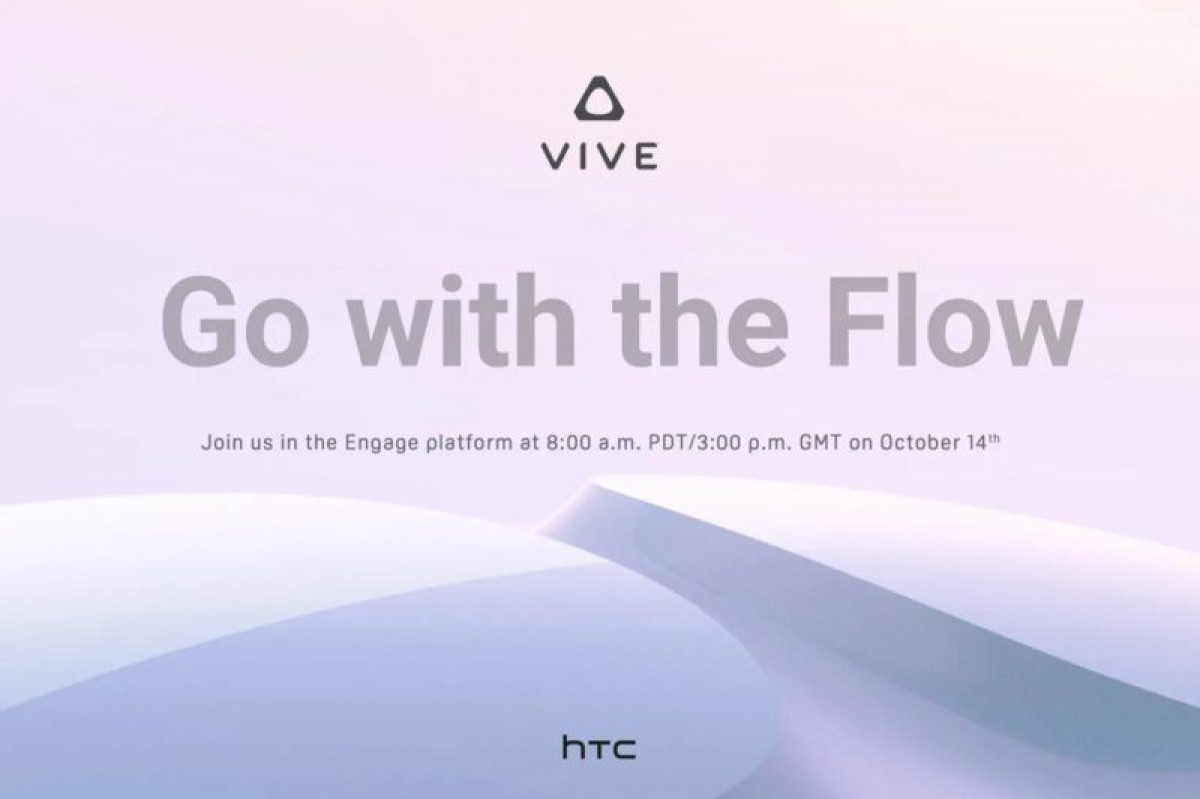 Inside sources say that the headset will be tailored towards multimedia consumption and will have access to some causal games. It’s probably safe to assume that the VIve Flow will be considerably lighter and more compact device, won’t come with controllers and will be considerably less powerful than its gaming-focused siblings.

The Flow will boast 6-degree freedom tracking making it more immersive than the Oculus Go, for example.

Lastly, the source mentions something about HTC working on a virtual world of its own called Viveport Verse. You would be able to take control of your 3D avatar and visit some events in HTC’s metaverse. An NFT showroom is also to be expected but the interesting part is that the Viveport Verse won’t be exclusive to VR headset owners. It’s going to be accessible through desktop computers and mobile devices.