The Realme GT Neo2 was introduced in September and quickly became a success in the company’s home market. The brand is now rolling it to international markets and we got a unit in our office to see if it’s got what it takes to compete. 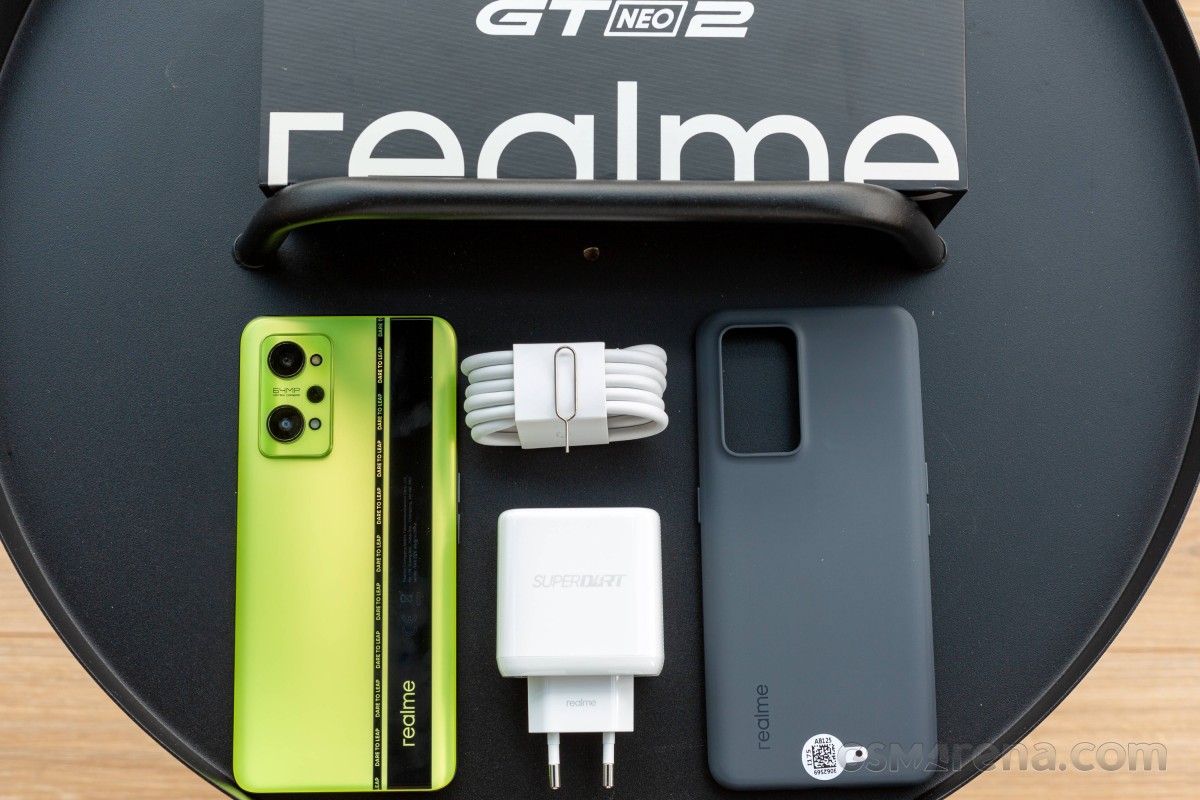 The Realme GT Neo2 looks nice in Black with the matte finish, but the Green one is truly an eye-catcher. Even if it doesn’t look as vibrant as the press images suggest, it is still a unique color choice for a smartphone. It is a glass panel, but the two black stripes are glued on top, so they might be prone to scratches.

The front is also impressive – a 6.62” Samsung E4 AMOLED with a 120Hz refresh rate. You don’t get much in terms of variability though – just Standard 60Hz or High, with the latter reverting to 60Hz when the app can’t utilize higher refresh rates or simply doesn’t need them. The bezels are nicely slim and the punch hole in the left corner is as unobtrusive as they come. 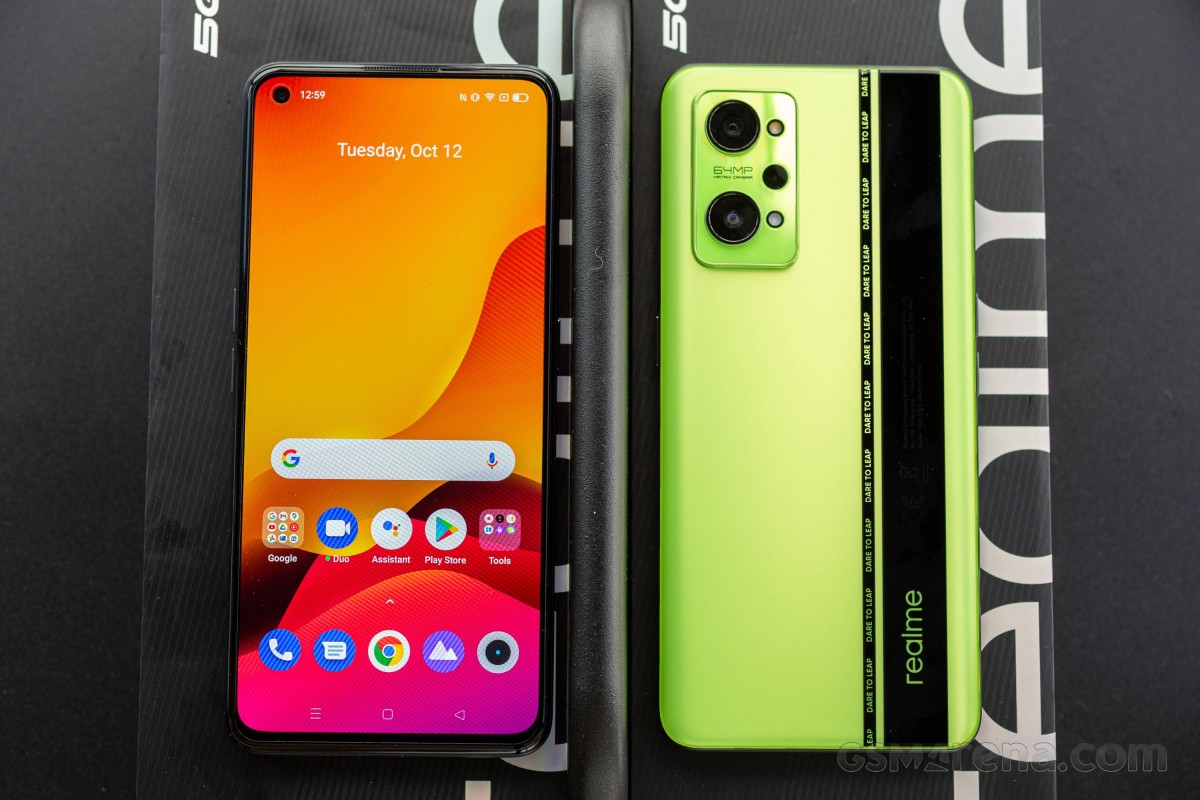 Our unit runs Realme UI 2.0 on top of ColorOS 11 (which is based on Android 11), despite earlier rumors of it launching with the Android 12-based Realme UI 3.0. We hope the update is not going to take long, at least.

The battery capacity is upgraded to 5,000 mAh and the phone supports 65W SuperDart fast charging. Realme suggests the entire battery can be charged in just 36 minutes. We also expect great things in terms of endurance seeing how the original GT Neo scored 114h in our Endurance rating with its 4,500mAh battery. 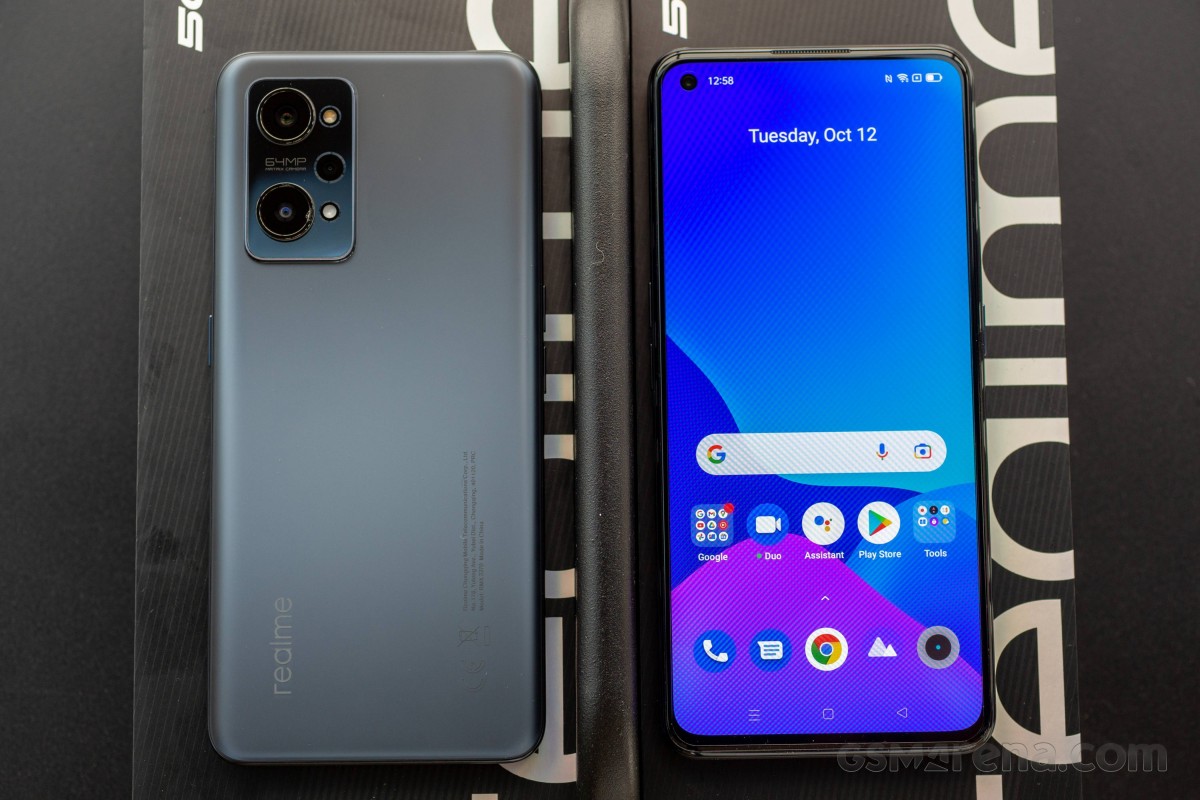 On paper the Realme GT Neo2 looks really promising, striking a great balance between price and performance. We’ll see if it maintains those impressions by the time our review is complete – stick around!