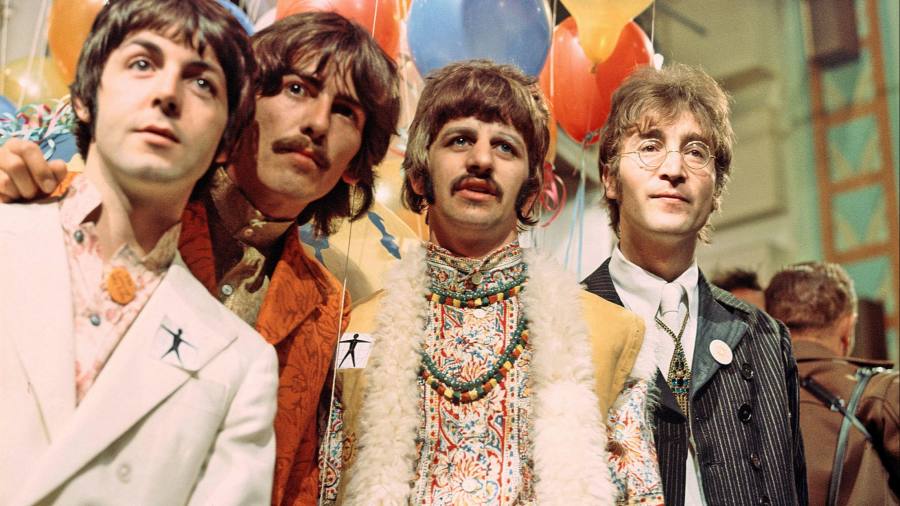 Half a century ago, a divorce occurred that reverberates to this day. “John [Lennon] walked into a room one day and said I am leaving the Beatles,” Paul McCartney said this week, denying that he himself had triggered it. Some of the band’s last sessions together will be shown next month in a documentary on the making of their 1970 album Let It Be.

The Beatles were ahead of their time in forming a creative unit, in contrast to the solo singers supported by backing bands of the 1950s, and they also pioneered the break-up. Simon & Garfunkel split in 1970, Peter Gabriel left Genesis in 1975, and Bryan Ferry released his album Let’s Stick Together in 1976 after Roxy Music first disbanded.

Break-ups are always emotional: “It was the biggest mistake I’d ever made in my life,” Steven Van Zandt said of leaving the E Street Band in 1984 in protest at not feeling involved in decisions. He later returned and Bruce Springsteen reflected last year that “I had to learn to value [the band’s members] perhaps a little more than I did.”

Whether going solo is an astute financial decision is less predictable. Many former members regretted their isolation in the heyday of digital music piracy, when touring for loyal fans was the best way for bands to replace lost income. Time and money have a way of soothing tensions, although a Genesis reunion tour this month was curtailed by a coronavirus outbreak.

The revival of the industry through subscription streaming has changed that calculation, with Universal Music Group valued at €45bn this week after going public in September. Top stars discovered during the pandemic that they could get by quite well without performing alongside former friends and band members.

The rewards are best for singer-songwriters who can sell publishing rights to music for high prices. Blackstone, the private equity group, is investing $1bn in a fund to buy catalogues, run by Hipgnosis Song Management. An investor group led by KKR is close to paying $1.1bn for a portfolio including work by Lorde and The Weeknd.

“It’s no secret that the art of songwriting is the fundamental key to all great music,” said Lucian Grainge, chief executive of Universal Music, as it acquired Bob Dylan’s songs for $300m last year. It is also key to the highest returns — Adele, whose new album comes out next month, is paid both for performing music and writing it.

Charts are now dominated by solo acts rather than bands. Although venerable names such as the Rolling Stones, the Eagles and Fleetwood Mac remain wealthy, only 14 of the top 40 earners on Billboard’s 2020 US Money Makers list were bands. The reality show band has faded in the US, leaving South Korean outfits such as BTS and Blackpink.

This is driven by various factors, from changing tastes to Instagram branding, but financial incentives play a role. Many bands are fashioned around one or two pivotal figures and the rewards to them for going solo are often higher now. Paul Simon was pulling more weight when Simon & Garfunkel broke up, yet he only sold his catalogue to Sony Music earlier this year.

But there are reasons to beware divorces. One is the long-term insurance of solidarity. It is hard to cultivate one name, let alone several — Harry Styles has done best since the demise of One Direction in 2015. Music’s recent history shows both that markets can change fast, and that the potential of brands crystallises over decades.

One study concluded that while there are strong incentives for bands to split if one individual has superstar status, “for the average, non-superstar group member . . . it is better for the band to stay together”, provided that the income is equally shared. Bands tend to be more effective in maintaining a long-term presence in music charts.

The proviso about sharing rewards is significant. The songwriters at the heart of bands were always powerful and their advantage has grown — only a few bands, such as REM, have shared publishing as well as performing rights. Van Zandt told the FT of his regret at the E Street Band not having a similar arrangement with Springsteen.

A second reason is that bands will often provide emotional as well as financial support to their members. The stress of being a performer is well-known — exuberance, anxiety and isolation often encourages substance abuse. “We looked out for one another . . . and one thing would lead to another and people would go into rehab,” Springsteen said of the E Street Band.

Stars with solo careers were twice as likely to die prematurely as those in bands, a study of 1,489 performers found. Brian Jones drowned in his pool in 1969 shortly after leaving the Rolling Stones, and staying together turned out well for the others. Charlie Watts, the band’s former drummer, reached 80 before dying in August.

Today’s stars are surrounded by advisers, and have the advantage of learning from history, if they choose. But there is nothing like being brought to your senses by someone who knew you when you were nobody, no matter how valuable you have become.