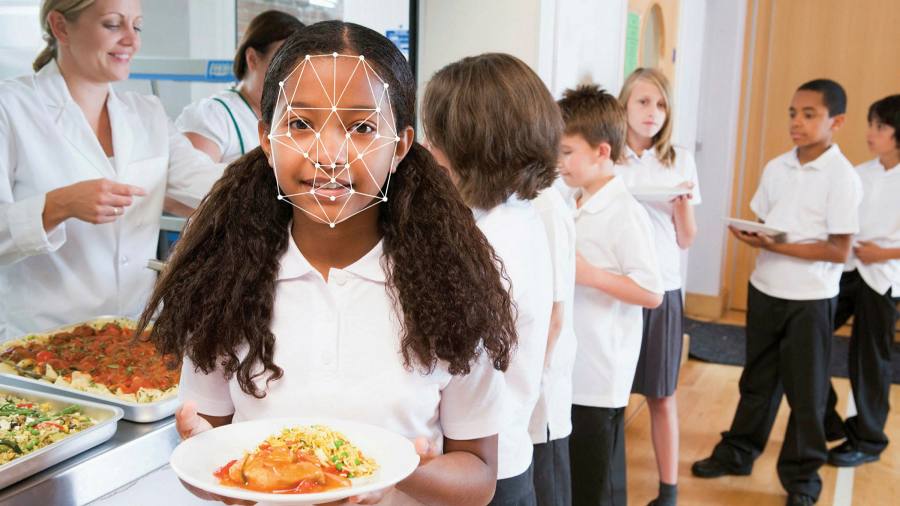 Facial recognition computers have found an unlikely new niche: scanning the faces of thousands of British pupils in school canteens.

On Monday, nine schools in North Ayrshire will start taking payments for school lunches by scanning the faces of pupils, claiming that the new system speeds up queues and is more Covid-secure than the card payments and fingerprint scanners they used previously.

“It’s the fastest way of recognising someone at the till — it’s faster than card, it’s faster than fingerprint,” said David Swanston, the managing director of CRB Cunninghams, the company that installed the systems.

“In a secondary school you have around about a 25 minute period to serve potentially 1,000 pupils. So we need fast throughput at the point of sale.” He said the average transaction time was cut to five seconds per pupil.

Many British schools have used other biometric systems, such as fingerprint scanners, to take payments for years, but privacy campaigners said there was little need to normalise facial recognition technology, which has been criticised for often operating without explicit consent.

“It’s normalising biometric identity check for something that is mundane. You don’t need to resort to airport style [technology] for children getting their lunch,” said Silkie Carlo of the campaign group Big Brother Watch.

Swantson said cameras check against encrypted faceprint templates, which are stored on servers at the schools and 65 school sites had signed up.

If there is a less intrusive way, that should be used.

He argued that CRB Cunningham’s system, which was piloted by Kingsmeadow Community school in Gateshead in the summer of 2020, was different from live facial recognition, which scans through crowds to identify faces.

Live facial recognition has previously caused controversy after being used by schools for security or to monitor attendance. New York State has temporarily banned this practice, and Sweden has fined a municipality that trialled such a scheme.

North Ayrshire council said that 97 per cent of children or their parents had given consent for the new system. “Pupils often forget their PINs and unfortunately some have also been the victim of PIN fraud, so they are supportive of the planned developments and appreciate the benefits to them,” the council said.

But some parents said they were unsure whether their children had been given enough information to make their decision, and suggested that peer pressure had also played a role.

The Department for Education shares guidance on regulation with schools, but it is up to schools to decide decide on the use of facial recognition technology. In response to a Freedom of Information request by Pippa King, who runs the Biometrics in Schools blog, the department said it held no data relating to the use of facial recognition in schools.

King said European countries were taking the collection of biometric information from children “far more seriously” and called for more debate in parliament on the subject.

Fraser Sampson, the Biometrics Commissioner for England and Wales, said that just because schools can use the technology does not mean they should. “If there is a less intrusive way, that should be used,” he said.