Realme already has a sprawling Realme 8 lineup going and continues to expand on it further with the new Realme 8s 5G.

Let’s put it into context real quick. On the one hand, Realme has its vanilla and Realme 8 Pro in sort of the “higher-end” of the family, rocking Super AMOLED panels and slightly more-advanced camera setups. Though, still relatively modest chipsets. We can put the Realme 8i into the same general category, though it is arguably geared more towards budget gamers with its 120Hz IPS display. What all of these devices above have in common is LTE connectivity, or rather the lack of 5G support. To sort of address that, Realme introduced the Realme 8 5G. 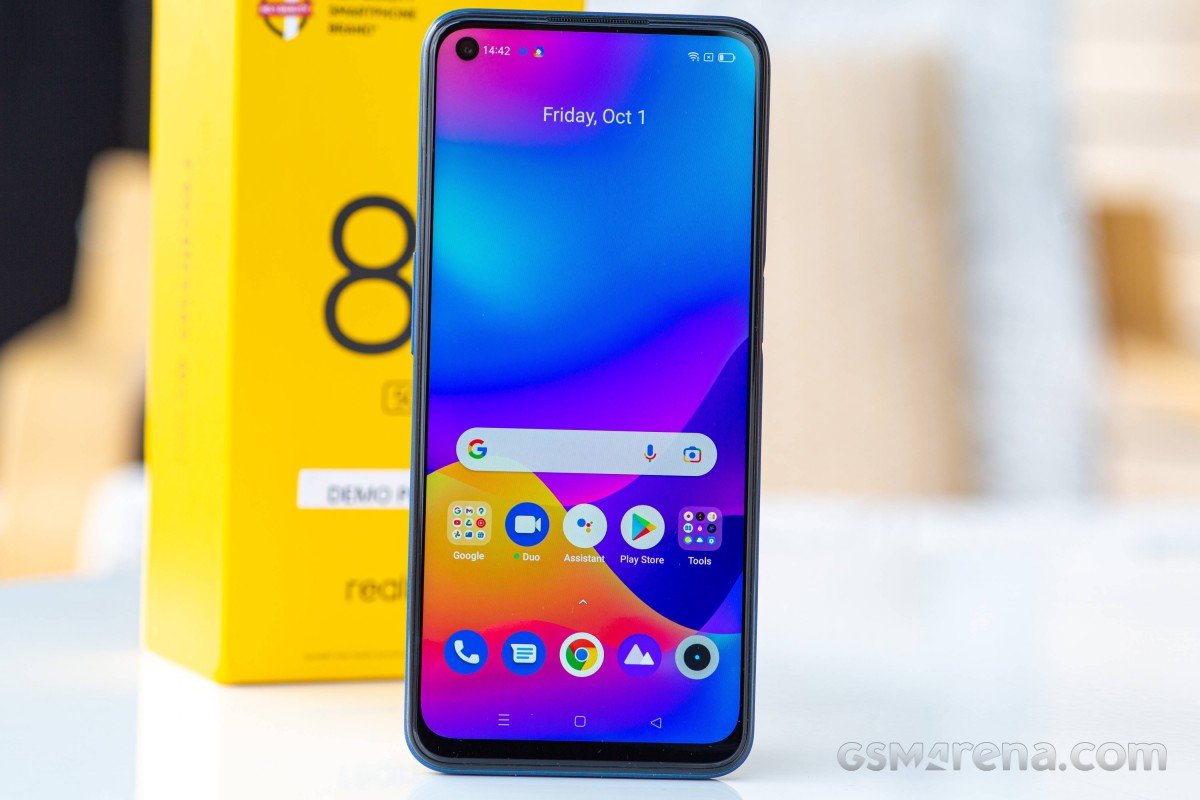 Adding 5G into the mix without breaking the price point too badly, however, meant sacrificing on a few other hardware aspects of the device, essentially making for a “lesser” device in most aspects other than 5G. While 5G support is still quite expensive, hardware prices have been coming down rather rapidly. Enter the new Realme 8s 5G – a device that comes in at roughly the same price as the Realme 8 5G but offers extra hardware value for money.

Mind you, you are still not getting quite as fancy of a display as the Realme 8 or Realme 8 Pro, but compared to the older Realme 8 5G, you do still get a brighter 90Hz IPS panel, advertised at 600 nits. Another upgrade is the Dimensity 810 5G chipset – a relatively minor step-up from the Dimensity 700 5G, but still a nice bump up in CPU speed and a batter 6nm manufacturing process. The Realme 8s 5G also swaps the primary camera for a higher-res 64MP unit and includes gyro-EIS support. Base storage is now bumped up to 128GB. And last but not least, the 5,000 mAh battery can now charge at up to 33W in the Realme 8s 5G.

That about covers the upgrades the Realme 8s 5G offers over the Realme 8 5G, and the list is actually quite impressive, in our opinion. As far as we currently know, the Realme 8s 5G will only be selling in India. Of course, pricing for it will vary, and Flipkart already has some kickbacks. Then again, deals for the older Realme 8 5G could easily tip the value proposition calculation one way or the other. 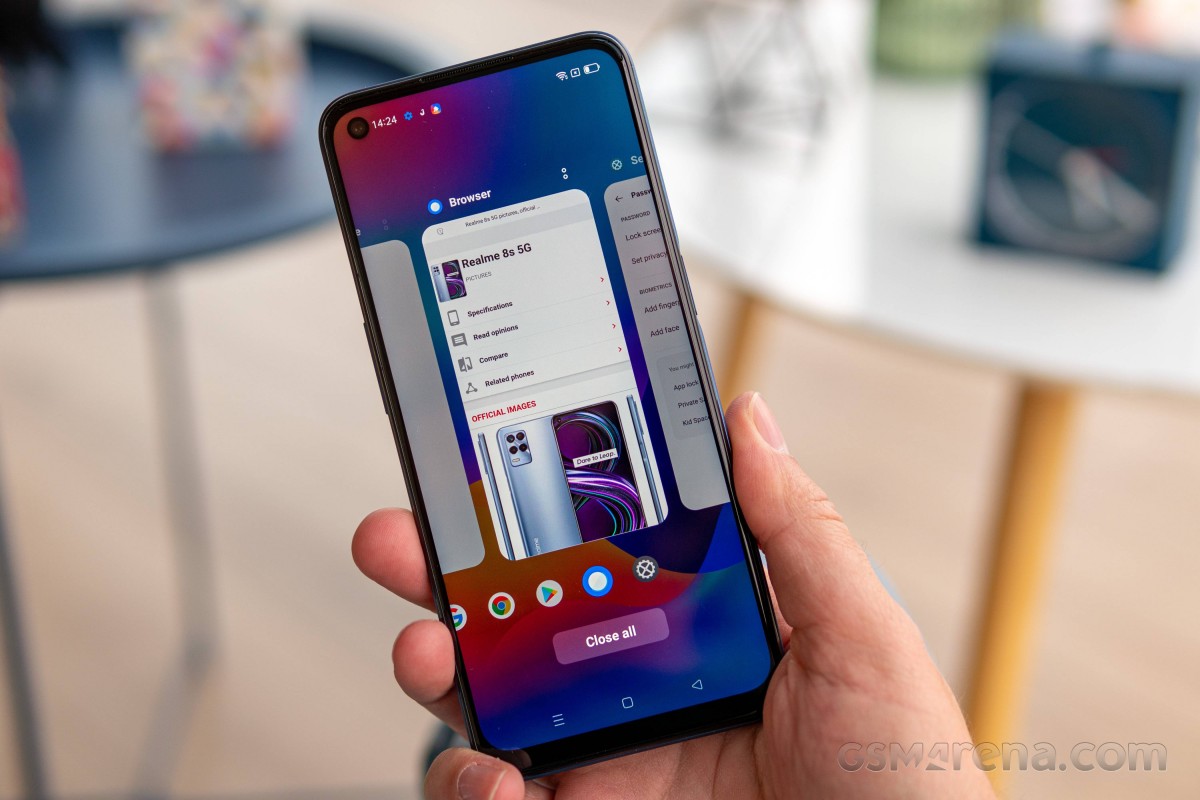 Regardless, on paper, the Realme 8s 5G appears to offer a nice, little, all-around upgrade here and there to the Realme 8 5G. Join us on the following pages as we attempt to see whether all of the changes work together nicely and make for a better all-around phone.

Let’s start with unboxing first, though. Realme has its own ongoing style in this department. A bright yellow, two-piece box with plenty of structural integrity and hardness to keep everything nice and secure. There is a plastic cradle on the inside to hold the actual phone in place too. No complaints there. 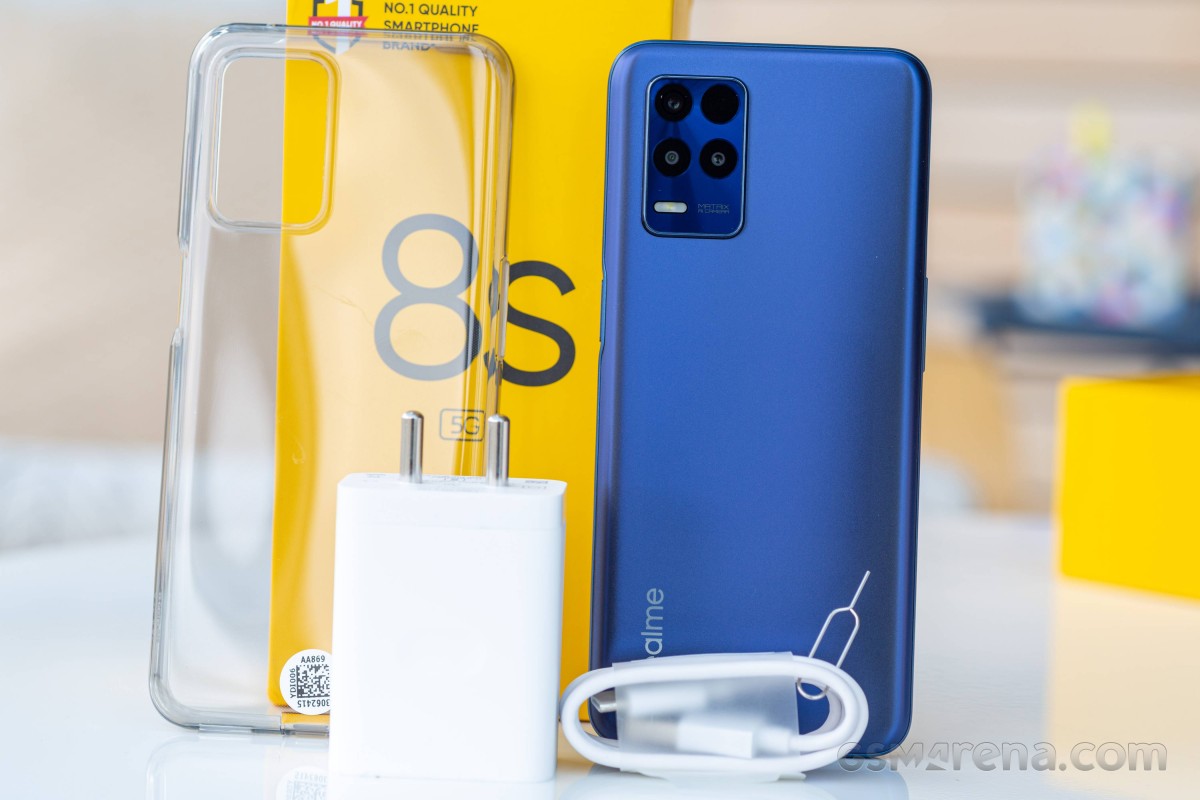 You get a relatively decent accessory package, by modern standards, which includes a rather chunky wall charger that can output up to 33W of power, a USB Type-A to Type-C cable and last, but not least, a pretty decent, transparent TPU case, so you can start using the Realme 8s 5G worry-free right away.